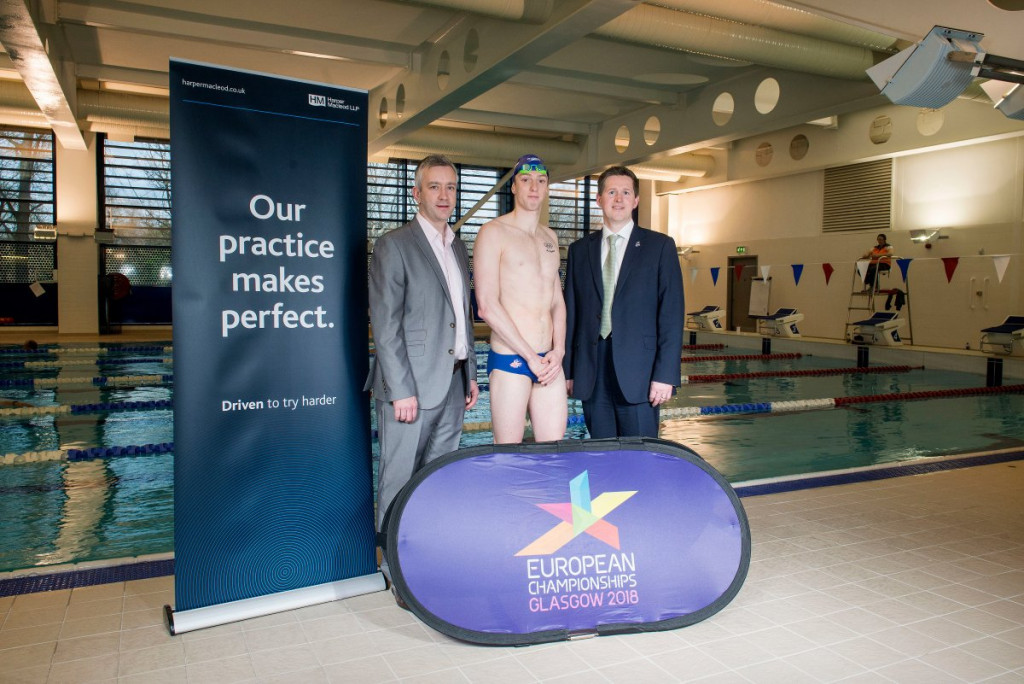 Glasgow 2018 has announced the appointment of leading Scottish law firm Harper Macleod as legal adviser to the European Championships.

The appointment builds on Harper Macleod’s involvement in the 2014 Commonwealth Games in the Scottish city, where it carried out a similar role.

They were joined by British swimmer Dan Wallace, an Olympic silver medallist in the men’s 4x200 metres freestyle relay at Rio 2016.

Harper Macleod, independently regarded as Scotland's leading sports lawyers and one of the country's largest law firms, will provide a broad range of legal services required to support of delivery of Glasgow 2018, including commercial contracts, IP, governance and regulatory matters.

The firm, appointed to the role following a competitive public procurement exercise, has a track record of advising on the delivery of large-scale sporting and cultural events and will provide a lawyer to the Glasgow 2018 on secondment to the in-house team.

"We know just what it takes to make a multi-sport event such as this happen, and happen successfully as Glasgow proved three years ago," Darroch said.

"Glasgow 2018 will give us an opportunity to once again use the unique set of legal skills required to deliver a championships that everyone can enjoy and be proud of.

"We are lawyers who love sport, it is in the firm's DNA, so we were determined to win this role once we knew the country had landed the first-ever European Championships, just as we did with the Commonwealth Games almost six years ago.

"We're delighted to have been appointed to advise on the inaugural event which we are sure is going to excite the Scottish sporting public.

"One clear legacy of the previous championships is that Glasgow, and indeed Scotland, is now regarded as an international sporting centre of excellence and major events such as this provide economic stimulus as well as a feel-good factor which is almost impossible to quantify."

As part of the inaugural European Championships in 2018 around 3,000 athletes are due to compete in Scotland in six events - aquatics, cycling, golf, gymnastics, rowing and triathlon - from August 2 to 12.

A further 1,500 athletes will compete in Germany’s capital Berlin as part of the European Athletics Championships from August 7 to 12.

The event will build on Glasgow and Scotland’s track record of hosting major international events, including the 2014 Commonwealth Games, 2014 Ryder Cup and 2015 World Gymnastics Championships.

It is hoped the quadrennial showpiece will elevate the status of European champions and attract a potential television audience of up to 1.03 billion across the continent, with a wider audience via digital platforms.

"It's fantastic to have another major championships such as this in Scotland and I’m looking forward to the event," the Scot said.

"It's a real motivation for me and all our swimmers, and I'm sure all the athletes in the other six sports, to have the reward of a home championships driving us on to do our best and hopefully make the team.

"Nothing beats having a home support spurring you on when it comes to the competition."