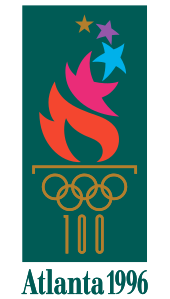 America's reputation for staging major events suffered a major setback with these Olympics that seemed to lurch from one disaster to another.

They were mired in controversy from the moment they were chosen by the International Olympic Committee in 1990 ahead of the sentimental favourite Athens, who had taken it for granted they would be allowed to host the centennial Games.

Logistical problems, ranging from computer glitches to out-of-town bus drivers who did not know where they were supposed to be going, and over-commercialisation haunted Olympic officials from the start.

But the worst incident was a bomb planted in Centennial Park that left two people dead and more than 100 injured. It was to take nine years before the attacker was caught and convicted.

Even the IOC president Juan Antonio Samaranch broke with tradition at the closing ceremony and refused to call them the best Games ever. Instead he called them "most exceptional".

There were some memorable moments, including the Olympic flame being lit by Muhammad Ali as the world watched spellbound.

There was no doubt about the quality of the performances on the track where Michael Johnson achieved a 200 and 400 metres double that included a world record of 19.32sec in the shorter sprint. France's Marie-Jo Perec matched his double

Canada's Donovan Bailey set a world record in the 100m, a race nevertheless overshadowed by the disqualification of the defending champion, Britain's Linford Christie, for two false starts.

One of Christie's teammates enjoyed better Games. Rower Steve Redgrave won a fourth consecutive gold medal but appeared to retire afterwards when he said, "If anyone sees me near a boat again shoot me."

Redgrave was Britain's only gold medallist of an Olympics that were so poor they sparked a national debate.

Redgrave's achievement was matched by Carl Lewis, whose victory in the long jump earned him a record-equalling ninth gold medal.