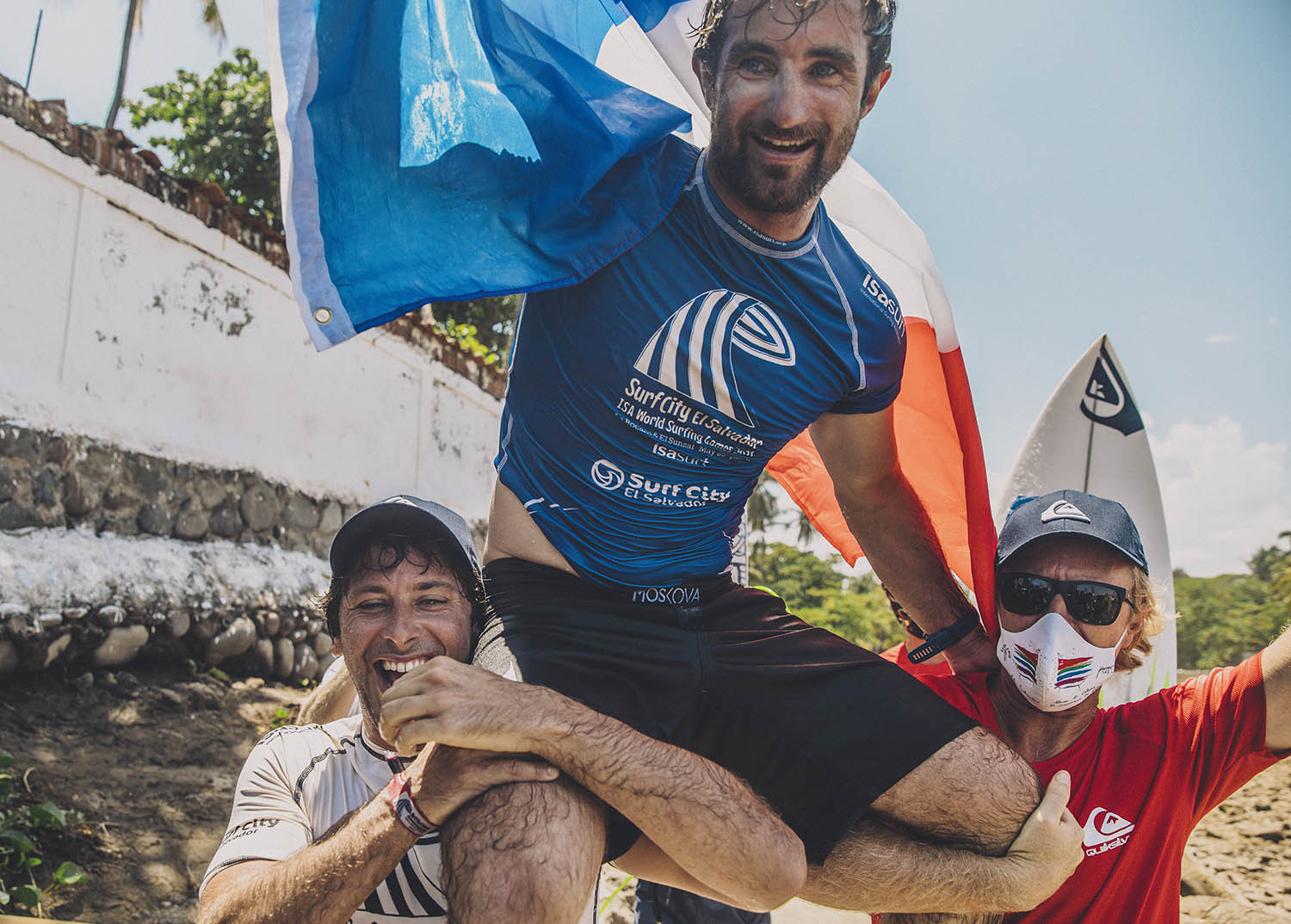 Australian Fitzgibbons and Frenchman Duru took the titles with impressive displays that showed they will be among the surfers to beat at the Tokyo 2020 Olympics, where the sport is set to make its debut.

Fitzgibbons claimed the women’s final and the gold medal with 14.1 points, finishing five points clear of her nearest rival with a dominant display.

Daniella Rosas of Peru finished fourth with 5.26 points, and earned the copper medal.

In the men’s final Duru produced a powerful display to win gold with 14.94 points.

The silver medal went to Kanoa Igarashi of Japan with 13.74 points, with Jeremy Flores of France taking bronze with 12.94 points.

The copper medal went to Hiroto Ohhara of Japan who scored 6.83 points.

Ohhara also secured the final surfing place at Tokyo 2020 after beating his rival for the spot Shun Murakami in the final repechage round.

The medals were also decided in the team competitions, with gold going to France, silver to Japan, bronze to Portugal and copper to Peru.

The surfing competition at Tokyo 2020 is due to be held at the Tsurigasaki Surfing Beach, with action due to begin on Sunday July 25, subject to wave conditions.