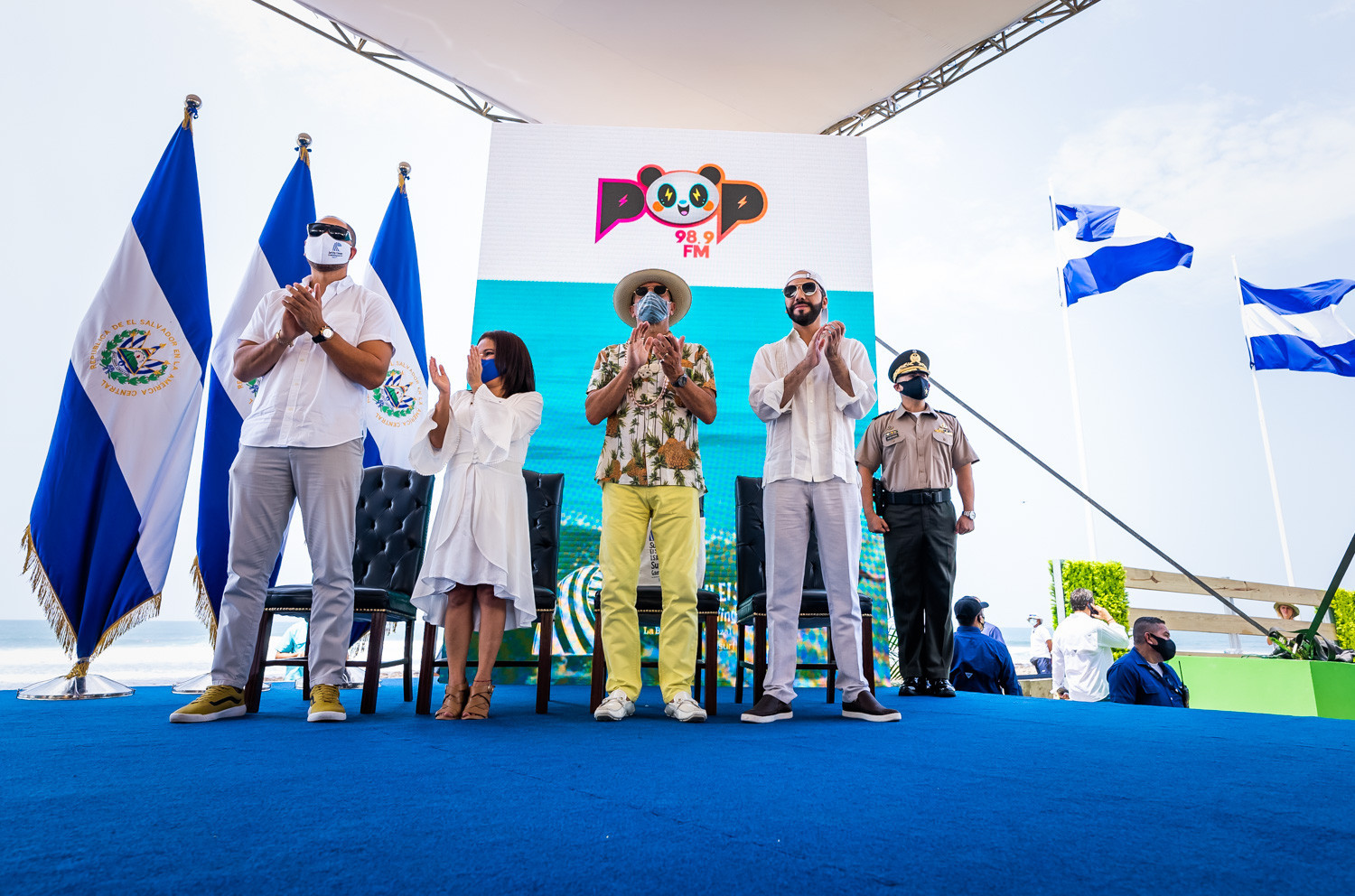 Action at the World Surfing Games is taking place at El Sunzal and La Bocana in El Salvador, at a location dubbed Surf City.

The five-year project to develop Surf City has been led by El Salvador’s President Nayib Bukele and the country’s Government, with the aim of building a "new future" for the country.

Aguerre said he is very grateful to El Salvador for hosting the event, where 12 places at the Tokyo 2020 Olympics are up for grabs.

"When a surf spot gets developed, that creates an interest to travel to that destination, so this is like a win-win," said Aguerre, as reported by the Los Angeles Times.

"If those things happen to change perceptions, that’s a big deal."

President Bukele was present at the World Surfing Games Opening Ceremony on May 29 and used a speech to describe the sport as "a pillar of El Salvador’s future."

"A couple years ago we decided that El Salvador had to build a new future," he said.

"To change all the things that we suffered in the past we had to build a new destiny.

"As strange as it sounds, we decided that surfing would be part of that destiny. Surfing is one of the pillars of our future.

"This task of making El Salvador a world-class surf destination we cannot do by ourselves.

"We need the help of the athletes to get the word out, to post pictures on your Instagram, to tell the story of what you found here and what you think about it.

"We need you tell the story of how the people treated you, how you felt, the weather, the sun, the nonstop waves, the warm water, and all the vibes.

"I ask you to please be our ambassadors and spread the good word about our country. When you all become old, far from now, you will look into the past and remember that you started it all."

Before the coronavirus pandemic, El Salvador’s Government had projected Surf City would create 50,000 jobs and indirectly support another 300,000.

Morena Valdez, El Salvador’s Tourism Minister, who was also on stage during the World Surfing Games Opening Ceremony said: "The main purpose (of Surf City) is to make El Salvador a good destination to visit, invest and live.

"Surfing definitely changes lives. That’s something we see in El Salvador as well as other countries."

As competition continues work to promote Surf City is also ongoing, with fresh coats of paint being applied during the event to new hotels, restaurants and shops in the area.

Posters showcasing Surf City featuring images of waves and the blue and white of the country’s flag are a feature of roads on the 20 miles between capital San Salvador and Surf City, alongside signs that warn drivers to "slow down, surfers are on the highway."