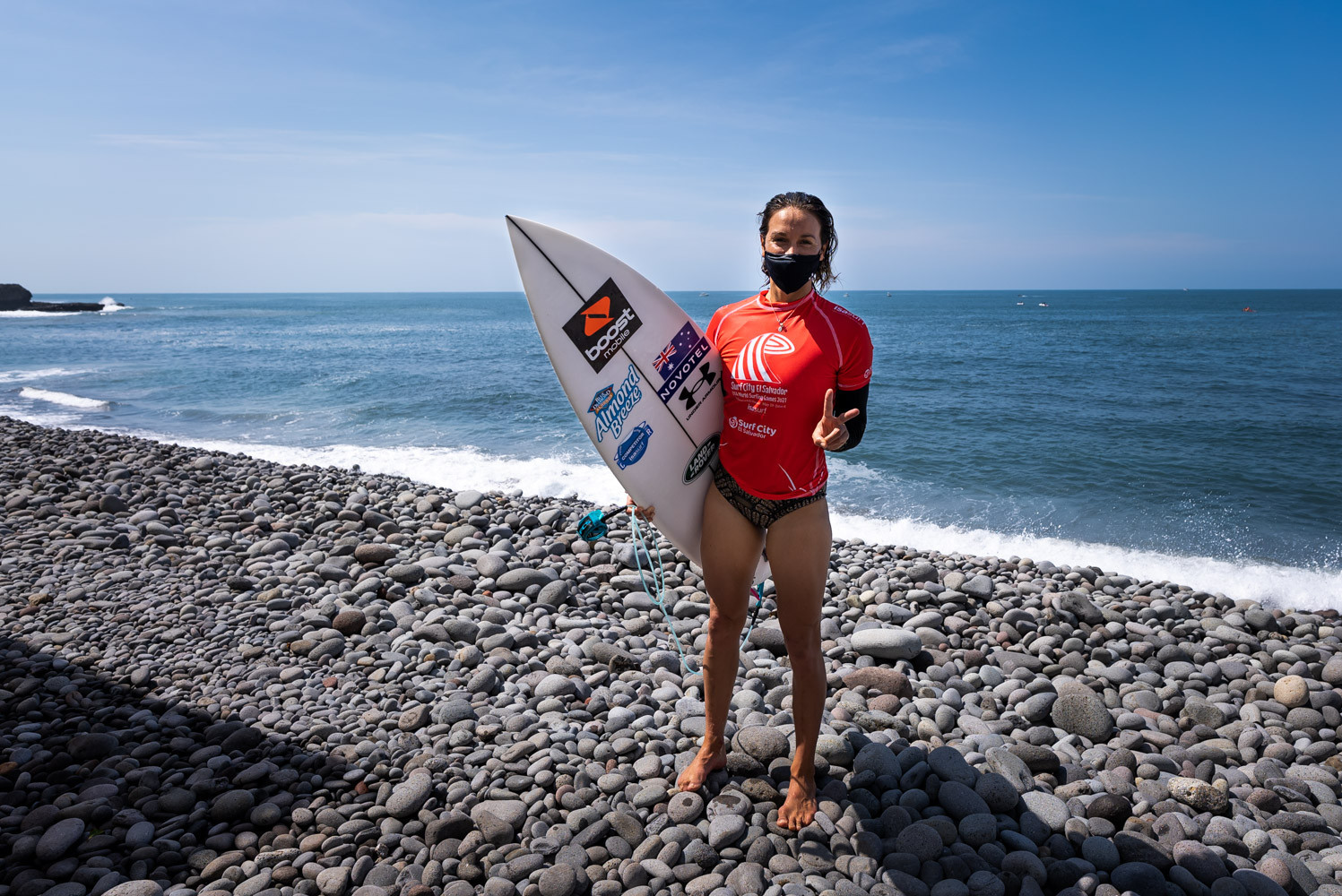 Sally Fitzgibbons led the way in round two of the women's contest at the World Surfing Games in El Salvador, posting the highest score, although the event was hit by several high-profile withdrawals.

The Australian's 12.34 was the best two-wave score of the round so far, and sealed her progression from heat two along with Rachel Presti from Germany.

New Zealand had a good day, as although Paige Hareb and Saffi Vette were drawn in the same heat, they occupied the top two spots to advance.

Reigning champion Sofía Mulánovich finished last in her heat so faces the repechage.

This event offers seven Olympic quota places for women, and five for men, but following coronavirus cases reported by the International Surfing Association (ISA) several athletes who have already qualified for the sport's Olympic debut have withdrawn.

Brazil's Tatiana Weston-Webb and Costa Rica's Brisa Hennessy have both dropped out, as has Gabriel Medina, the men's bronze medallist in 2019.

Weston-Webb and Medina were also in the Brazil side that won the team gold medal at the 2019 edition of the World Surfing Games in Japan.

Their compatriot Italo Ferreira - the reigning men's champion - advanced from round two in style today, with a two-wave score of 13.93.

Only home surfer Bryan Perez - on 14.16 - performed better in the judges' eyes across the entire round.

Australia's Ryan Callinan was among the more high-profile surfers to be sent to the repechage, outscored by Spain's Aritz Aranburu and Irishman Gearoid McDaid.

The ISA has offered an update on the seven individuals who were in a quarantine hotel due to testing positive for COVID-19.

Further negative tests yesterday meant that all were allowed to rejoin the competition, after results came back this morning.

The three people in the quarantine hotel will be tested daily and cannot leave until they test negative for COVID-19, in accordance with El Salvador's Government policy.

For a picture gallery of day two's action, click here.