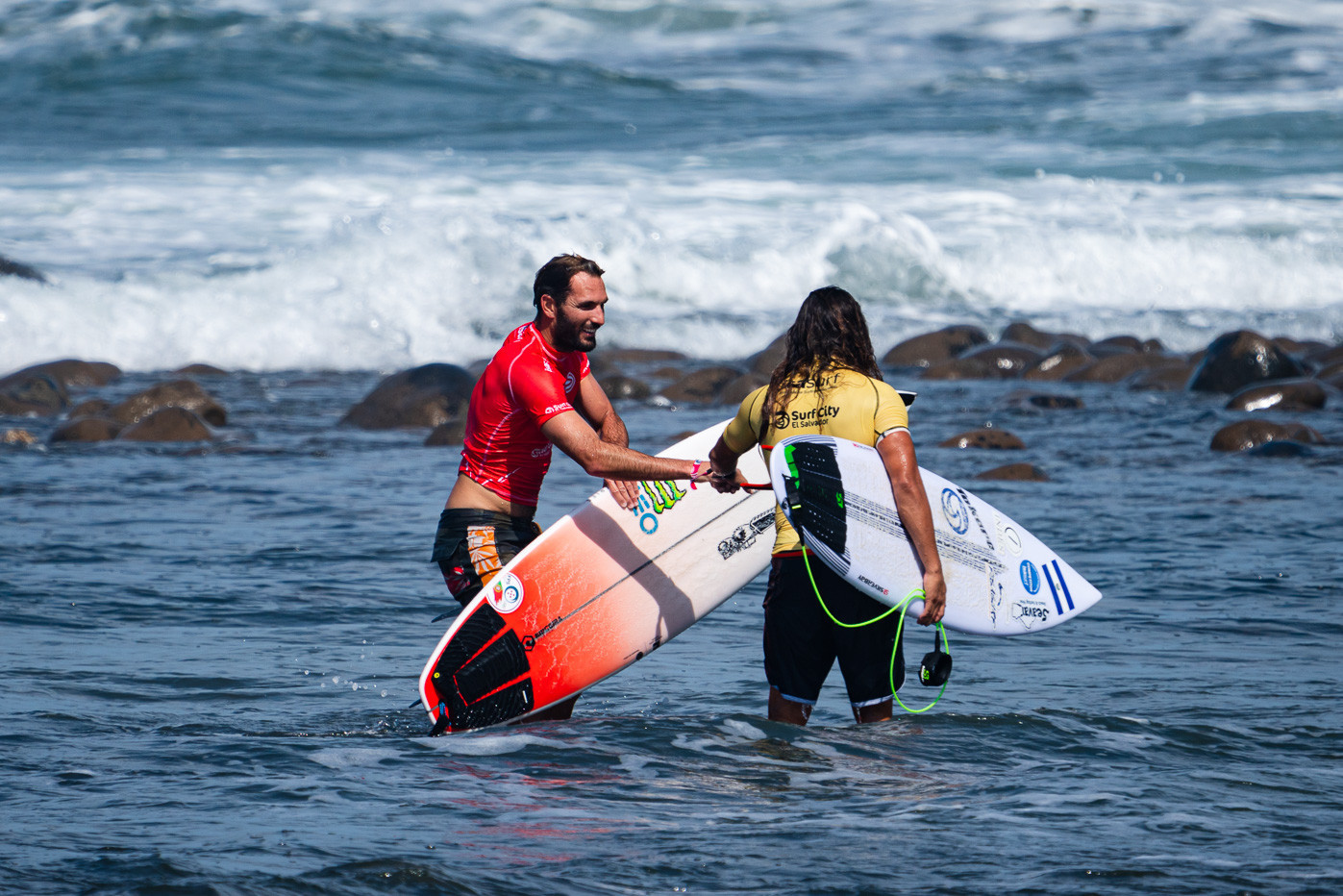 Main round heats got the action underway on the opening day of the World Surfing Games in El Salvador.

In the men’s draw, a total of 24 heats were contested today at "Surf City", on the first day of a competition where five men’s places at the Tokyo 2020 Olympics on offer.

Heat one was won by Ramzi Boukhiam of Morocco with 10.46 points, with heat two won by Canada’s Cody Young with a score of 13.67 points.

Heat three went to Frederico Morais of Portugal with 13.43 points, while Lucca Mesina of Peru took heat four with 10.3 points.

Defending men’s world champion Italo Ferreira of Brazil won the 13th heat with the highest total of the first day as he scored 16.43 points, while heat 14 was won by Britain’s Luke Dillon with 9.7 points.

Heat 15 was won by Rio Waida of Indonesia with 13.26 points, while Anthony Fillingim of Costa Rica took heat 16 with 12.97 points.

Japan’s Hiroto Ohhara won heat 17 with 13.37 points, while the 18th heat was a highlight for the host nation as El Salvador’s Bryan Perez triumphed with 9.1 points.

Oney Anwar of Indonesia won heat 19 with a total of 11.76 points, while the 20th heat saw the second highest total of the day, 16.4 points, enough to give the win to Noe Mar McGonagle of Costa Rica.

Gabriel Medina of Brazil, the winner of the most recent World Surf League men’s Championship Tour event in Australia won heat 21 with 12.5 points, while Aritz Aranburu of Spain took the 22nd heat with 10.1 points.

In the women’s event, 24 heats were also contested on the opening day of a competition in which seven women’s places at Tokyo 2020 are up for grabs.

Victory in heat one went to Ecuador’s Genesis Borja with 6.43 points.

Australia’s Sally Fitzgibbons, winner of the most recent World Surf League women’s Championship Tour event in Australia triumphed in heat four with 10.34 points, while Alyssa Spencer of the United States took heat five with the best women’s score of the day - 16 points.

Heat six went to Teresa Bonvalot of Portugal with 13.24 points, while Spain’s Ariane Ochoa won the seventh heat with 9.73 points.

Leticia Canales of Spain was victorious in heat 10 with 11.6 points, with Omela Pellizarri of Argentina the winner of heat 11, scoring 11 points.

Nilbie Blancada of the Philippines took the 12th heat with 12.3 points, while a closely contested and low scoring 13th heat was won by Candelaria Resano of Nicaragua with 7.97 points.

Brisa Hennessy of Costa Rica took the 14th heat with 13.5 points, while Noah Klapp of Germany won heat 15 with 11.47 points.

Tatiana Weston-Webb of Brazil won the 16th heat with 13.16 points, while Paige Hareb of New Zealand took victory in heat 17 with 10.83 points.

Lorena Fica of Chile was victorious in the 18th heat with 7.64 points, while Camilla Kemp of Germany won heat 19 with 10.1 points.

Fanny Buhlmann of Switzerland was the victor in heat 20 with 5.54 points, while Mahina Maeda of Japan took the 21st heat with 12.93 points.

Lucia Indurain of Argentina won heat 22 with 9.93 points, while the 23rd heat went to Canada’s Bethany Zelasko with 10.94 points.

The final heat of the day was won by Japan’s Shino Matsuda with 24.4 points.

Competition is scheduled to continue tomorrow at La Bocuna and El Sunzal with heats due to take place in the first and second rounds of the men and women’s main events.

For a picture gallery of day one's action, click here.