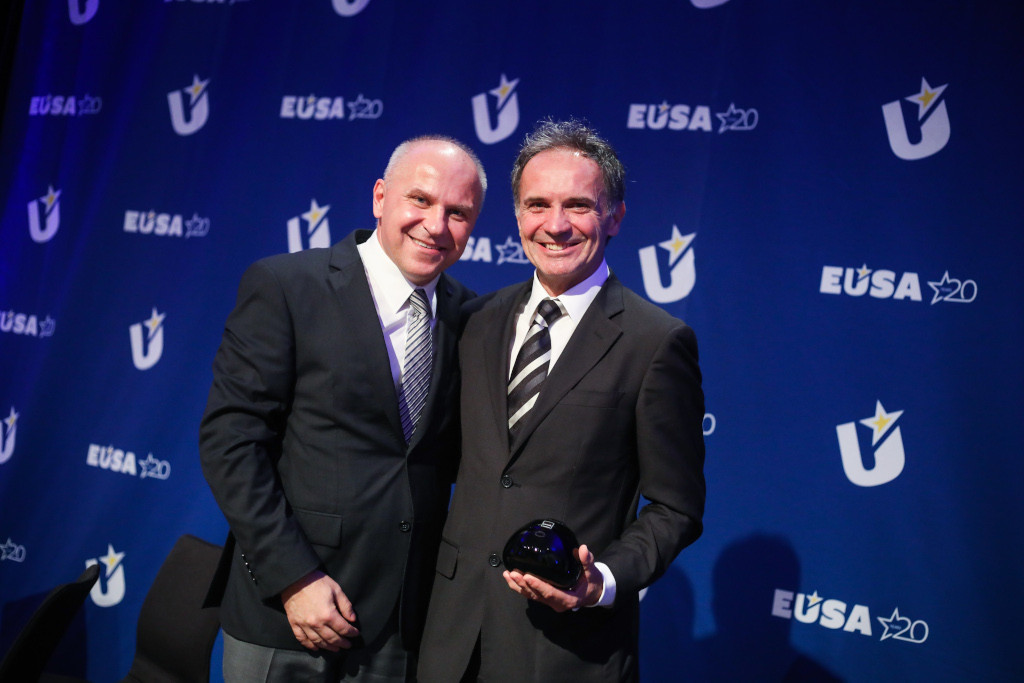 The European University Sports Association (EUSA) celebrated its 20th anniversary with an award ceremony, which honoured individuals and institutions that made a significant contribution to the success of the organisation.

Established in Vienna in 1999, EUSA also organised a dinner in celebration in Slovenian capital Ljubljana.

SUSA were also awarded for "consistently assisting in the organisation of EUSA events", with current President, Igor Luksic, accepting the accolade.

The University of Ljubljana was named the best university for the decade 1999 to 2009, having offered free of charge working premises for EUSA.

The city of Ljubljana then received an award for hosting numerous EUSA events, including the European Universities Badminton Championships in 2017.

Slovenian Olympic Committee secretary general Blaz Perko was in attendance to accept an award, with the organisation one of EUSA's key partners.

Yves Le Lostecque, head of the European Commission's Sport Unit, was given the prestigious EUSA order of merit.

The award ceremony was preceded by the EUSA Executive Committee meeting.

The meeting started with the welcome addresses of EUSA President Adam Roczek and EUSA secretary general Matjaz Pecovnik, followed by a general report of activities from the last meeting.

Podgorica in Montenegro was given the hosting rights for the handball competition.

A delegation from the Serbian capital was in attendance.