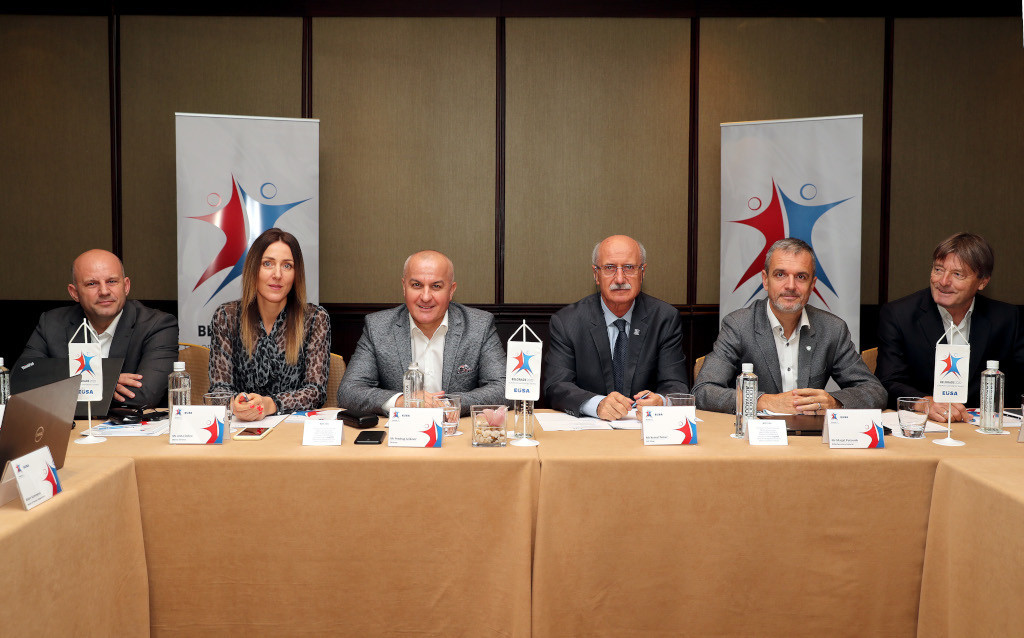 Organisers of next year's European Universities Games in Belgrade are aiming for them to be the "most successful ever".

After visiting the Serbian capital eight months before the Games, which will run from July 12 to 25, the European University Sports Association (EUSA) Supervision Commission was told by Games director Predrag Juskovic: "Our common goal is to organize EUG 2020 in the best possible way.

"We want to have the most successful event in the history of EUSA.

"In the recent period, the Board for the organisation of the fifth European Universities Games was constituted with Prime Minister Ana Brnabic at the helm, which is a guarantee that all state institutions will work closely in the organisation.

"I am very glad that we have been together again and that we will intensify cooperation in the upcoming period."

EUSA representatives visited Games venues and facilities before their main meeting with organisers, where they were presented with details of progress.

"When we talk about Serbia, we knew about experienced organisers of prestigious sports events, so we hope that EUG2020 will be one of the best until now," said Kemal Tanner, joint chairman of the Commission.

"We wanted to see what has been done in the past five months and I can add that we are satisfied.

"Our common goal is to have successful Games which will be an example for the future."

Representatives of the local hosts and EUSA also attended a EuroLeague basketball match at Stark Arena, which will be used for the Opening ceremony of the Games.

On behalf of the hosts, the meeting was led by Juskovic, deputy director Anita Dobre and project manager Dragan Atanasov, who were joined by directors and representatives of all departments.

The European Universities Games 2020 will feature 21 sports, as well as educational and cultural programmes.