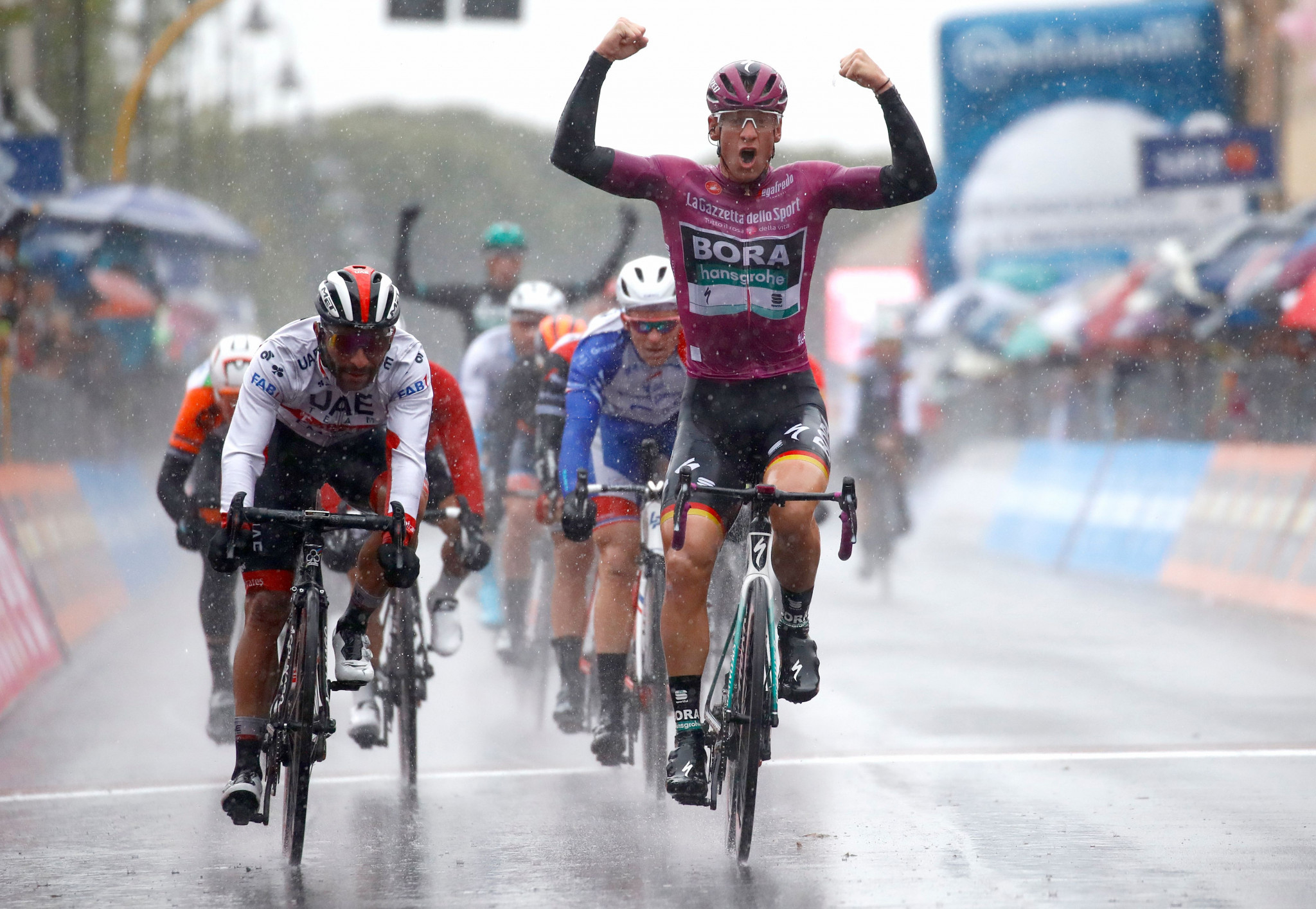 Slovenia’s Primož Roglič maintained his 35-second overall lead on a rainswept day of action at the Giro d’Italia as Pascal Ackermann claimed his second stage win.

The 25-year-old German, riding in his first Giro, sprinted clear of Colombia’s Fernando Gaviria to add the fifth stage honours to those he won on the second stage.

The final nine kilometres of the 140-kilometres route from Frascati to Terracina were neutralised because of the poor weather conditions.

Sunweb’s Tom Dumoulin, the 2017 Giro winner and runner-up to Team Sky’s Chris Froome last year, pulled out soon after the stage had begun.

The 28-year-old had sustained a knee injury in the previous day’s pile-up six kilometres from the finish.

Ackermann, representing Bora-Hansgrohe, won in 3hr 15min 44sec, ahead of Gaviria, Arnaud Démare of France and Caleb Evans of Australia.

With a total time of 19:35:04, Roglič, riding for Jumbo-Visma, maintains his lead over Britain’s Simon Yates, riding for Mitchelton-Scott, with Italy’s Vincenzo Nibali four seconds further back.

Belgian Louis Vervaeke had led a long breakaway after the race started in Frascati, to the southeast of Rome, before being caught 23km from the line.