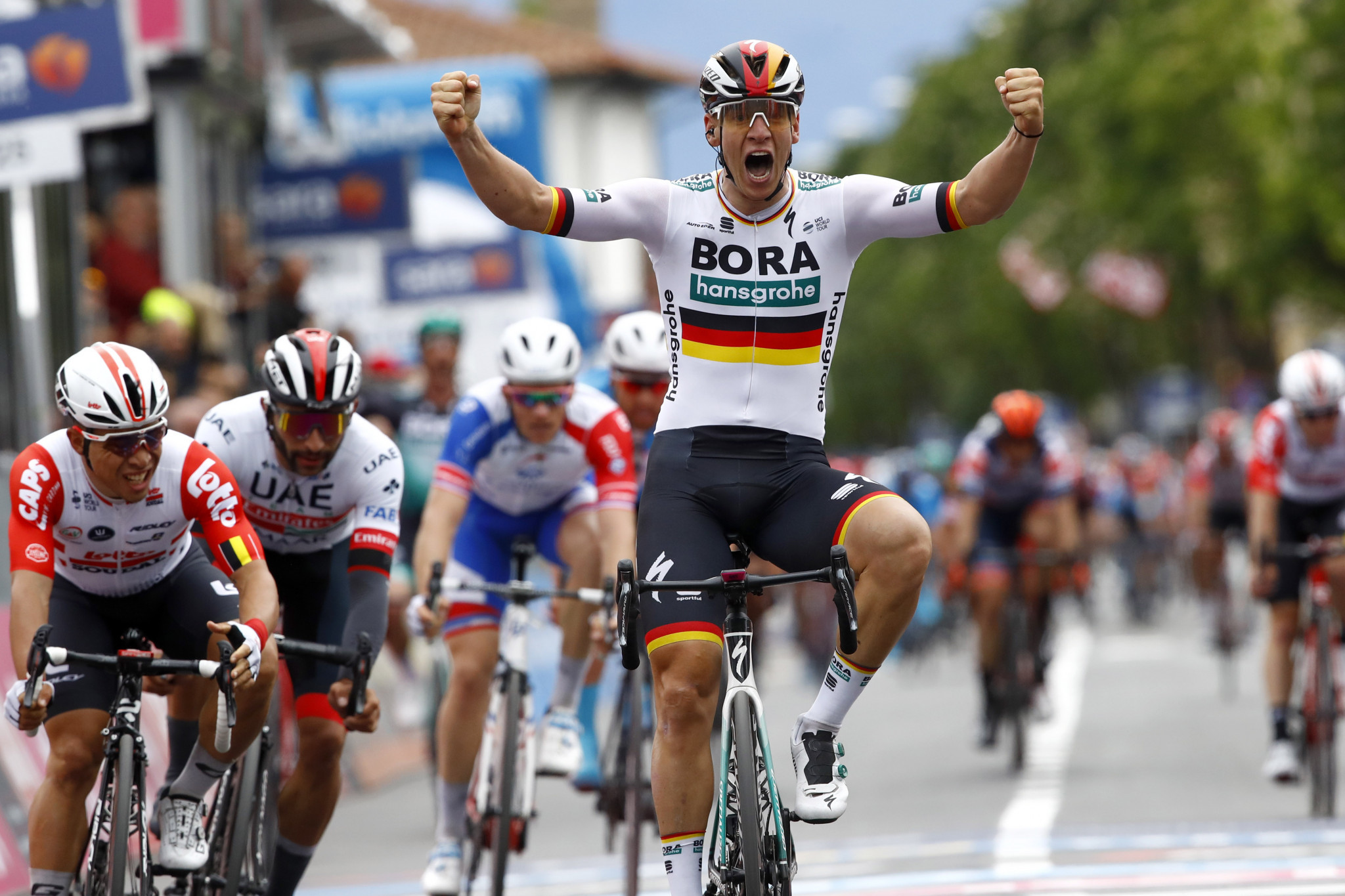 Germany’s Pascal Ackermann claimed the biggest win of his career in the second stage of the Giro d’Italia today.

The 25-year-old Bora-Hansgrohe rider completed the 205km route from Bologna to Fucecchio in 4hr 44min 43sec.

Britain’s Simon Yates, of Mitchelton-Scott, is 19 seconds behind him, and Italy’s Vincenzo Nibali, riding for Bahrain Merida, is 23 seconds adrift.

Roglič finished 27th overall in the chasing bunch that was given a time five seconds slower than the first 14 riders home.

Yates, second in the time trial, was in the same group, six places further back and one place behind Nibali, who was third on the opening day.

The 21-stage race continues tomorrow with the 219km third stage from Vinci to Orbetello and concludes with a time trial in Verona on June 2.