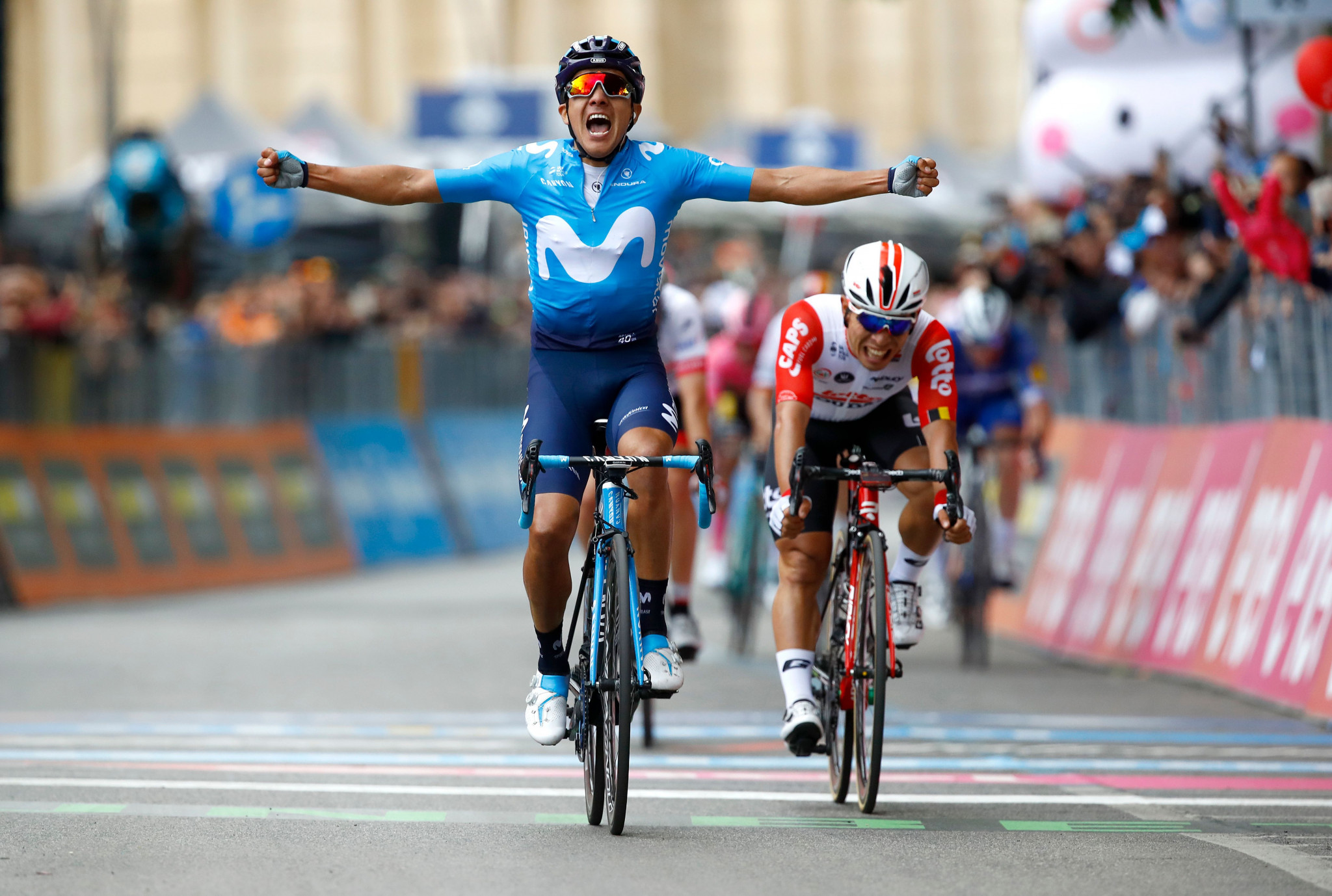 A huge crash six kilometres from the end of the Giro d’Italia fourth stage proved disastrous for several of the main challengers, although not Primož Roglič, who extended his overall lead on a day when Ecuador’s Richard Carapaz claimed victory.

Carapaz, riding for Movistar, was one of just eight riders left in the front group with a kilometre remaining, and got his nose to the line first in 5hr 58min 17sec, with Australia’s Caleb Ewan and Diego Ulissi of Italy being given the same time.

Roglič, of Team Jumbo-Visma. was one of three riders two seconds back, along with France’s Florian Sénéchal and Germany’s stage two winner, Pascal Ackermann.

The Slovenian, who began the day with a 19-second lead over Britain’s Simon Yates, finished it with a 35-second margin as he recorded an overall time of 16hr 19min 20sec following the 235km leg from Orbetello to Frascati.

Yates finished 10th today, 18 seconds back – the same time as was recorded by Italy’s Vincenzo Nibali, who finished 15th today and stands third overall, four seconds behind the Briton.

Among those who suffered most in the crash was Sunweb’s Tom Dumoulin, whose overall hopes in the Tour were ended as he limped in more than four minutes behind the winner with a badly bloodied left leg.

Carapaz, meanwhile, was highly satisfied with how the day had panned out.

“Yesterday was a bad day for me,” he told reporters.

“Today I rode with a new mentality and set out to gain a few seconds.

“I knew there were fast riders with me.

The race continues tomorrow with the 140km fifth stage from Frascati to Terracina.