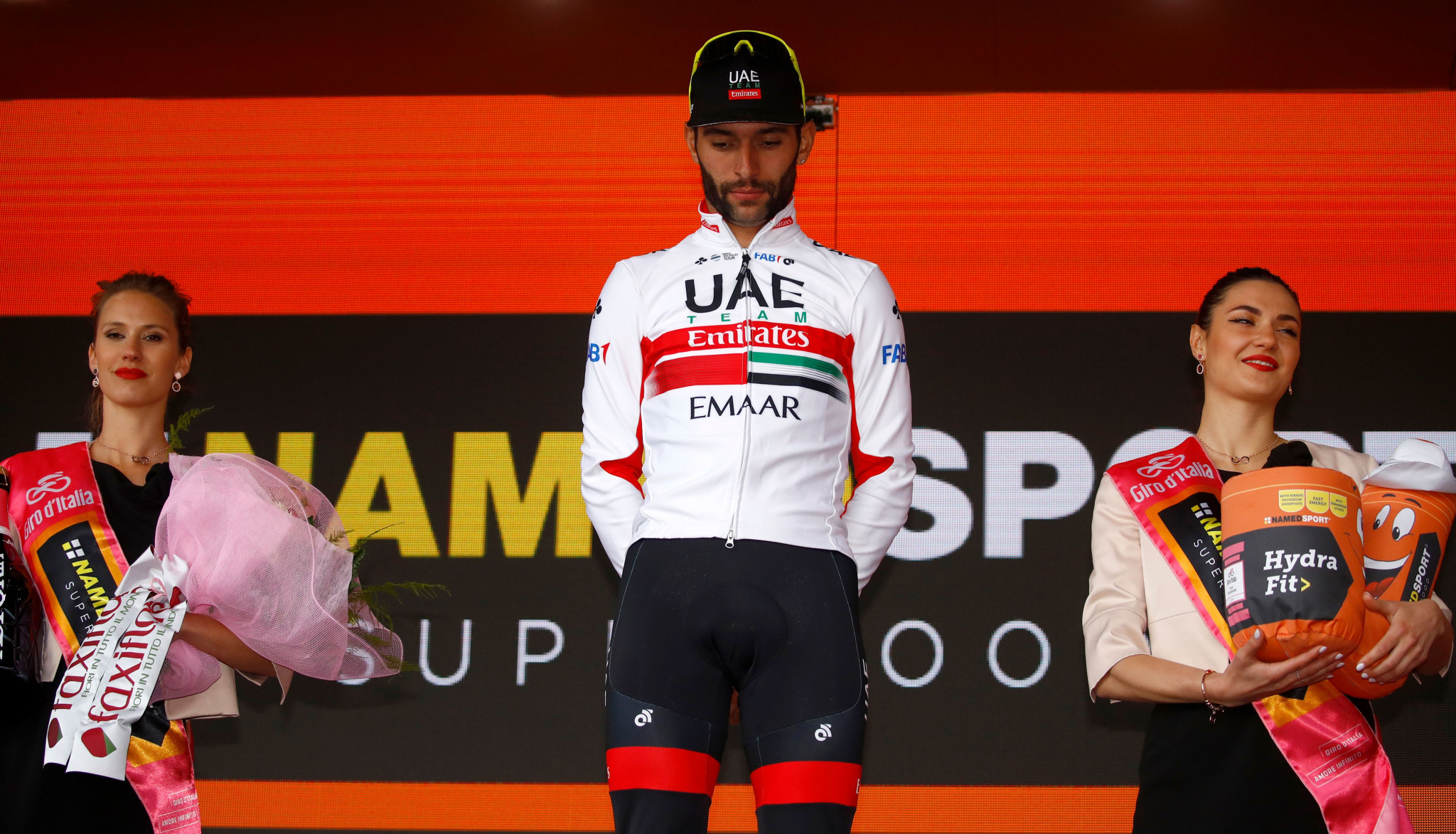 Colombia's Fernando Gaviria was awarded victory on stage three of the Giro d’Italia after home rider Elia Viviani was relegated by the jury for riding across the line of compatriot Matteo Moschetti in a sprint finish.

Gaviria’s winning time on the 220-kilometres stage from Vinci to Orbetello was 5 hours 23min 19sec.

The UAE Team Emirates rider was followed in the standings by France’s Arnaud Démare of Groupama-FDJ.

Completing the top three was stage two winner Pascal Ackermann, the German who competes for Bora-Hansgrohe.

Ackermann had appeared the favourite to take another win, but he launched his finish too early and handed Deceuninck-Quick-Step’s Viviani an opportunity to cross the line first.

Trek-Segafredo’s Moschetti did not seem to have any complaints as he initially finished fifth, but the subsequent decision to disqualify Viviani meant Gaviria triumphed.

Slovenia’s Primož Roglič, who finished 48th today, remains top of the general classification standings with an overall time of 10:21:01.

Italy’s Vincenzo Nibali is a further four seconds back in third.

“With only one rider in the breakaway, it made it a very long stage," Roglič said.

"It enabled me to enjoy the Maglia Rosa a bit more.

"I wasn’t really scared of the crosswinds at the end because we are a team from Holland.

"We know how to deal with the wind."

The 21-stage race is due to continue tomorrow with a 235km route from Orbetello to Frascati.