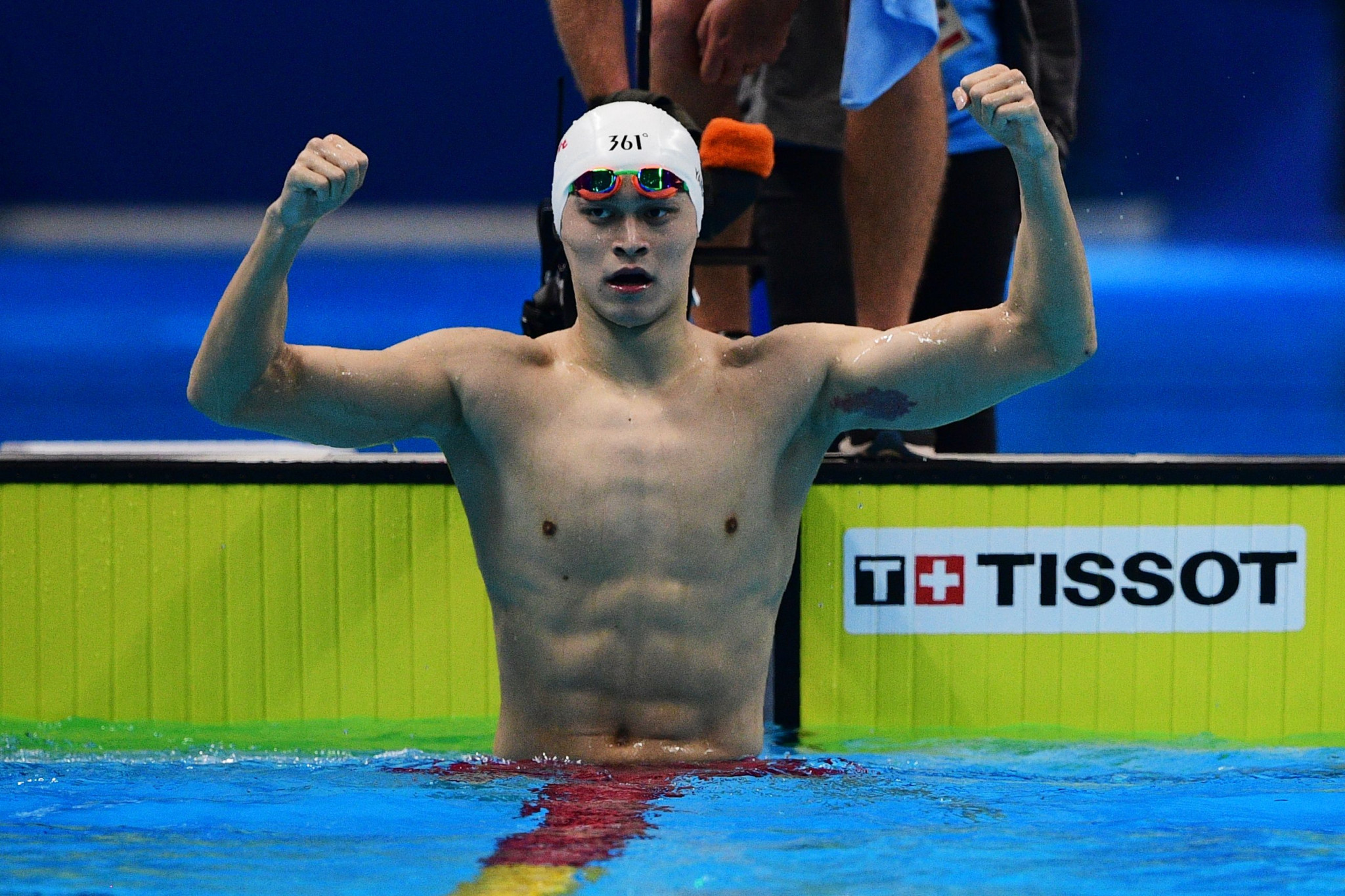 As was widely expected, the GBK Aquatics Centre played host to a battle between China and Japan on the opening day of the swimming at the Asian Games, with China coming off just the better.

Seven finals were contested here this evening, with four golds going to Chinese and the other three going to their main rivals.

The session got off to a flying start with the women’s 1500 metres freestyle final, won on the touch by China's Jianjiahe Wang at just 16-years-old.

With 500m to go she had a lead of over a body length, but an incredible sprint finish from her compatriot Bingjie Li meant it looked like Wang might lose it right at the end.

Thankfully for the teenager however, Li had left it just too late and Wang took the first swimming gold of these 2018 Asian Games in 15min 53.68sec.

Li finished just 0.12 seconds behind, while the bronze was won by Japan's Waka Kobori.

China took the next three golds after that as well.

The triple Olympic champion was the strong favourite and won it with ease in 1:45.43.

As was the case in almost every race tonight, the top two medals were shared between China and Japan.

Japan’s Katsuhiro Matsumoto came second in 1:46.50 and third was filled by another Chinese swimmer, Xinjie Ji.

At that point the women’s 200m backstroke was due to go ahead, but the women’s 1500m freestyle medal ceremony took place instead.

When the backstroke final did start, it was inevitably won by another Chinese athlete.

Yaxin Liu made it three from three for her country in 2:07.65, while Japan again took the silver through Natsumi Sakai, ahead of another Chinese swimmer Xuewei Peng in third.

The next race then featured the first Games record of the evening, and you can guess which country it came from.

Yet again, Japan’s best was only enough for second, with Ryosuke Irie taking the silver, but this time it was a South Korean that took the bronze with Juho Lee finishing third in 54.52.

Satomi Suzuki and Reona Aoki were the fastest qualifiers in the women's 100m breaststroke and they lived up to expectation.

Suzuki won the gold in 1:06.41, while 1:06.45 was fast enough for Aoki to take the silver medal as China’s Jinglin Shi was left with the bronze.

As was the case in every race bar two, all the medals were shared between Japan and China, with Zhuhao Li from the latter country winning the bronze.

Being a relay, at best China and Japan could only take two of the three medals on offer, in the last event, the women’s 4x100m freestyle.

Assuming no absolute disasters though, that was always likely to happen, and it did, Japan finishing first, just 0.26 seconds ahead of China in a Games record of 3:36.52.

Hong Kong were the best of the rest, with the gap between Japan, China and the rest, clear for all to see.

Hong Kong’s team finished a full five seconds behind to take the bronze medal in 3:41.88.

Tomorrow China and Japan will look to continue their domination, in events including the men’s 800m freestyle, women’s 50m butterfly and men’s 4x200m freestyle relay.