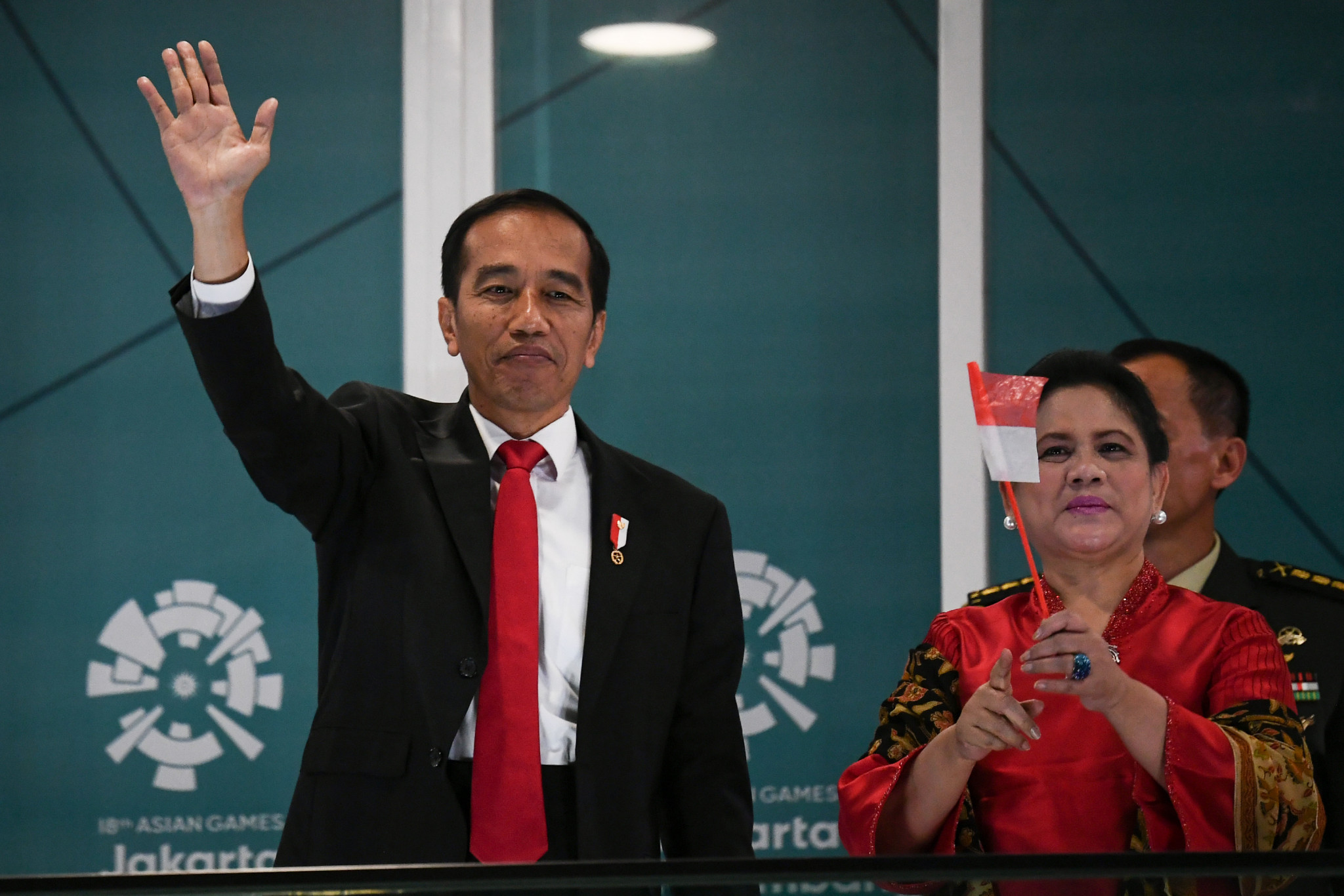 Footage was earlier shown of Widodo on a big screen riding a motorcycle to the venue after his convoy was stranded in one of Jakarta’s infamous traffic jams.

A biker, presented to be Widodo, eventually appeared here before the President revealed himself at the dignitaries stands.

"On behalf of the Indonesian people, we are proud and we are honoured to welcome our special guests from 45 countries," he said.

"With the 18th Asian Games, we, the nations of Asia, want to show [the world] that we are brothers, we are united and we want to reach our goals.

"By saying bismillahhirohmanirrohim [in the name of God, the most gracious and merciful], I declare that the 18th Asian Games are open."

Witnessed by around 40,000 spectators inside the venue, the ceremony opened with a traditional Saman dance performed by 2,200 children from 18 senior high schools across Jakarta.

The dance has its origins in Aceh, the western-most province in the country.

Thank you for watching the #OpeningCeremonyAsianGames2018! Did you enjoy the show? See you at the games!

Welcomed by the dancers, athletes from 45 National Olympic Committee contingents then started to walk into the arena in front of an eye-catching stage designed to resemble a mountain.

North and South Korea marched together under a unified flag, just as they did at the Winter Olympic Games earlier this year in Pyeongchang.

They will compete here under the unified flag in three sports; lightweight rowing, dragon boat racing and women's 5x5 basketball.

The flag was a unity banner, a light blue representation of the Korean peninsula on a white background.

It was first seen at the Sydney 2000 Olympics and also at the Asian Games staged in the South Korean city of Busan in 2002 and in Doha in 2006.

A lot of focus was also on the delegation of Kuwait, who entered the stadium under their own flag and in their own kit, after the International Olympic Committee decided to lift their suspension just two days ago.

The Kuwait Olympic Committee was suspended on October 27 in 2015 due to Government interference and conflicts in the sports law.

A similar ban was lifted just before the London 2012 Olympics for the same reason, allowing Kuwait to compete under the national flag.

The decision to let Kuwait compete under its own flag was welcomed by Sheikh Ahmad Al-Fahad Al-Sabah, President of the Olympic Council of Asia, who is himself from that country.

He delivered a speech here this evening after Organising Committee President Erick Thohir had addressed the spectators.

The loudest cheers, however, were saved for host nation Indonesia, who arrived last, led by swimmer I Gede Siman Sudartawa and basketball player Arki Dikania Wisnu.

Each contingent was headed by a representative that wore a bird-shaped costume designed by Dynand Fariz, who is famous for his creations from the Jember Fashion Carnaval, an annual parade.

Legendary Indonesian athletes, who have been carrying the Torch across the country over the past month, brought it to its final stop during the Ceremony.

Former badminton player Susi Susanti, who won the women’s singles gold medal for Indonesia at the Barcelona 1992 Olympics, lit the cauldron before fireworks were set off.

Other highlights of the night included a performance from popular Indonesian singer Anggun Cipta Sasmi.

The ceremony is thought to have cost the Organising Committee $55 million (£43 million/€48 million).

This is the second time that Indonesia has hosted the Asian Games, having previously done so in 1962 in Jakarta.

Palembang is a co-host city for this year's event.