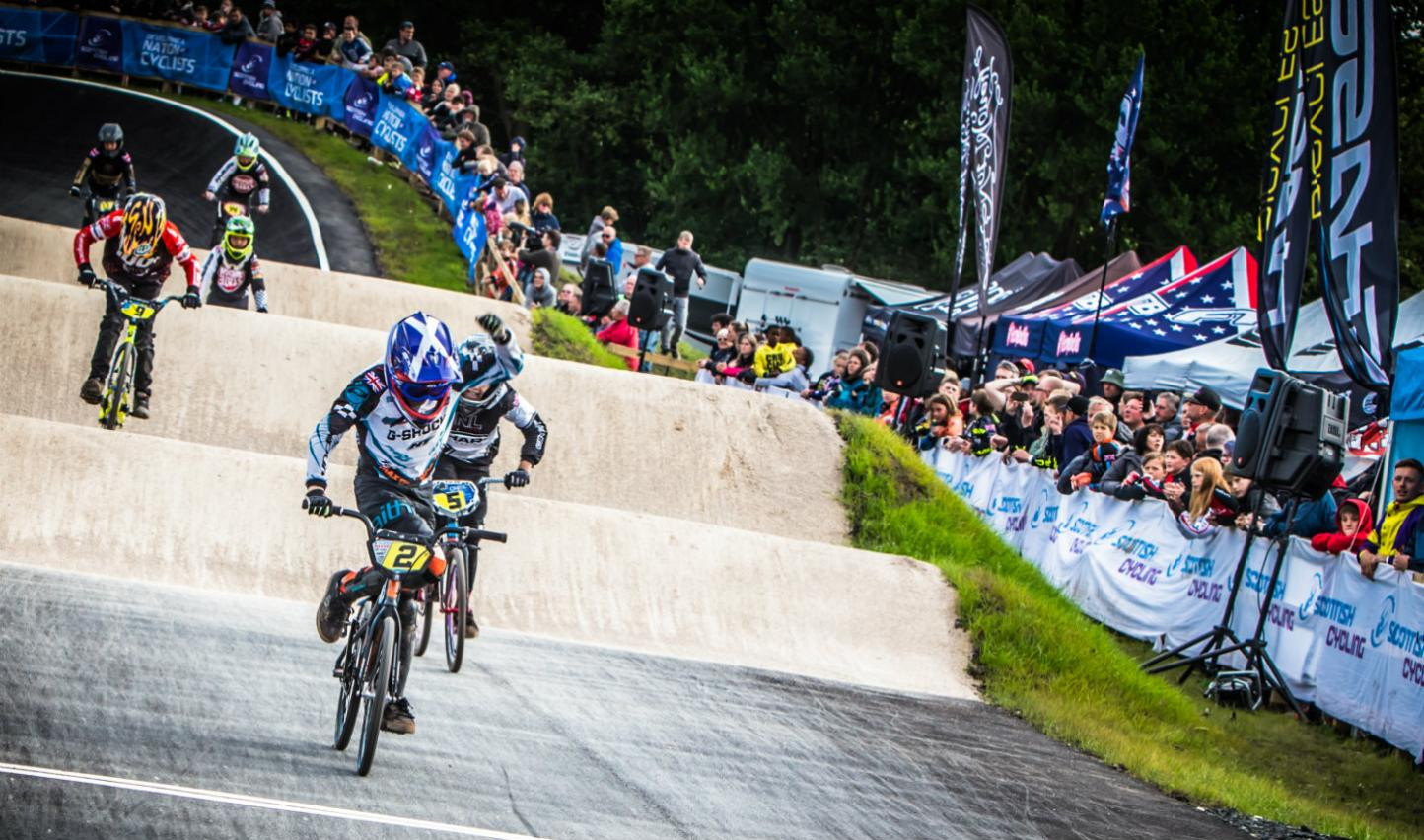 The new Olympic standard Glasgow BMX Centre, due to be used as a venue during the European Championships next month, has been given the seal of approval by three British athletes hoping to compete in the event.

Kyle Evans, a 24-year-old from Wigan, 18-year-old Kye Whyte from Peckham and 19-year-old Paddy Sharrock, also from Wigan, were all allowed a two-hour training session at the centre as part of their final preparations.

"The faster and the harder you attack it the easier it becomes," he said.

"You need to be very confident and precise with your bike and be able to go as fast as you can and push through the jumps to gain and maintain a lot of speed."

Riders from the local Western Titans BMX Racing Club have also been allowed on the track in recent weeks to ensure it is fully bedded in before the Championships are due to begin on August 2.

"We were totally overwhelmed when we saw it for the first time," she said.

Cameron added:  "Riding on the track has been incredible as many of our riders have never seen an eight-metre ramp before let alone ridden one: it means we can train at a completely different level than we were before."

The BMX centre is the only new permanent venue that has been built for the European Championships. a new event bringing seven sports together for the first time with six due to take place in Glasgow and the athletics in Berlin.

Scotland's Sports Minister Joe FitzPatrick said: "The new BMX Centre is a state of the art venue that will make a fantastic setting for the European Championships next month.

"The riders are really excited about competing here and we can expect a thrilling competition."

In just three weeks, on August 10 and 11, 150 of Europe’s top riders from 16 countries will compete for the European title.

Once the competition is over it is hoped the Centre will help develop a "new generation" of Scottish sporting success, according to FitzPatrick.

The main track features both an eight-metre and five-metre start ramp for competition use, plus a small pump track for learners.

Both tracks are fully floodlit.

There are also changing facilities, a meeting room and a car park within the Centre.