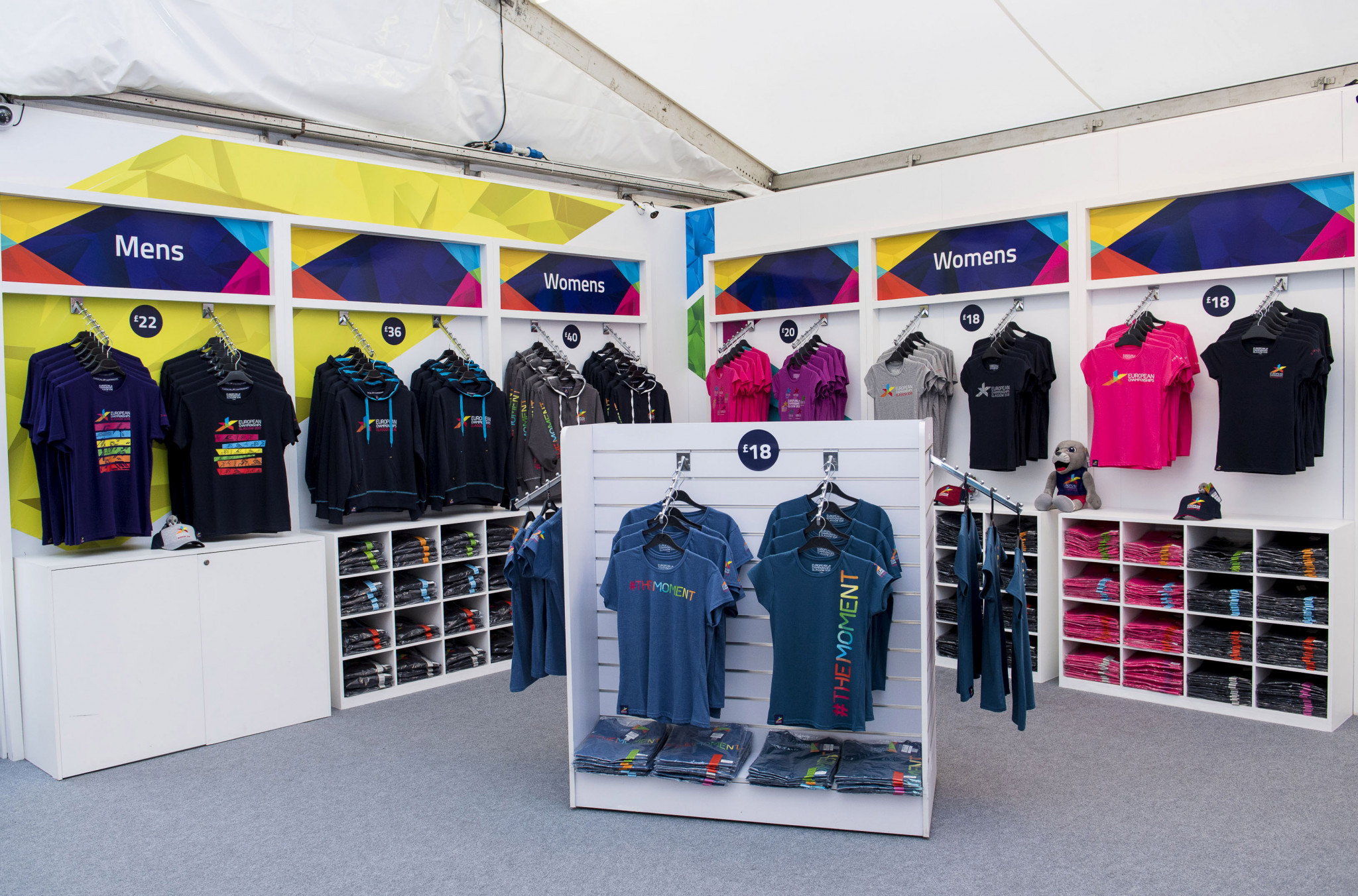 The range of products on offer will grow as the Championships get nearer, including men's, women's and kids' t-shirts, polo shirts, hoodies, jackets and sports specific gear.

Mascot toys and other accessories including key rings and pin badges are also on offer in the shop.

Colin Hartley, Glasgow 2018's championships director, called the opening "a significant milestone" in the journey towards the new event.

"This is a fantastic city-centre outlet which, at Championships time, will have the full range of Glasgow 2018 clothing and accessories," he said.

The shop is located on the site of Festival 2018, a programme of cultural attractions running alongside the sporting events.

It will open from 10am to 6pm daily until the Championships begin, at which point the opening hours will be extended.

It is hoped that holding the existing European events for the sports in Scotland all at the same time will lead to an increase in exposure and prestige.

Athletics will also be held at the same time under the European Championships banner, but will take place in German capital Berlin.

The event will run between August 2 and 12.