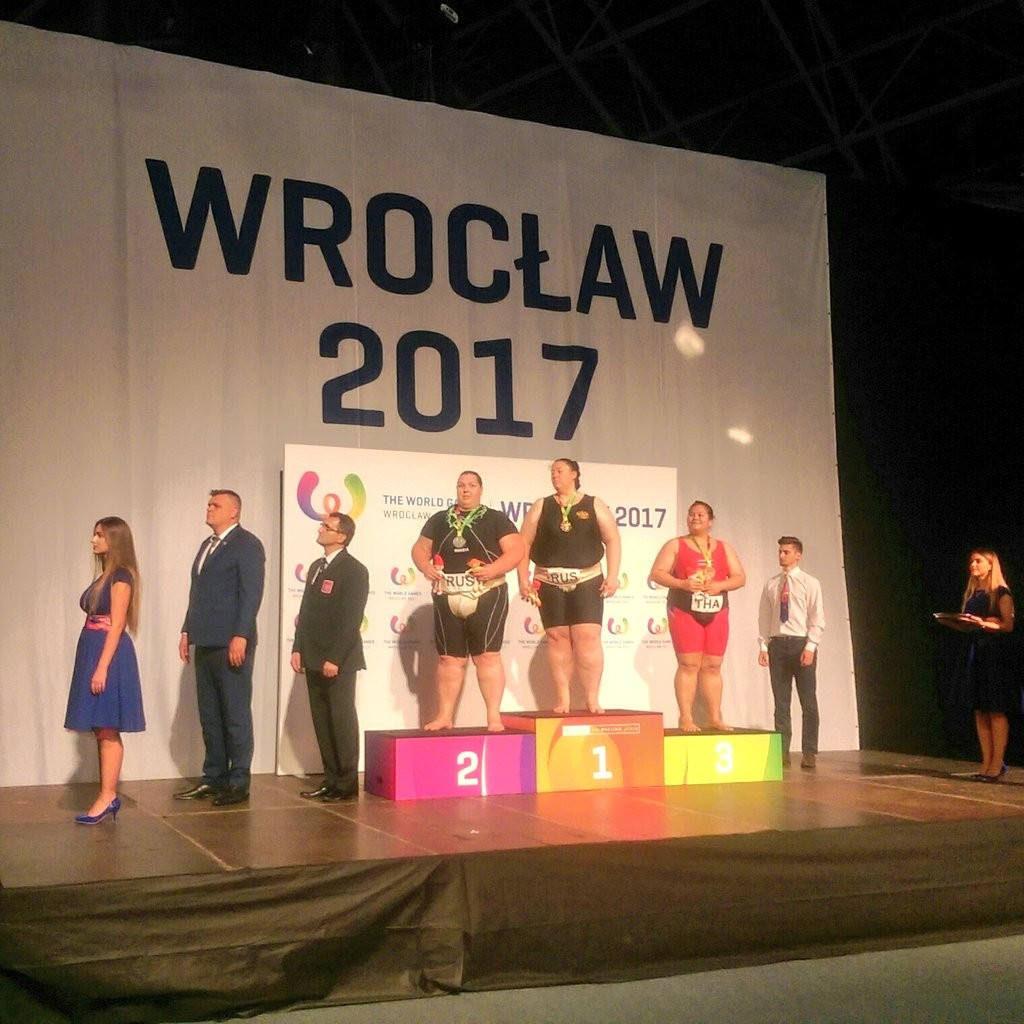 Russia won four gold medals from a possible six on the first day of sumo wrestling competition at the 2017 World Games here today.

Batyr Altyev clinched his country's first sumo gold of the Games when he won the lightweight final at Orbita Hall.

The Russian powered past Trent Sabo of the United States in the gold medal match.

He defeated Misbah Hossam of Egypt in the middlweight category final.

Russia were guaranteed of a one-two finish in the women's heavyweight category after Anna Poliakova and Olga Davydko both won their semi-final clashes.

It was Poliakova who emerged victorious, overcoming her team-mate to win the gold medal.

After a day dominated by Russia, it was only fitting that the final contest of the evening brought about a fourth gold.

Vasilii Margiev proved too strong for Egyptian Ramy Belal as he concluded a sensational day for the Russians by sealing the heavyweight title.

Russian dominance also filtered through to fin swimming as they finished top of the medals table with eight golds, one silver and three bronzes.

Pavel Kabanov's victory in the men's apnoea 50 metres final kick started the Russian dominance as he crossed the line first in 13.87sec.

Andrey Arbuzov added a second gold  medal when his time of 18.55 sealed the bi-fins 50m crown.

Ekaterina Mikhaylushkina prevailed in the women's surface 100m final in 38.40.

A fourth gold of the session for Russia was clinched by Dmitrii Zhurman in the men's surface 200m event.

The men's surface 4x100m relay team brought the spectacular session to a close for Russia.

The team of Kabanov, Zhurman, Dmitrii Kokorev and Aleksey Kazantsev won in World Games record of 2:16.54.

The bronze medal went to Germany's Tobias Bording as he recorded a 201-177, 191-187 win over Italy's Salvatore Polizzotto.

Polish fans had high hopes for Marcin Dzienski but a false start in semi-finals saw him disqualified, forcing him into the bronze medal race.

He actually did not need to win either of his last two races as his opponent in the final, Ukrainian Danyil Boldyrev, also committed a false start, handing the title to the Iranian.

Dzienski was beaten to the bronze medal by Russian Stanislav Kokorin, winner in a time of 5.80sec.

She touched the summit of the climb in 7.32 to edge France's Anouck Jaubert, who managed a time of 7.42.

Anna Tsyganova secured a second podium finish for Russia as she won the bronze medal race against compatriot Mariia Krasavina in 7.79.

Action is due to continue tomorrow with medals to be awarded in eight sports.