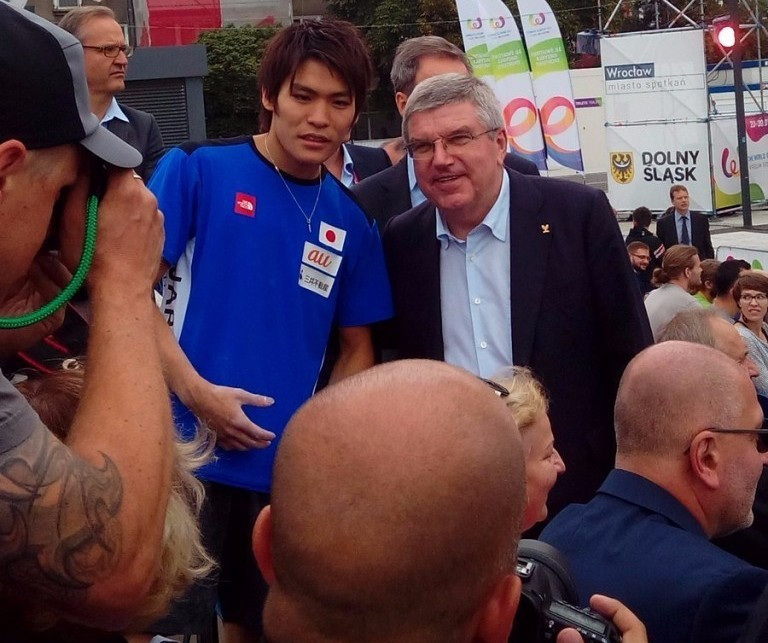 International Olympic Committee (IOC) President Thomas Bach has praised the urban nature of sport climbing as he watched on during the opening day of competition at the World Games here.

The German, who declared the the Games open at last night's Opening Ceremony, visited New Market Square in the Polish city this morning as men's preliminary action began in the men's bouldering discipline.

Bach was enthusiastic the location of the venue and claimed competitors were more than satisfied with the facilities.

"This venue is great and is in an urban centre," he said.

"I had the opportunity to talk to athletes this morning and they are very happy with the quality.

"If they are happy then we can all be happy."

Sport climbing was one of five sports accepted onto the Olympic programme for Tokyo 2020 at the 129th IOC Session in Rio de Janeiro along with baseball-softball, karate, skateboarding and surfing.

"You can see why sport climbing is on the Olympic programme for Tokyo 2020," Bach said.

"With sport climbing we can address one of the challenges of modern sport which is we have to take sport to where the people are.

"That is in the urban centres and this urbanisation of sport can be achieved through sport climbing and other different sports.

"You can already see the positive signs during this morning’s preliminaries."