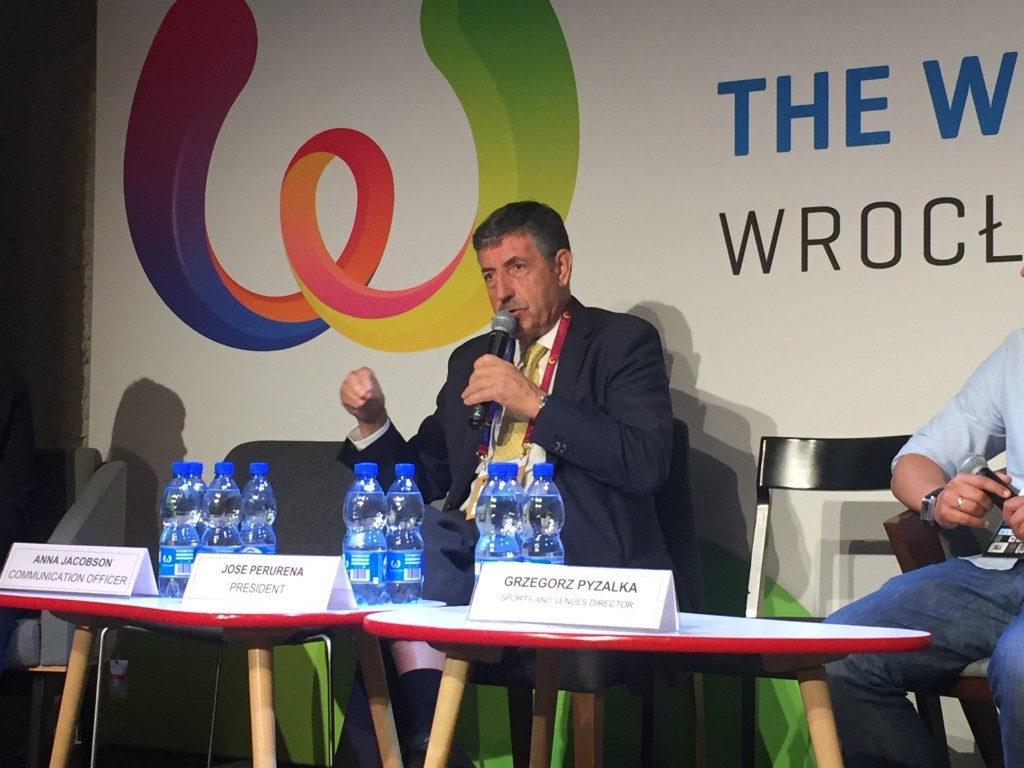 International World Games Association President José Perurena has praised his organisation's approach to hosting a multi-sport event and claimed it could be the way forward in the future.

Action is currently taking place at the 2017 edition of the World Games in this Polish city.

A World Games host city is never required to build facilities or extend available infrastructure for the sake of the event alone.

One new venue has been constructed in Wrocław, a roller skating track, but that was built under the city’s own initiative.

There has also been some refurbishments in other venues.

Speaking at a press briefing this morning, Perurena claimed that City of Wrocław has invested €22 million (£20 million/$25.5 million) into the hosting the event and a further €50 million (£45 million/$58 million) on infrastructure and renovating venues.

The €50 million investment was already planned by Wrocław Mayor Rafał Dutkiewicz and was brought forward to be completed in time for the Games, Perurena claimed.

"This budget is our priority because we want to show it is possible that one city does not need extra money and that the Games can be held within their existing budgets," Perurena said.

"In the future it is not possible to sustain the escalating costs of hosting an Olympic Games, for example.

"We cannot have big white elephants left over where there is no activity.

"The future is to use temporary venues, renovate existing ones and make sure they are open to the public to use afterwards."

The figures given by Perurena offer a stark contrast to the costs of hosting an Olympic Games, for example.

Perurena is also keen not to see the World Games expand and is satisfied with its current standing and position in the sporting world.

"We are a very small but professional organisation with the capacity to organise this sort of event," the Spaniard said.

"Consequently we don't want to grow it.

"We want to maintain the current level of around 4,000 athletes competing at the World Games with just over 30 sports.

"We want to maintain the quality and to continue to fully integrate the host cities into the Games."