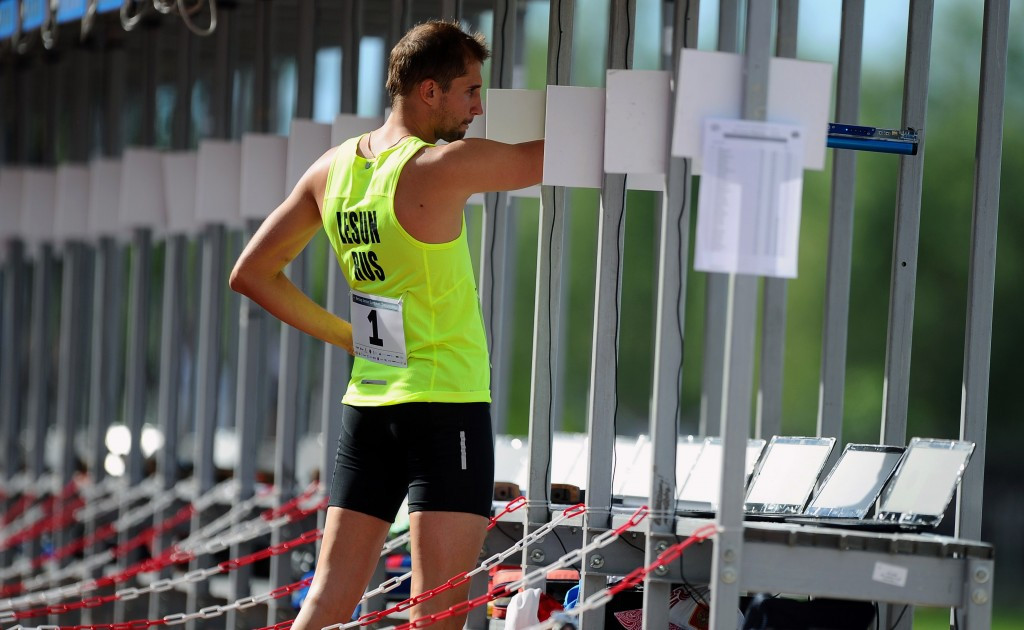 Aleksander Lesun and Alexander Savkin claimed the men's relay title on the second day of the European Modern Pentathlon Championships in Sofia today.

The duo performed superbly throughout the competition, posting the best score in the fencing round before holding their lead after the swimming and riding sections.

They then pressed ahead their advantage in the run-shoot to win with 1,511 points.

It followed the men's relay silver medal won by a different Russian pairing - Ilia Frolov and Oleg Naumov - at the World Championships in Moscow, where Lesun had claimed mixed relay gold.

A fascinating battle developed for the silver medal further down the field.

It was won by Czech Republic's Ondrej Polivka and Martin Bilko, who finished on a score of 1,491 points, just one point clear of Poland's medallists Sebastian Stasiak and Jaroslaw Swiderski, who took the bronze medal.

Jamie Cooke and Joe Choong of Great Britain just missed out on a medal in fourth place.

It came on the second day of the Championships, billed as a final test for top European stars before next month's Olympic Games in Rio de Janeiro.

The mixed relay is due to take place tomorrow.

Individual and team events will then follow later in the week.