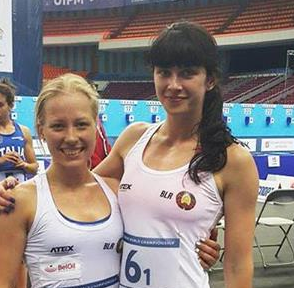 They finished ahead of German duo Janine Kohlmann and Ronja Döring with a score of 1,377 points.

The Germans finished in second place with 1,364.

Full results have yet to be released.

It comes on the opening day of the Championships, billed as a final test for top European stars before the Rio 2016 Olympic Games.

The men’s relay is scheduled to follow tomorrow before the mixed relay on Wednesday (July 6).

Individual and team events will then take place later in the week.