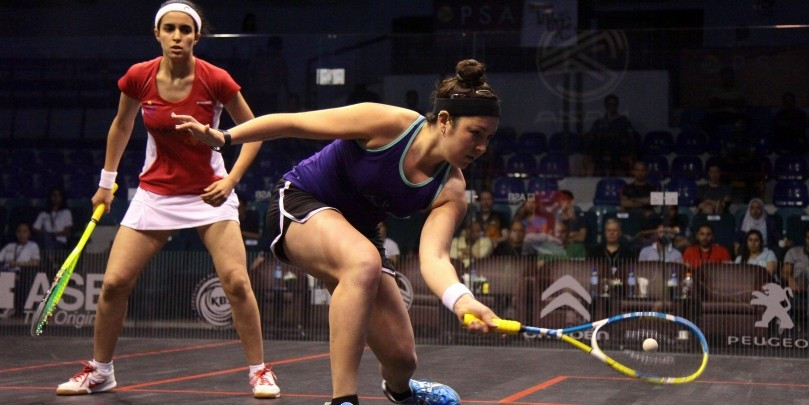 American number one Amanda Sobhy moved into the quarter-finals of a Professional Squash Association (PSA) Women’s World Championship for the first time in her career after fending off Egypt’s Nour El Tayeb in a thrilling second-round encounter in Malaysia’s capital Kuala Lumpur.

El Tayeb struggled with her opponent’s movement in the first game, which Sobhy won without dropping a single point, and despite showing signs of improvement in the second she was brushed aside by the world number eight.

The momentum shifted dramatically though in the third as world number 12 El Tayeb, who was playing only her second match after returning from a six-month shoulder injury lay-off, finally moved up the gears and went on to level proceedings.

The duo played out a myriad of high-octane rallies in the decisive fifth game, with the most brutal - an exchange of more than 30 shots - putting Sobhy 9-6 ahead at a crucial time in the match.

"It was such a strong start but I kind of knew that she would be slow in the beginning because this her first tournament back and this is a big match for her," said Sobhy.

"I tried to play at a fast pace, one that she’s not really used to, and it caught her off guard in the second game.

"I dropped the pace off a little bit, so she got comfortable, and it was neck-and-neck all the way to the end."

Action in Kuala Lumpur is set to continue tomorrow.