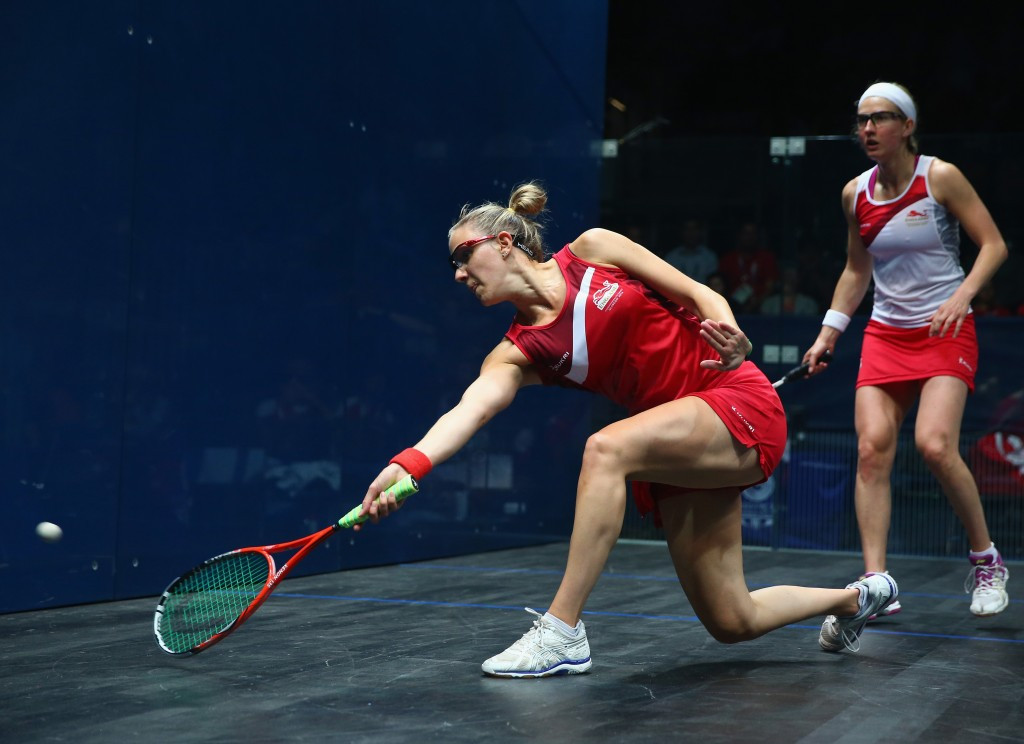 World number one Laura Massaro survived a scare as she recovered from a game down to beat Mexican qualifier Samantha Teran in the first round of the Professional Squash Association (PSA) Women’s World Championship in Kuala Lumpur.

Massaro, who was elevated to the top of the rankings in January, struggled early on at the National Squash Centre before she found her range to close out a hard-fought 9-11, 13-11, 11-6, 11-3 victory in 46 minutes.

The result maintains the Englishwoman’s pursuit of her second world title after she clinched the crown in 2013.

She will go on to face Indian number one Joshna Chinappa, who sent Massaro’s compatriot Victoria Lust crashing out of the tournament by virtue of a comfortable 11-8, 11-3, 11-5 win.

Elsewhere on the opening day of the event, originally scheduled the be staged in December before being postponed due to financial issues within organisers Hallmark Events Group, world number three Raneem El Welily cruised through to round two by dispatching Wales’ Tesni Evans.

“It was tough mentally as it was the first match of the tournament,” El Welily, seeded third, said.

“I was very excited and very nervous at the same time.

“I’m happy that I managed to stay calm.

“I’m happy with the way I played today and I hope I can stay as focused in the next match.”

El Welily’s team-mate Nour El Tayeb, the current world number 12, marked her return to the sport following six-months out with an injury by overcoming Hong Kong’s Liu Tsz-Ling to reach round two.

The Egyptian, who sustained her injury during an impressive quarter-final victory over compatriot Raneem El Welily in October’s US Open, showed no signs of any issues as she breezed to a confident 11-6, 11-7, 11-3 triumph.

“They [her coaches] were trying to tell me how to prepare because it was my first PSA tournament in a while,” she said.

“I knew what to expect, I watched my opponent play so I kind of knew how to play her.

“It didn’t make things easier but I was more aware of how good she is.

The event is due to continue tomorrow with the second half of first-round matches, with defending champion and home favourite Nicol David in action against Australia’s Rachael Grinham.