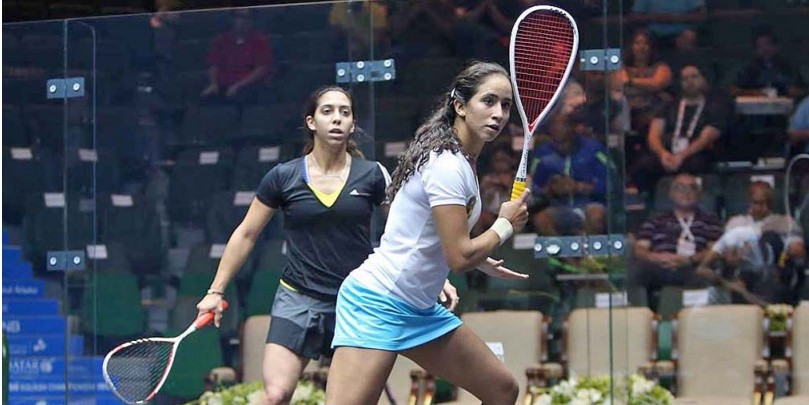 The victory for the Egyptian player is arguably the best of her career so far and ensures she will compete in the main draw of the women’s flagship squash event for the first time.

Shahin’s reward for her triumph over Hansen is a meeting with former world number two Jenny Duncalf of England in round one tomorrow.

Mariam Metwally, also of Egypt, booked her spot in the main draw with a thrilling victory in five games against compatriot Amina Yousry, who had earlier knocked out top qualifying seed Nicolette Fernandes of Guyana.

Metwally is due to go up against world number 15 Delia Arnold of Malaysia in the first round.

Another player to reach the main competition for the first time was Mexico’s Samantha Teran, who comfortably overcame Milou van der Heijden of The Netherlands 11-5, 11-7, 11-8.

The knockout draw has not been kind to the Mexican, however, as she will face world number one Laura Massaro.

Defending champion and home favourite Nicol David, seeded second for the tournament behind Massaro, will take on Rachael Grinham of Australia in the bottom half on Tuesday (April 26).

Originally the Championship was to be staged in December, but it was postponed due to financial issues within organisers Hallmark Events Group.

A deal was then reached with promoters Sportspin Event & Athlete Management to stage the tournament, in association with the Squash Racquets Association of Malaysia.