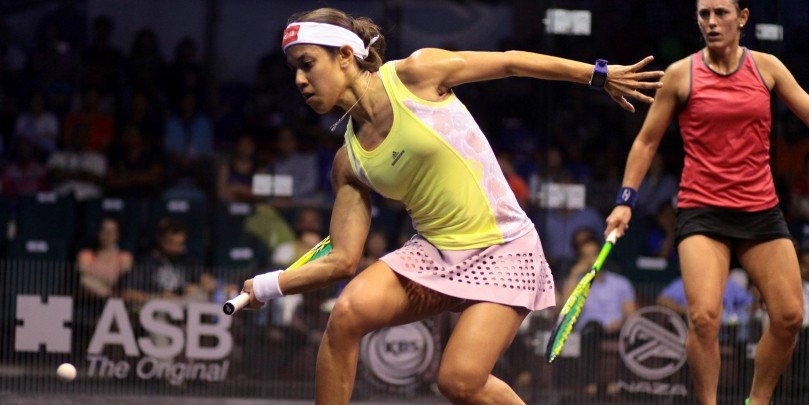 Defending champion Nicol David of Malaysia fought back from a game down to keep her pursuit of a ninth Professional Squash Association (PSA) Women’s World Championship alive with victory over Australian qualifier Rachael Grinham in Kuala Lumpur.

The second seed looked in top form early on as she raced to the opening game, before Grinham, winner of the event in 2007, moved to within one of victory by claiming the next two.

Despite surprisingly falling behind, David managed to regroup and drew level before clinching the decider to squeeze through to round two courtesy of an 11-4, 8-11, 8-11, 11-1, 11-2 success.

The Malaysian player admitted she had found it tough out on court and lamented being drawn against an opponent of Grinham’s stature at the first-round stage.

“There were a few shots from me where it hit the frame and then she went four or five points ahead,” she said.

“When you’re down, you have to figure out what you can do extra.

“I was giving her too much to work with and I started to find my groove a little bit more.

“The court was a little bit deader in the evening than it was in the morning at practice so you have to adjust, get going and I felt much better in the fourth and fifth games because I could get out to the ball a bit better and attack when I could.

“I’m really pleased to put that game in and bring that forward tomorrow.

“I’ve beaten Rachael Grinham, who is a former world champion

“It’s not often you get former world champions in the first round, but I got through, a win is a win and I’m very pleased to beat Rachael.”

Elsewhere, Nour El Sherbini of Egypt, the current world number two, had no such difficulties against Australian opposition as she cruised to a dominant win over Donna Urquhart.

The in-form Egyptian, seeded fifth for the tournament, took just 29 minutes to wrap up a comprehensive 11-6, 11-6, 11-6 triumph to set up a meeting with Annie Au of Hong Kong in the next round.

The competition in the Malaysian capital continues tomorrow.