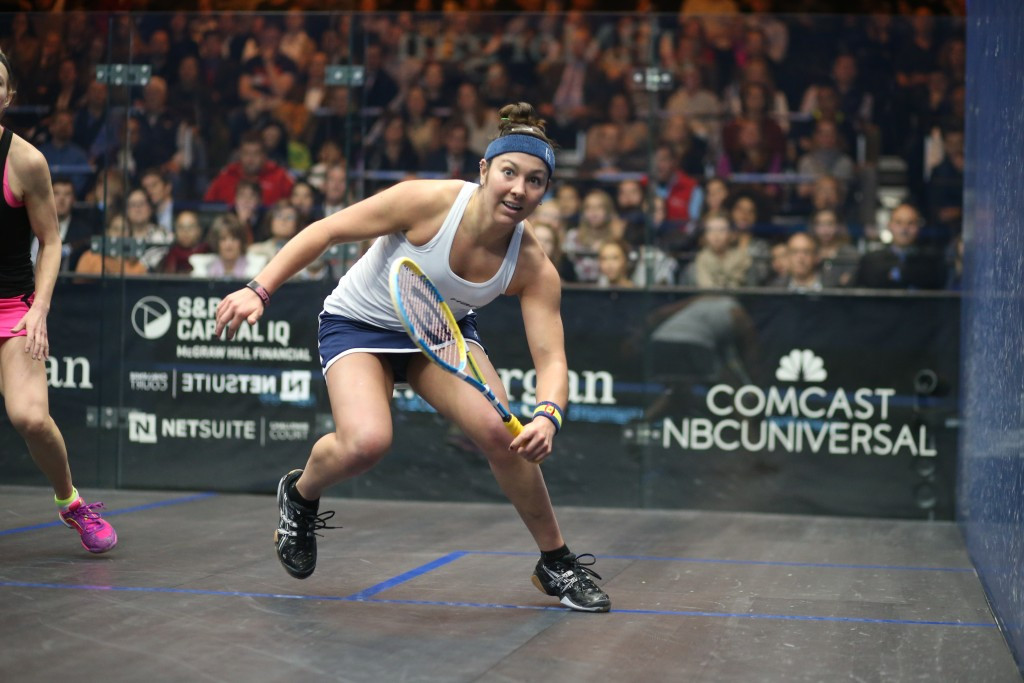 United States number one Amanda Sobhy insists that she is not feeling any pressure ahead of the upcoming Professional Squash Association (PSA) Women’s World Championship and is relishing the chance to compete as the seventh seed when the action gets under way in Kuala Lumpur on April 25.

Since graduating from Harvard University last summer with a degree in social anthropology, Sobhy has committed her full attention to professional squash and the 2015-16 campaign has proved to be something of a breakthrough season for the American.

After consolidating her position in the world’s top 10, she also reached her first-ever PSA World Series final at this year's J.P. Morgan Tournament of Champions in New York City’s Grand Central Terminal.

Sobhy narrowly missed out on lifting the coveted title in front of home support after losing to Egypt’s Nour El Sherbini, but with her now recognised as one of the world’s leading players, she’s heading to Malaysia in confident mood.

"I can't believe this is my first World Championship in over five years," she said.

"The last one I played was in Sharm el-Sheikh back in 2010 and I didn't even qualify, so I'm definitely looking forward to playing in the most prestigious event on tour.

"It's always a dream to be crowned the world champion and the fact that I can finally compete in it again now that I have graduated is just a great feeling.

"I'm not nervous for it since I am the underdog here and don't really have to prove anything, so I'm just going to go out there and take in match by match and give it my best."

Sobhy, 22, became the first American-born player to break into the top 10 across both the men’s and women’s game in September 2014 and was the only American-born female finalist at the Tournament of Champions.

"I am pretty content with my performance this season and cracking into single digits finally," she added.

"Since this is my first full season on the Tour now that I have graduated, I managed to live up to all my seedings or better in every tournament, which I am happy about.

"Reaching the finals of the Tournament of Champions was by far my favourite week to date on the pro circuit and it was a bit of a breakthrough moment for me in the season to show that I belong up there in the rankings."

First up for Sobhy in Kuala Lumpur is a meeting with a qualifier and if she progresses unscathed, she is seeded to meet Egypt’s Raneem El Welily, who she beat in the quarter-finals of the Tournament of Champions.

All matches will be played at the National Squash Centre in the suburb of Bukit Jalil.

Admittance to the event is free of charge.