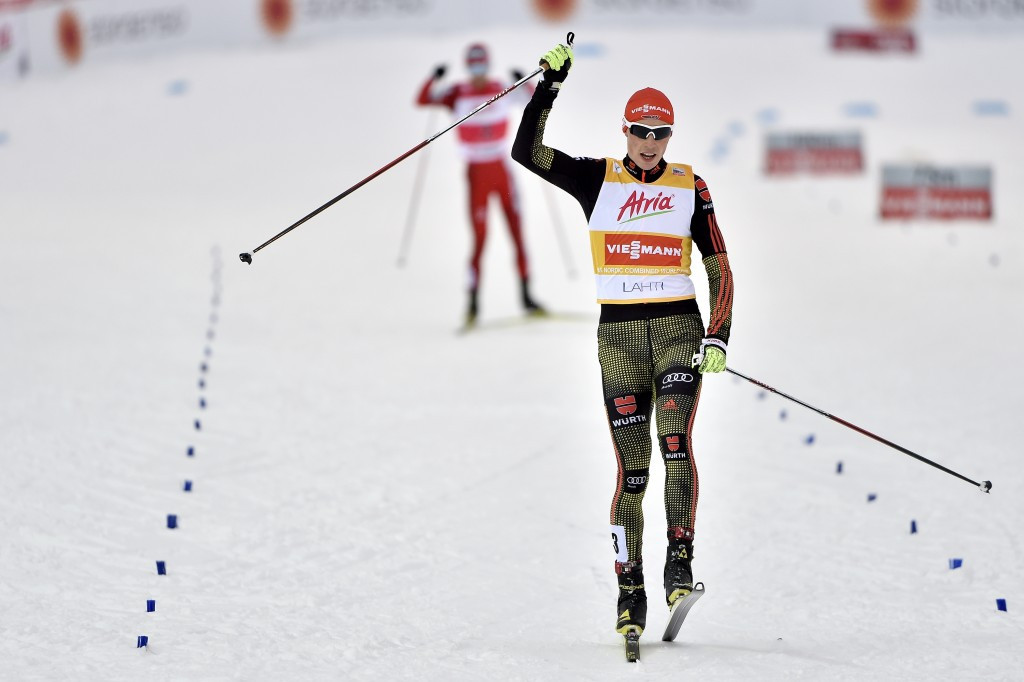 The 27-year-old normal hill/10km Olympic champion from Sochi 2014 became the first home winner in Schonach since 1987, at an event known as the German Schwarzwaldpokal.

It was a dramatic victory as Frenzel was neck and neck with Norway's Magnus Krog until the last ten metres of the 10km cross-country ski.

Krog actually crossed the finish line first but the victory was given to Frenzel after a jury decision ruled that the Norwegian had obstructed the German on the last turn leading into the stadium.

That led to Krog's disqualification and a winning time for Frenzel of 23 min 32.8 sec.

Norway's 37-year-old Håvard Klemetsen was the best of the ski jumpers after an effort of 103.5m gave him 128.4 points, but he fell away during the skiing and finished 20th.

He started the race one second ahead of Watabe, whose effort of 99m was enough for 128.2 points and the runners-up spot in the jumping.

On the track, the race started with a packed field as the first 23 athletes started within one minute of each other.

Krog, the fourth best jumper, and Frenzel established themselves as the leading pair before the drama late on.

The Nordic Combined World Cup season will conclude with a second event in Schonach tomorrow.

Watabe is second overall, with 1044 points behind Frenzel's unassailable 1357.

Germany's Fabian Rießle is third on 984 and could catch Watabe.