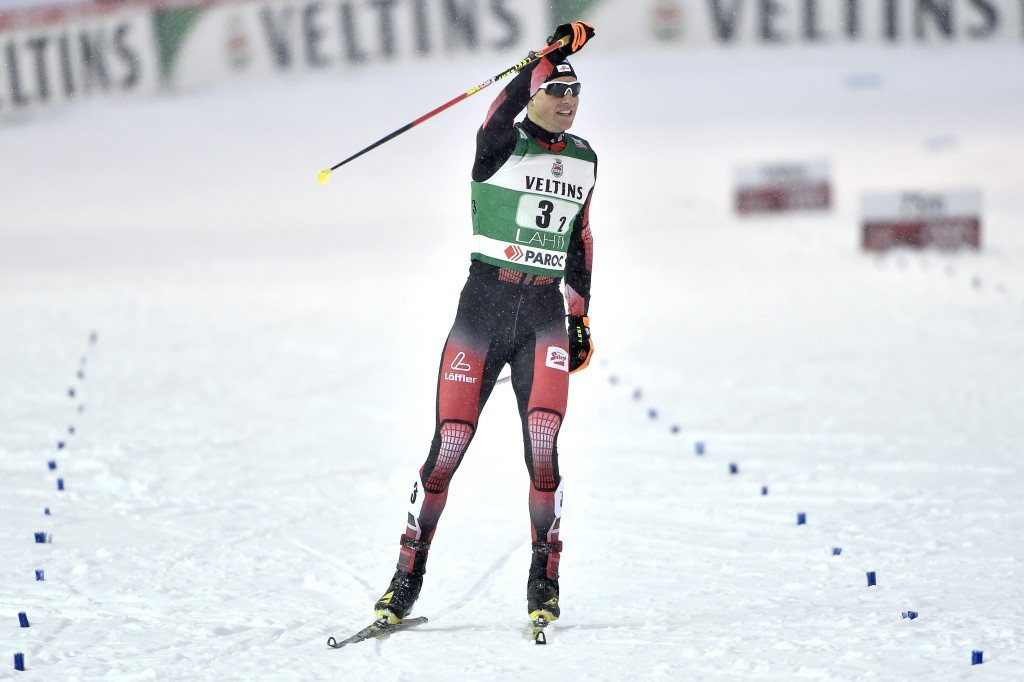 The 33-year-old, a gold medallist in the team event at the Vancouver 2010 Olympics, topped the podium for the first time this season after a battle with overall World Cup leader Eric Frenzel.

Germany's Frenzel, the Sochi 2014 10km/normal hill Olympic champion, led after the ski jumping phase with his effort of 133.5 metres.

This was by far the longest distance of the day and gave him 142.3 points, enough for a 21-second head-start in the skiing over second best jumper Gruber.

The Austrian had recorded a jump of 129.5m for 137.1 points and he powered past Frenzel on a soft and difficult track, eventually finishing the 10km skiing in a time of 30 min 59.7 sec.

This was a massive 37.5 seconds ahead of Frenzel, with Norway's  Joergen Graabak, the sixth best jumper, eventually coming through for third.

Despite being overhauled, Frenzel has extended his overall World Cup lead as Japan's second placed athlete Akito Watabe did not compete today.

Frenzel now has 1207 points with Watabe behind him on 984 as he closes in on the title.

Double Olympic medallist Fabian Rießle of Germany is third with a tally of 874.