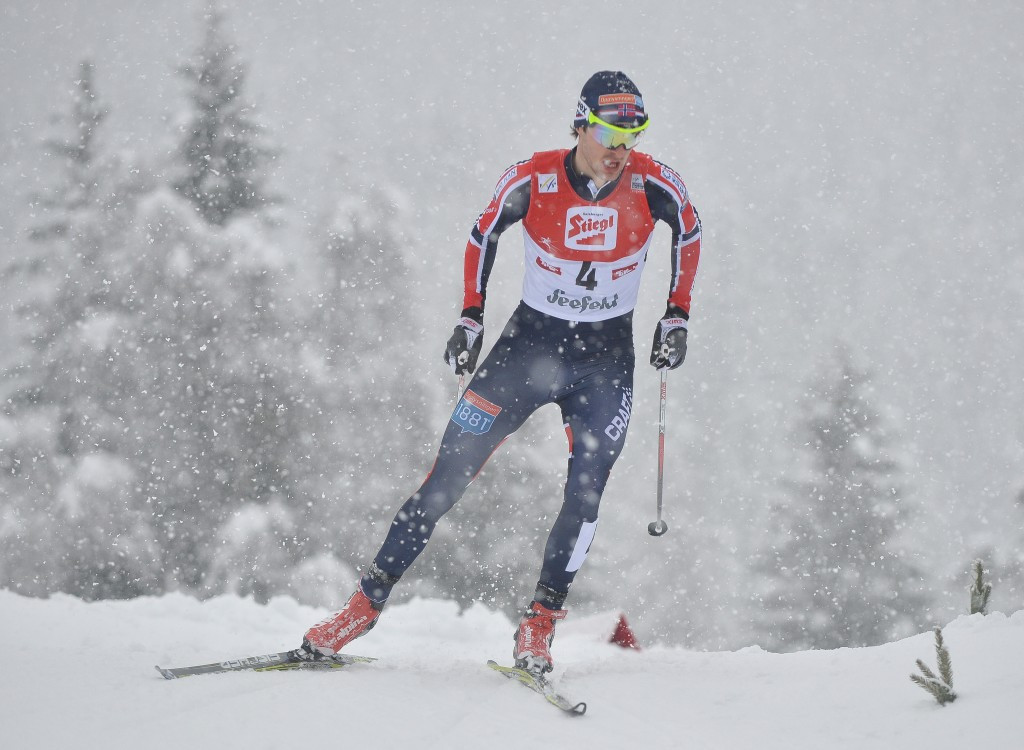 Jørgen Graabak and Fabian Rießle were pitted against each other in the closing stages and with both wanting to take the middle lane, Germany's Rießle crashed in the final metres of the 4x5 kilometres cross-country.

Graabak crossed the finishing line with his country finishing in 48 min 13.5 sec, with the Germans back on 48:21.4 in second.

Frenzel produced the longest jump of the day, leaping 107 metres for 84.0 points, while Faißt's more than useful 101m effort brought the team 72.0 points.

Norway's quartet, which also featured Magnus Krog, Magnus Moan and Jan Schmid, were the second best jumpers and had to start the skiing relay 24 seconds adrift of the Germans.

The race began in light snowfall which quickly turned heavy, and Moan made up the time difference by catching Faißt on leg one.

The teams stayed together from that point on with nobody able to pull away until the dramatic climax to proceedings.

Austria's team finished in 48:35.7 to take the bronze medal.

Norway's success means they have won two out of the three team World Cups this season, after their triumph in Val di Fiemme in Italy.

The action in Schonach will continue with the season ending individual World Cups tomorrow and Sunday (March 6).