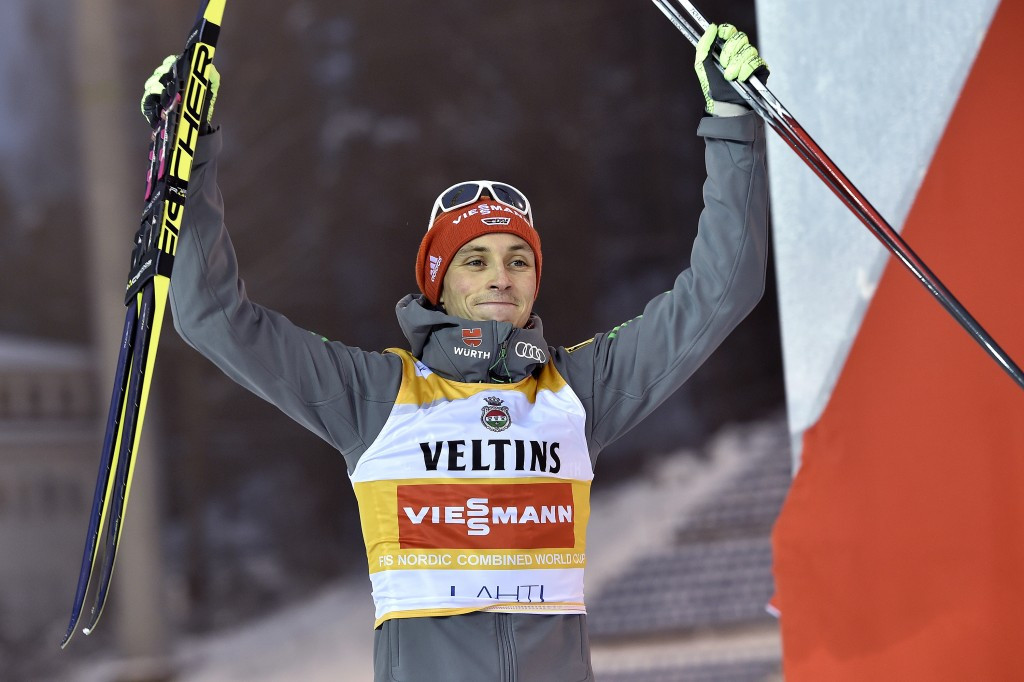 The 27-year-old Olympic champion from Sochi 2014 has benefited this weekend as his nearest challenger, Japan's Akito Watabe, missed out on the action at the Italian resort due to injury.

Frenzel was fourth today and that gave him enough points to mean he cannot be caught in the overall standings, with his tally now totalling 1,257 ahead of Watabe's 984.

Two World Cup events remain in Schonach in Germany, which will now serve as a glorious homecoming for Frenzel.

After winning the ski jumping section in Val di Fiemme yesterday, only to finish second after the skiing, there was case of deja vu for the German as he again proved to be the best of the jumpers.

His effort of 120.5 metres gave him 116.3 points and was the longest leap of the day, meaning he had a 24 second head-start over second-placed compatriot Tobias Simon.

The eventual winner on the day was Norway's Magnus Krog, however, the fifth best jumper but who powered into the lead during the 10 kilometres cross-country, despite starting more than a minute adrift of Frenzel.

Another Norwegian, Jørgen Graabak, made a huge climb into second, despite being ranked 15th after the ski jumping, with Germany's Fabian Rießle, third in the overall standings, clinching the bronze medal.

Simon failed to finish the skiing after his earlier jumping performance.