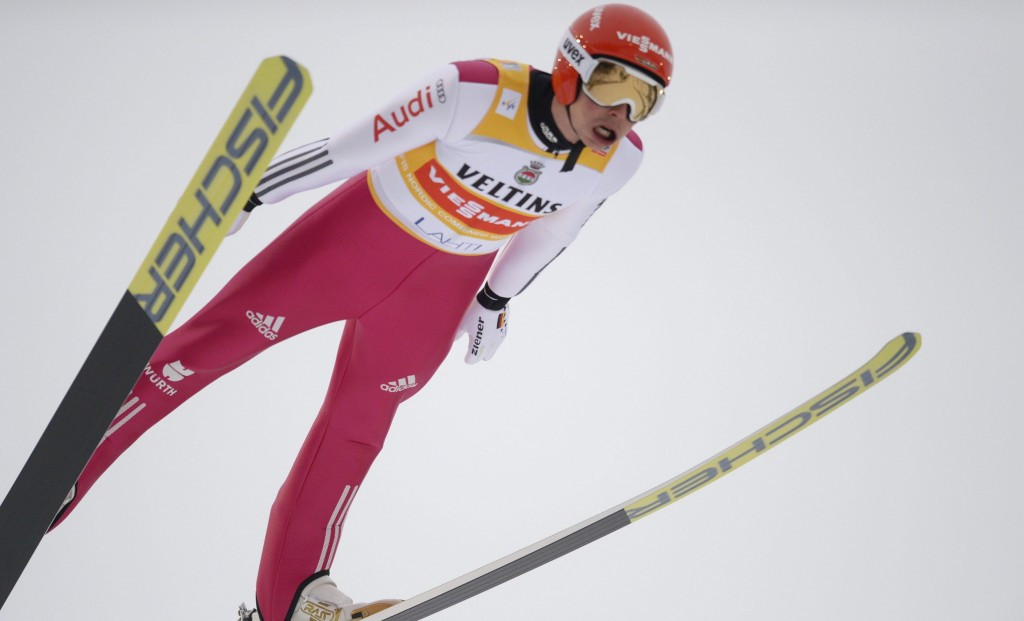 The nominees have been announced for the International Ski Federation's (FIS) first-ever Nordic Combined awards.

Prizes will be handed out in Schonach in Germany, which will host the final two World Cup events of the season on March 5 and March 6.

A jury consisting of nine international journalists who specialise in Nordic Combined will now decided the winners.

In the athlete of the year category, this season's overall World Cup champion Eric Frenzel is one of four athletes shortlisted.

Also nominated is Japan's Akito Watabe, who is second overall in the standings and has claimed the silver medal eight times this season after particularly impressive jumping performances.

German Fabian Rießle, who boasts three World Cup wins in 2015/16, and Norway's Jørgen Graabak, who has won once, are also in the frame.

Meanwhile, Germany's Frenzel winning the Seefeld Triple competition has been nominated for moment of the year, along with Norwegian Jarl Magnus Riiber's performance in Lahti.

In the rookie of the year category, Riiber, Japan's Takehiro Watanabe and Germany's Manuel Faißt are in contention.

Schonach’s Haus des Gastes will host a ceremony on Sunday (March 6) where athletes can look forward to a red carpet arrival.

The winner of athlete of the year will receive a Go-Pro camera, while the winning rookie will earn an Audi driving experience.