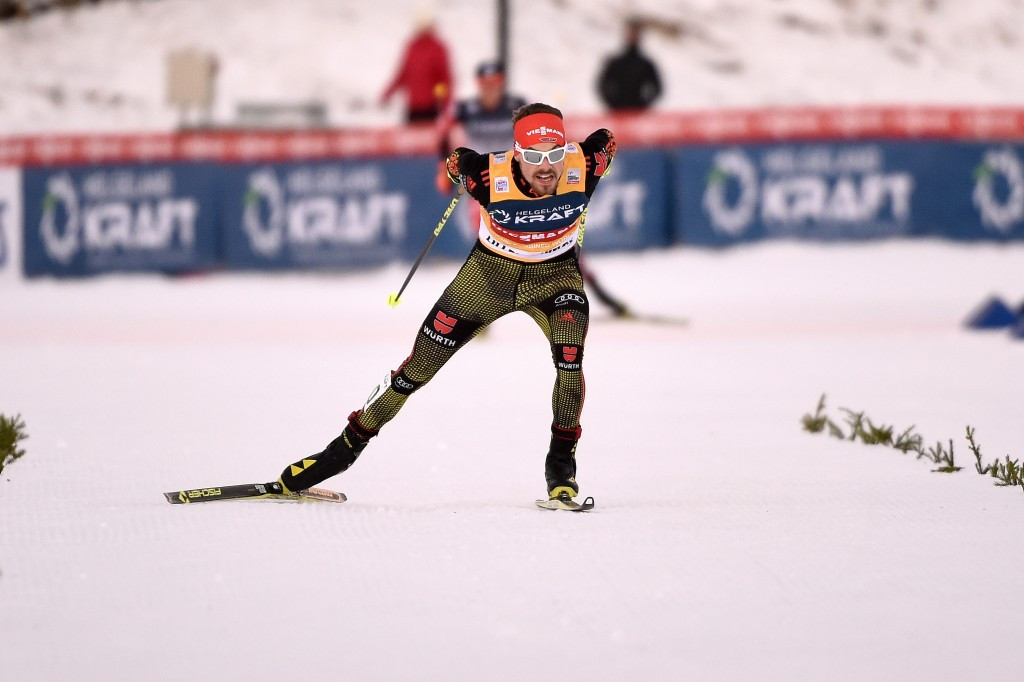 The duo topped the jumping standings and then finished the cross country in 32min 50.3sec, ahead of Germans Tino Edelmann and Tobias Haug who ended the 7.5 kilometre ski with a time of 32:57.0.

Jumping was held amid big changes in wind conditions during competition and the Norwegians took a surprising victory, mainly thanks to Graabak's 126.5 metres effort.

Krog recorded 121.5m for an overall points tally of 283.3 and a one second time advantage over the French pair.

The Germans were fourth best after the jumping but made the time up on the track.

Italy’s Samuel Costa had an amazing jump of 142m, aided by the strong winds, but crashed on landing which saw him and partner Armin Bauer start the cross-country in 15th.

He set this at the World Championships in 2013.

During the ski, the Norwegians performed a strong and even race, giving their competitors no chance of catching them.

After two team events, Germany continue to top the standings after their duo Johannes Rydzek and Fabian Rießle won in Lahti in Finland earlier this month.

A final team event is due to be held in Schonach in Germany on March 4 with two individual World Cups now set for Val di Fiemme tomorrow and Sunday (February 28).