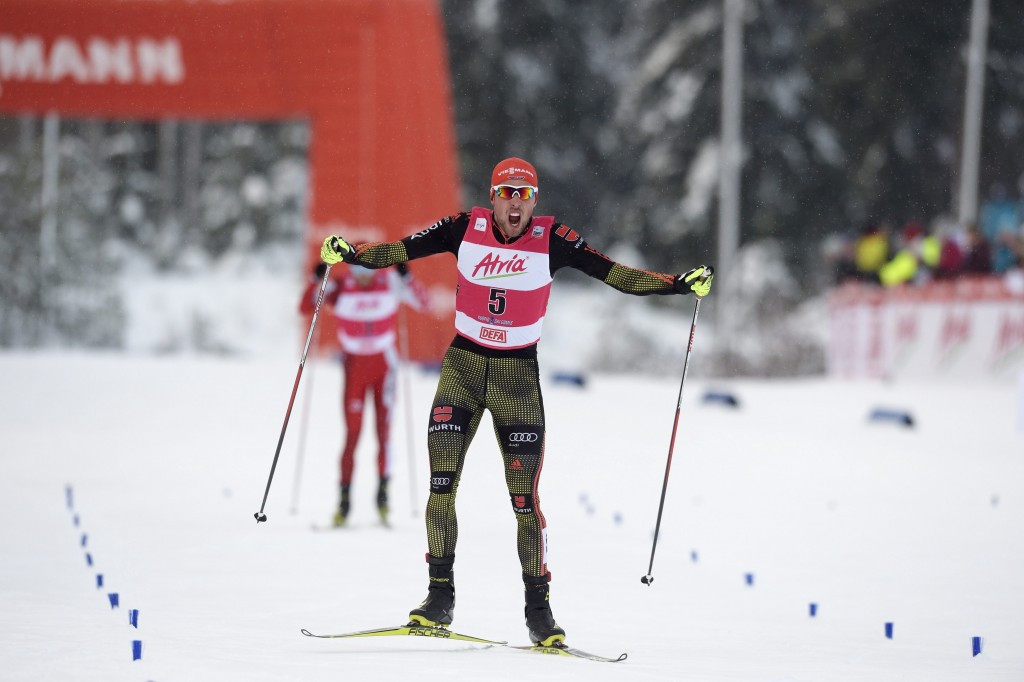 Double Olympic medallist Johannes Rydzek topped the podium for the first time this season as the Nordic Combined World Cup returned to Kuopio after a break of 15-years.

The German was fifth in the standings after the ski jumping but powered home in the cross-country, eventually clocking a winning time of 23 min 59.6 sec in the 10 kilometres race.

That saw him edge out Japan's Akito Watabe by 6.2 seconds with the 27-year-old finishing as runner-up for the eighth time this season.

The Sochi 2014 Olympic silver medallist once again led the field after the jumping, registering a leap of 129 metres for 127.7 points.

That earned him an eight second head-start in the skiing but he once again couldn't hold on as Rydzek, the reigning world champion, caught him at the halfway stage after starting 34 seconds back.

Watabe did manage to stay in contention until the final stages when Rydzek, a sprint specialist, turned on the style to power to the line.

Third place on the Finnish course went to Austria's Wilhelm Denifl who made the podium for the first time this season with a finishing time of 24:35.0.

The 35-year-old was fourth after the jumping on a solid day of competition for him.

Eric Frenzel, the overall World Cup leader and Olympic 10 km/normal hill champion, had a disappointing day with his jump of 127.5m only good enough for ninth after the judges' scores were considered.

He gained a couple of places after the ski to finish seventh, and the German continues to lead the overall standings on 1127 points.

Watabe is second on 984 with another German, Fabian Rießle, third on 834.

The Nordic Combined World Cup will continue in Val di Fiemme in Italy on February 27.