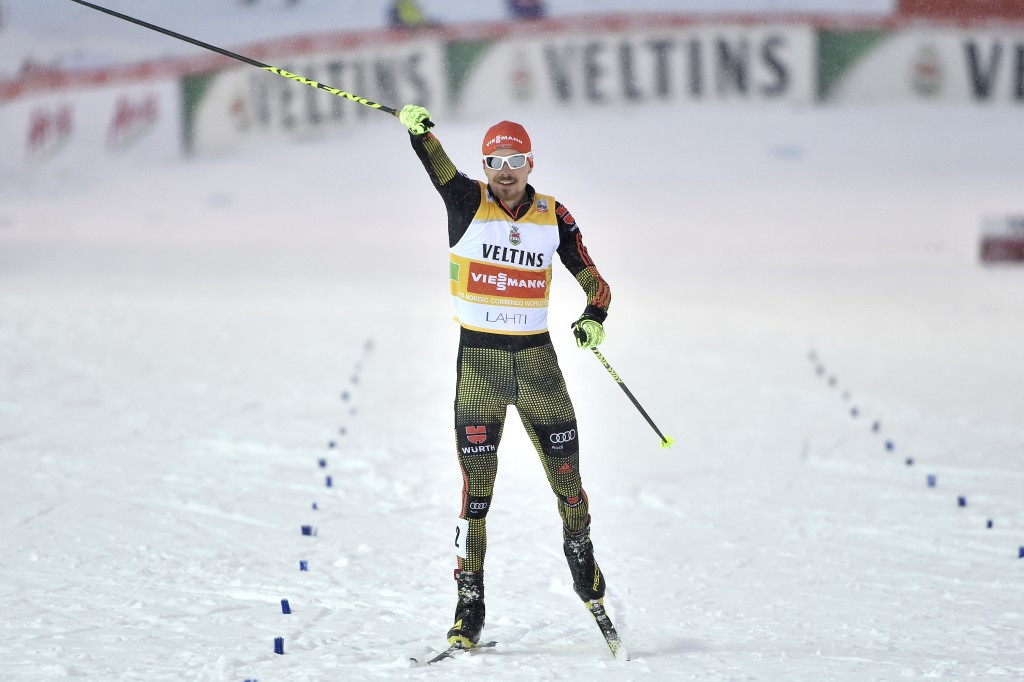 Fabian Rießle claimed his third Nordic Combined World Cup victory of the season by coming out on top in the second event in Lahti today.

Strong winds meant that the ski jumping did not take place, with the provisional competition round (PCR) results from Friday (February 19) used instead to determine the start-list for the cross-country.

Norway’s Jarl Riiber was the best jumper of the PCR but he dislocated his shoulder during yesterday's team event and could not take his place in the 10 kilometre race.

That put Japan's Akito Watabe at the head of the field after he recorded a PCR jump of 127.5 metres for a points total of 131.7.

He had a 30 second lead over Germany's World Cup leader Eric Frenzel and a 38 second gap over his compatriot Rießle, but both of the Europeans were able to get past Watabe when the skiing began.

Frenzel and Rießle found each other on the track quickly and skied together before catching Watabe after 5km.

It was Rießle, a double Olympic medallist, who was able to click through the gears and pull away from his rivals with the chasing pack more than 45 seconds behind the leading trio.

Twenty-seven-year-old Frenzel, the Sochi 2014 10km/normal hill Olympic champion, now has 1091 points on top of the overall standings, with Watabe second on 904.

Rießle's victory has increased his tally to 789, and he remains in third place, while he has added individual glory to the team title he collected with Johannes Rydzek two days ago.

The Nordic Combined World Cup will now remain in Finland, with an event in Kuopio on Tuesday (February 23).