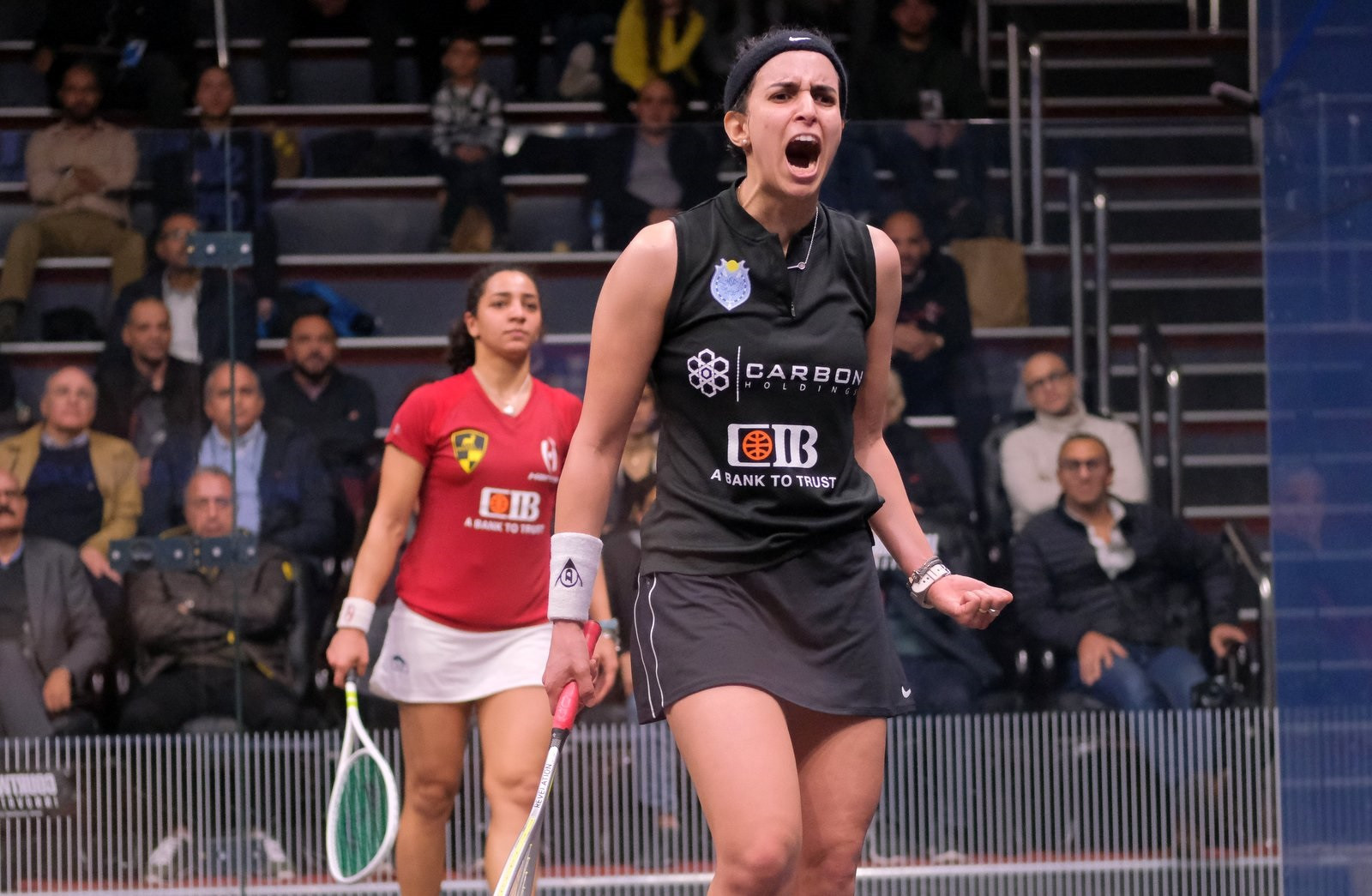 It will be the world number five's first semi-final at a Professional Squash Association (PSA) World Tour Platinum event since the US Open in October after she put in a confident display to take out El Welily, who beat compatriot Nour El Sherbini last year to win the inaugural title, at Black Ball Sporting Club.

Both players pushed each other to their limits with the momentum of the match constantly swinging between the two talented Egyptians in the gruelling 72-minute clash.

El Tayeb, who recently won the Cleveland Classic PSA World Tour Bronze event, had suffered early-round exits at the two previous PSA World Tour Platinum events, but she produced a performance of the highest calibre against the world number one to come from 2-1 down and triumph 11-9, 9-11, 9-11, 12-10, 11-9.

"She is the world number one and is one of my role models growing up," El Tayeb said.

"It’s easy to prepare for this match because there is very little pressure on me and I can’t believe I won.

"Every game and every point I was happy to be there because I am in a major quarter-final for the first time in so long.

"After I won the first game, I thought that's good progress – a week ago I wouldn't have dreamed of taking a game off Raneem, so I told myself, if you lose the second game, it doesn't matter.

"And that helped me to keep pushing."

🗣 @SJPerry15 talks her second major semi-final in two weeks and the prospect of facing @HaniaaElHammamy for a place in the final 👀#BBSO20 #squash pic.twitter.com/5sBPfg9sn6

El Tayeb will face reigning world champion El Sherbini for a place in the final after she defeated France’s Coline Aumard in straight-games to reach her fourth semi-final of the season.

Aumard, who was featuring in her first PSA World Tour Platinum quarter-final, was unable to prevent the charge of an in-form El Sherbini, who showed no signs of losing any momentum from her Windy City Open victory in Chicago last week as she powered to an 11-8, 11-5, 11-9 win.

The other semi-final will see England's Sarah-Jane Perry take on Egypt’s Hania El Hammamy after they claimed respective wins over Egypt’s Nada Abbas and the United States' Amanda Sobhy.

El Hammamy, who reached the semi-finals of the PSA Women’s World Championship earlier this season, secured a big upset against world number three Camille Serme of France in the last 16 and further backed that up today with a confident performance against Sobhy that earned her an 11-6, 6-11, 11-5, 11-8 victory.

Perry, who has not dropped a game so far this week in Cairo, reached the last four at the Windy City Open and will once again feature in a semi-final after she put in a professional performance to take out the unseeded Abbas.

The Englishwoman took a tight first game on a tiebreak, but following that breakthrough she was able to cement her game plan and control the pace of the match to comfortably close it out 12-10, 11-7, 11-3 in 31 minutes.

The semi-finals are due to take place tomorrow, with the final scheduled to be held on Saturday (March 14).