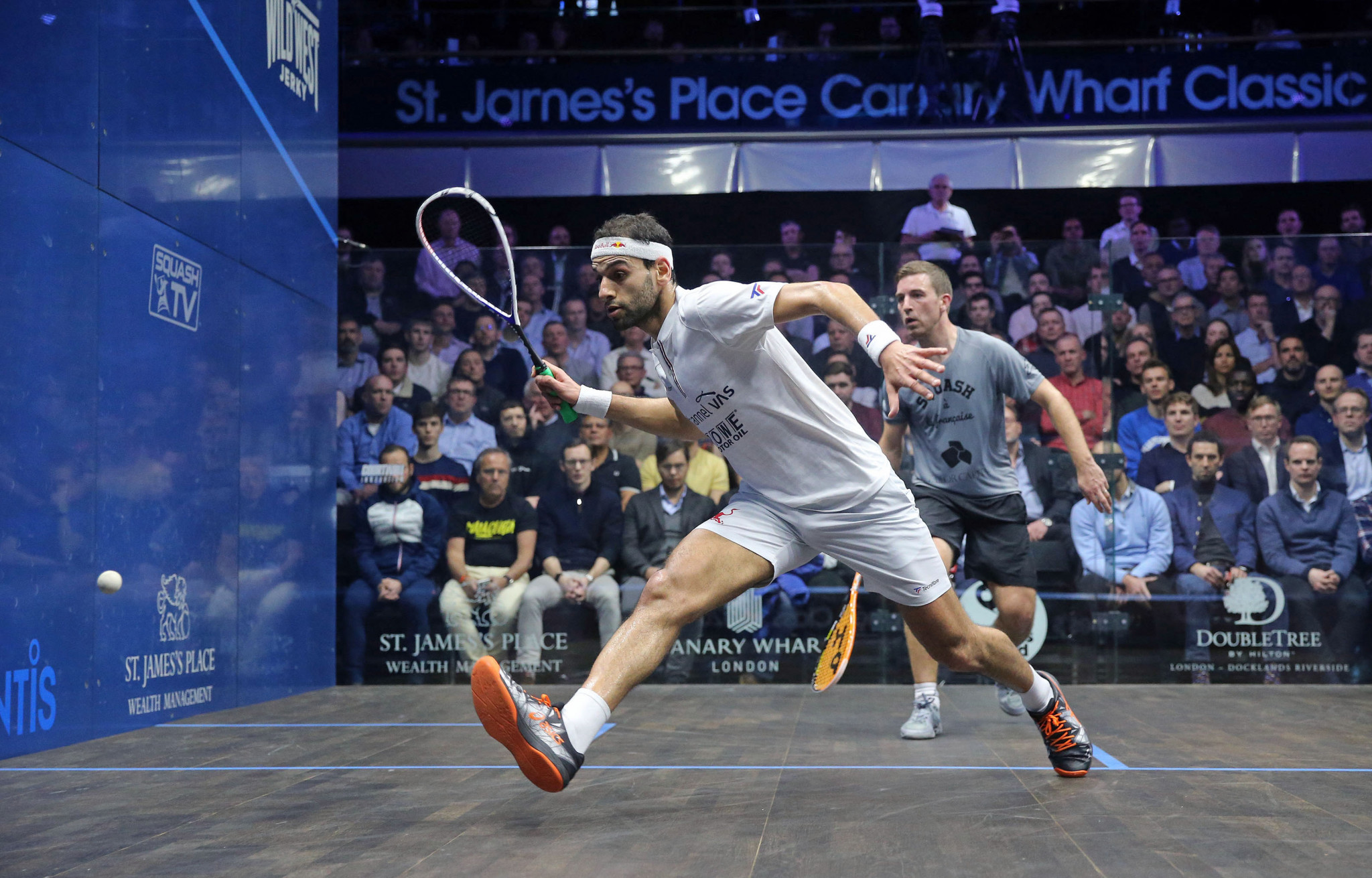 World number one Mohamed ElShorbagy narrowly secured his spot in the quarter-finals of the St James’s Place Canary Wharf Classic after overcoming a tricky test against France’s Mathieu Castagnet in London.

The Egyptian triumphed 11-6, 8-11, 11-9 on day two of the Professional Squash Association (PSA) Gold tournament at the East Wintergarden, setting up a last-eight clash with India's Saurav Ghosal on Wednesday (March 11) after the world number 13 got the better of Germany’s Simon Rösner, 13-11, 7-11, 11-4.

It was ElShorbagy who held control through the first game, as he aimed to bounce back from his last-eight loss to New Zealand’s Paul Coll at the Windy City Open in Chicago last week.

He took it 11-6, but as is always the case with Castagnet, the Frenchman fought back.

Thanks to Castagnet’s mental and physical toughness, the match would be pushed into a third game as the world number 22 refused to go down without a fight.

He claimed the second 11-8 to set up a decider and it looked like it could go either way right through the middle part of it, with neither player able to pull away.

In the end, ElShorbagy took the third 11-9, advancing through to the quarter-finals.

"He had a really bad injury and he is making his way back.

"I know his ranking is still outside the top 20 but the level he can play at…once you are a great player, you don’t just become a bad player.

"You stay great and luckily I pulled through at the end."

Ghosal came out firing in the first game of his clash with world number seven Rösner.

He held the momentum through the middle part of the first game, before he caught the German on his follow-through at 9-5.

After a 10-minute blood injury delay, Rösner came back onto court and won five of the next six points, including saving four game balls.

However, it would be Ghosal that took the game 13-11, before his opponent found his way back into the match, restoring parity in the contest by winning the second 7-11.

It would eventually be the Indian that prevailed 11-4 in the third, securing only his third win over Rösner on the PSA World Tour.

"I was 9-5 up, the momentum was with me, and especially when you are playing Simon, it is so difficult to get that against him because he has such good power and a great touch at the front of the court," Ghosal said.

"He stepped up and played some really good stuff but I am glad that I was able to finally win it because I think on the balance of play that I deserved to win it.

"Beating a player of that quality, in the form that he is in right now, is a really good win for me."

Elsewhere on the second day of the tournament, world  number six Diego Elias of Peru and world champion Tarek Momen of Egypt made their way through to the last eight, with the pair scheduled to meet on Wednesday.

The second round is due to continue tomorrow.