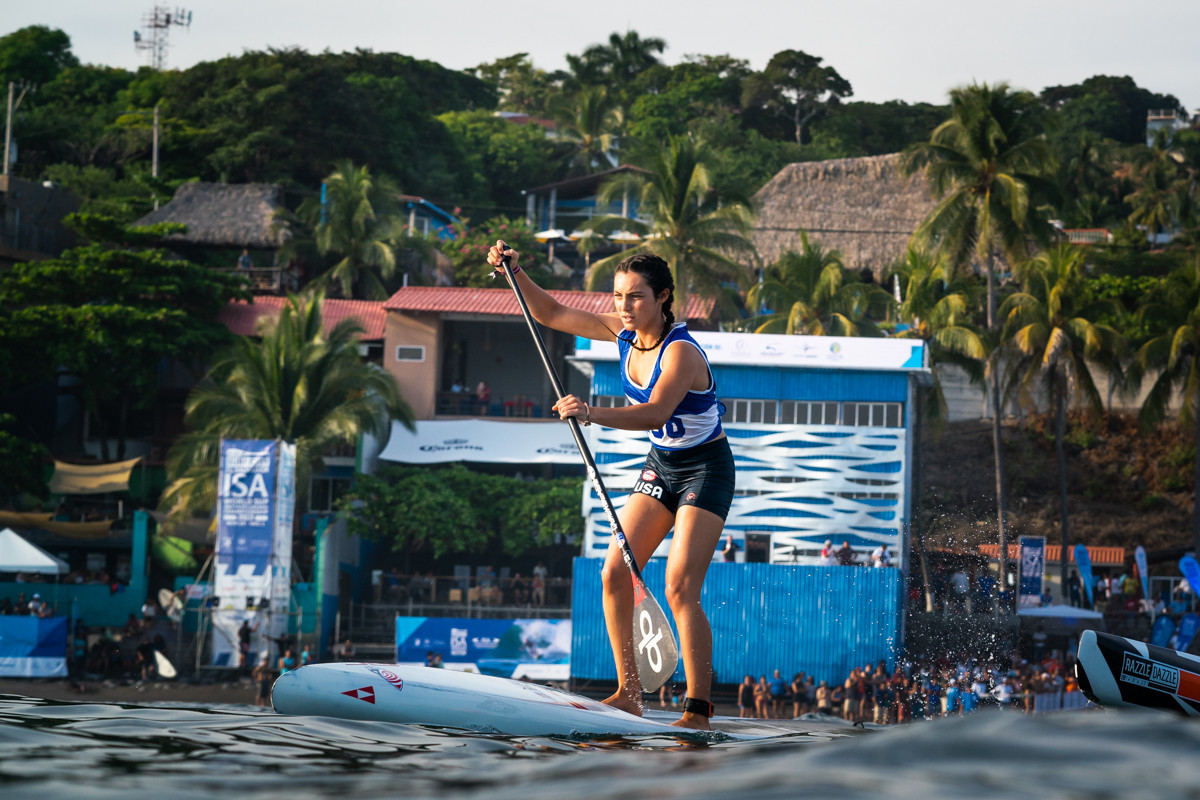 Compatriots Stephanie Shideler and Candice Appleby could only finish ninth and 11th, respectively, in the 18km distance race after missing a buoy on lap two and having to complete a correctional lap at Club Salvadoreño.

Howson said it was a driving force to recoup points as the technical races began on day three.

The Laguna Beach native told insidethegames: "Yesterday gave me a lot of motivation to do good for the team because there were a lot of hiccups but we are coming back and are ready.

"We are going to do everything we can to take that gold so I'm doing everything I can to get points for our team."

Howson, who already has one gold after claiming victory in the SUP sprint races on the opening day, said it was an honour to race against such a strong field in El Salvador.

"It will be a great race tomorrow," Howson said, who will also contest the junior championship races this week.

"I always love coming to this competition because there is so much good competition here.

"I am really grateful to be able to race with such fast girls.

"It's very different here to where I'm from.

"It is hot and humid and it's usually warmish and dry in California, but when I got here I saw those waves and everything melted away and I did my best to prepare and surf my heart out."

In the final, Howson will face stiff competition from Spaniard Esperanza Barreras, who won the chaotic distance race yesterday.

Barreras won the first semi-final ahead of Juliana Gonzalez from Argentina and American Appleby.

There will also be tough competition from French paddler Amandine Chazot, who finished second behind Howson to reach the final.

Rika Okuaki of Japan and Caterina Stenta from Italy will also contest the podium places tomorrow.