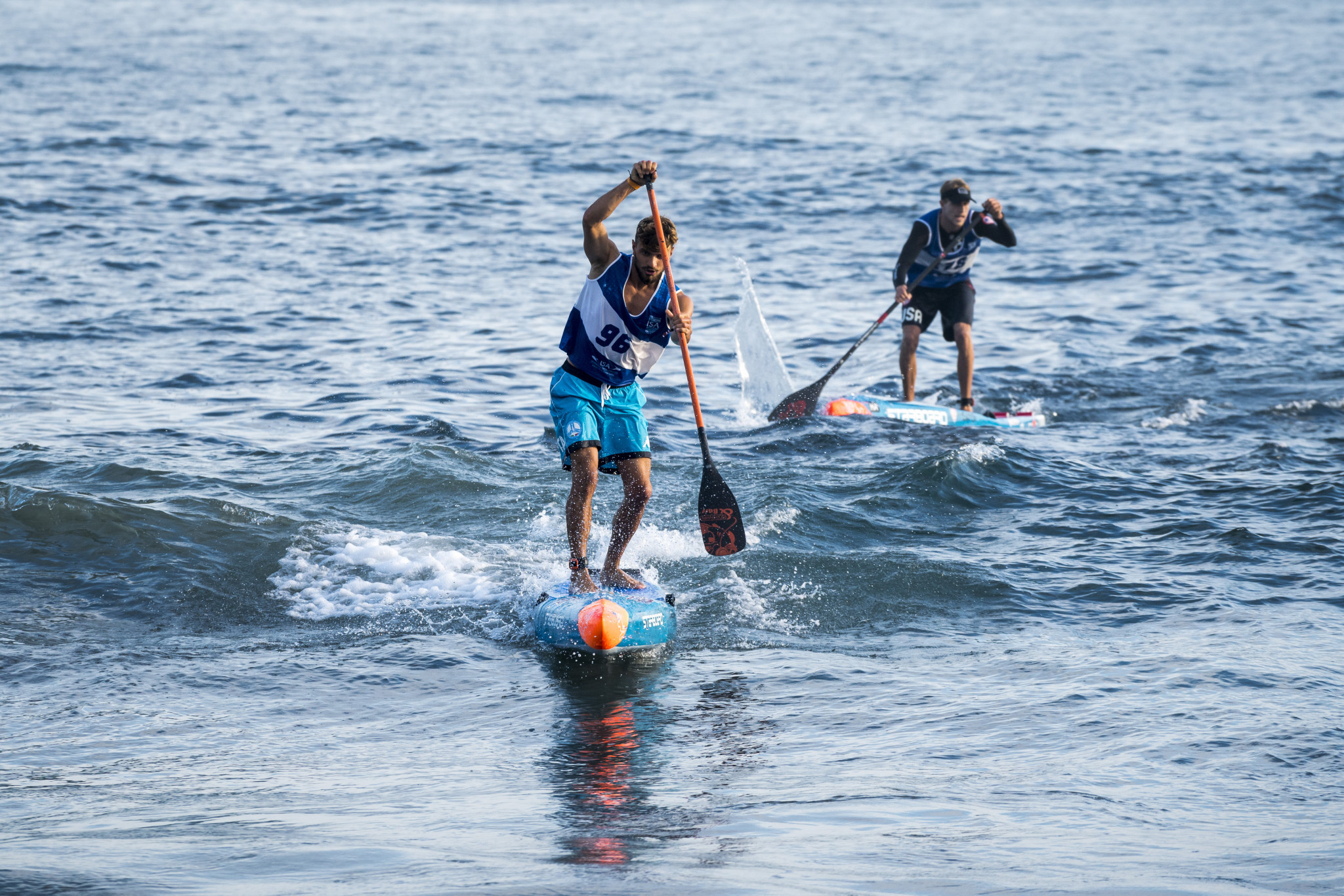 American Howson claimed the first gold medal at Club Salvadoreño with an action-packed race to the finish with Brazil's Jessika Matos de Souza.

Howson had won her first round and semi-finals by taking the inside line on the 200 metres out-and-back course but found de Souza alongside her as they came back into shore after rounding the buoy.

As De Souza stumbled coming off the break, Howson remained steely calm to take the individual world title and earn maximum points for the United States.

De Souza jumped out of the water to collect the silver.

After the race, Howson told insidethegames: "I made sure to stay to the first lane and moved to the right after the first buoy.

"I'm super excited and I improved on my last sprint race.

"It is all I dreamed of and I'm so grateful to be here."

Five-time world champion Casper Steinfath from Denmark, was forced to withdraw from the event suffering from a fever and was replaced by compatriot Christian Andersen.

Baxter almost missed out on the final when Rai Taguchi caught a wave in the closing 50m as they battled for second place but the American prevailed when the Japanese fell upon arrival back at the beach.

He was helpless though to prevent Nika taking the world title, though, as the close rivals left Puyo and Delgado in their shadows.

Nika edged clear to finish to a chorus of "Italia, Italia" as his team mates cheered him over the line for a stunning gold.

Baxter took second with Puyo holding off Delgado for bronze.

"It is an amazing feeling today and the first gold medal of my life," said Nika.

"It is a lot of training and hard work.

"I want to thank my family, my trainers and my sponsors.

"Thank you for this amazing event,

"This year I trained hard to be on top and I did it."

Tomorrow the action continues at El Sunzal beach as the long distance races are due to take place.