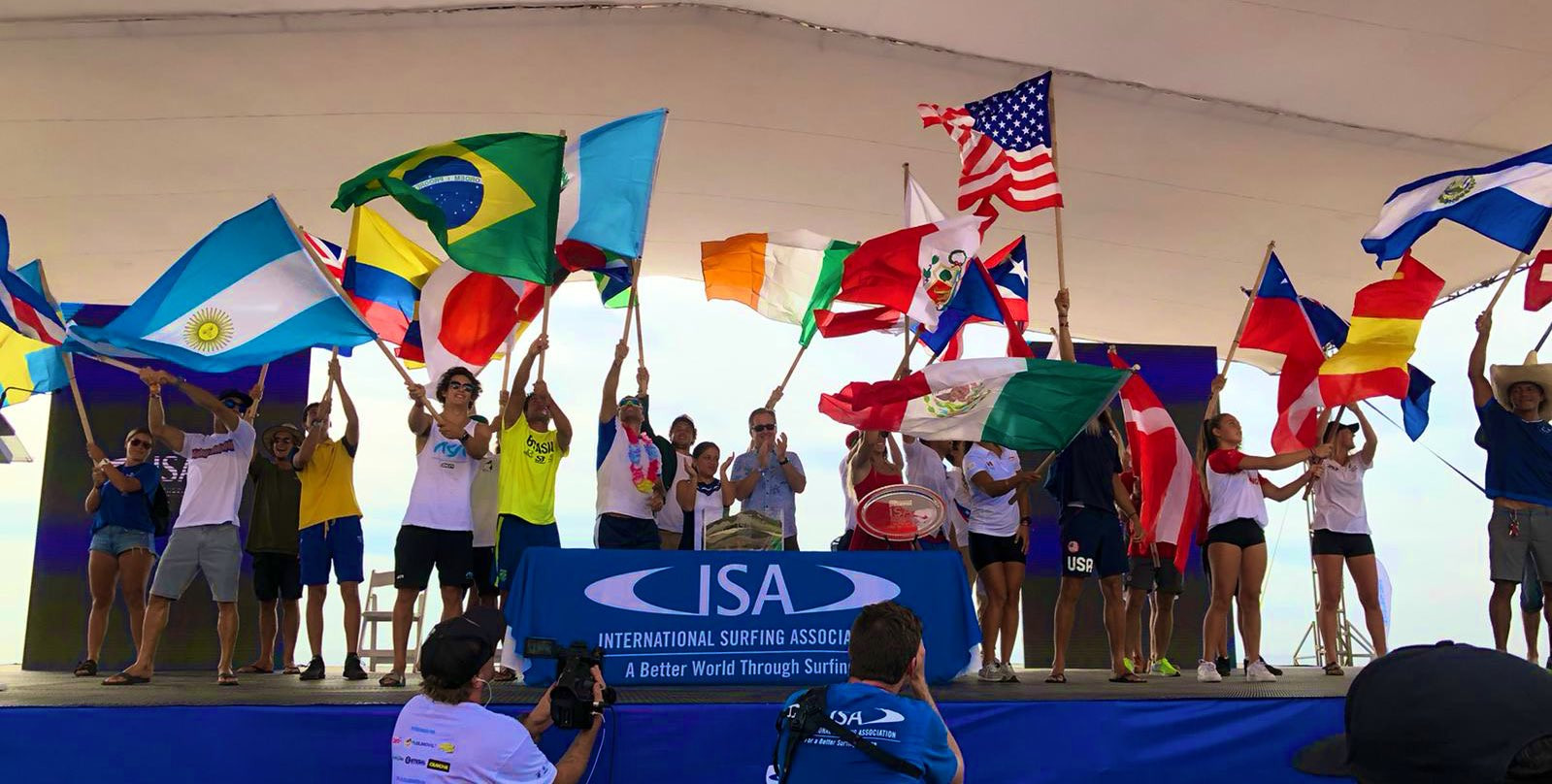 During an hour-long Opening Ceremony, the Minister welcomed 161 athletes from 27 nations, as well as officials and delegates.

"We are proud to host the SUP and Paddleboard Championship and to see everyone here today," said Valdez.

"It is a pleasure to have you here.

"We all are here, like you, for the water, the sun and the waves."

Valdez thanked El Salvador's President Nayib Bukele for his role in bringing the Championship to the region and said she hoped a successful week in El Sunzal could aid the country's bid to host the 2020 World Surfing Games.

In a meeting with team delegates on the eve of the tournament, Bukele called on competing surfers to be ambassadors for El Salvador.

"Some of your knew of El Salvador already but most of you didn't," said Bukele.

"We are trying to become a prime surfing destination and that will take a couple of years."

El Salvador is one of several countries bidding for the World Surfing Games.

The event is scheduled to act as a qualifying tournament for Tokyo 2020, where the sport is set to make its debut.

"When you post something to your Instagram, Twitter or Facebook everyone that follows you or admires you will be seeing our country, our waves, our beaches and all the things we have to offer," Bukele added.

"We want you to be happy, have fun and have a great time and project that all over the world."

A parade of nations preceded Valdez' welcoming speech as athletes, ISA officials and delegates announced the opening of the Championships.

"A Sands of the World" Ceremony saw representatives from each country take to the stage and pour sand from their local beaches into a container to symbolise a peaceful gathering of all nations.

ISA President Fernando Aguerre is not in El Salvador owing to a broken leg but an audio message wishing competitors luck for the Championship was played and called on everyone involved to celebrate their involvement in the event.

Head judge David Norritt and Australian surfer Shakira Westdorp took the oath of good spirit on behalf of the officials and competitors before a traditional dance was performed by the Historiantes de San Antonio Abad group.

The Opening Ceremony was concluded with a union of colours which saw flagbearers from the 27 countries arrive on stage as the Championship was officially declared open.

Competition in El Salvador is due to begin with the SUP sprint races this afternoon before long-distance and technical races are held later in the week.

The Championship are due to conclude with the SUP surfing contests on December 1.