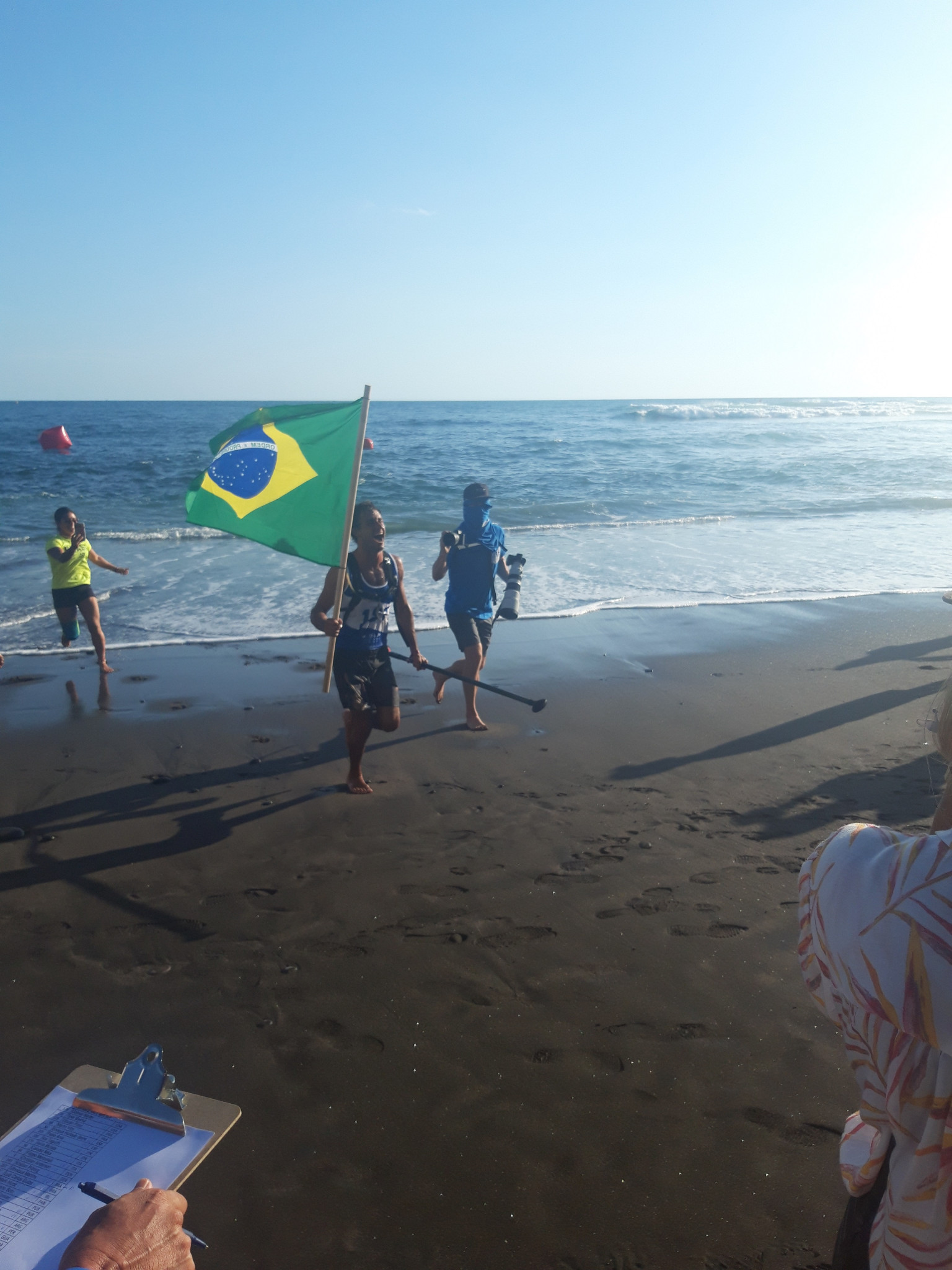 The Brazilian finished more than two minutes clear of his closest rival as he navigated choppy conditions on day two at Club Salvadoreño.

"Conditions were similar to where I come from in Brazil," said Martins.

"There was a lot of wind and waves but the bumpy ocean, I really like it.

"It has been a long road.

"I have competed at seven ISA World Championships and I think it is such a hard way to get to this gold and it makes it even more special."

Ahead of the men's race, five women were disqualified from the women's SUP race after missing a buoy and Martins said it gave him a reminder to keep his focus.

"The drama with the women's race got me a little nervous as I was following my team-mates," said Martins.

"It helped me to pay attention to not make the same mistake.

"It is the first time that I win a big international race let alone a World Championship, so I was anxious, but I just focused on each bump and each stroke.

Italy's Claudio Nika claimed the copper medal in fourth to follow up on his sprint race gold medal from day one.

In the men's prone paddleboard race Hunter Pflueger from the United States successfully defended his 2018 title.

He claimed it would help the American team effort after compatriots Candice Appleby and Stephanie Shideler finished down the field in the women's SUP race earlier in the day.

"I'm really thankful to be able to contribute to the overall team points," said Pflueger.

"Those girls did phenomenal this morning and raced their hearts out and I know they will give their all in the next event.

"It is awesome to win gold back to back."

Spain's strong start to competition in El Salvador was underlined by David Buil Sanz crossing the line in second as Sam Norton earned a creditable third place for England.

Julen Marticorena was close behind in fourth position as France claimed four medals on day two.

Tomorrow the technical race preliminary rounds are due get underway while medals will be awarded in the team relay.