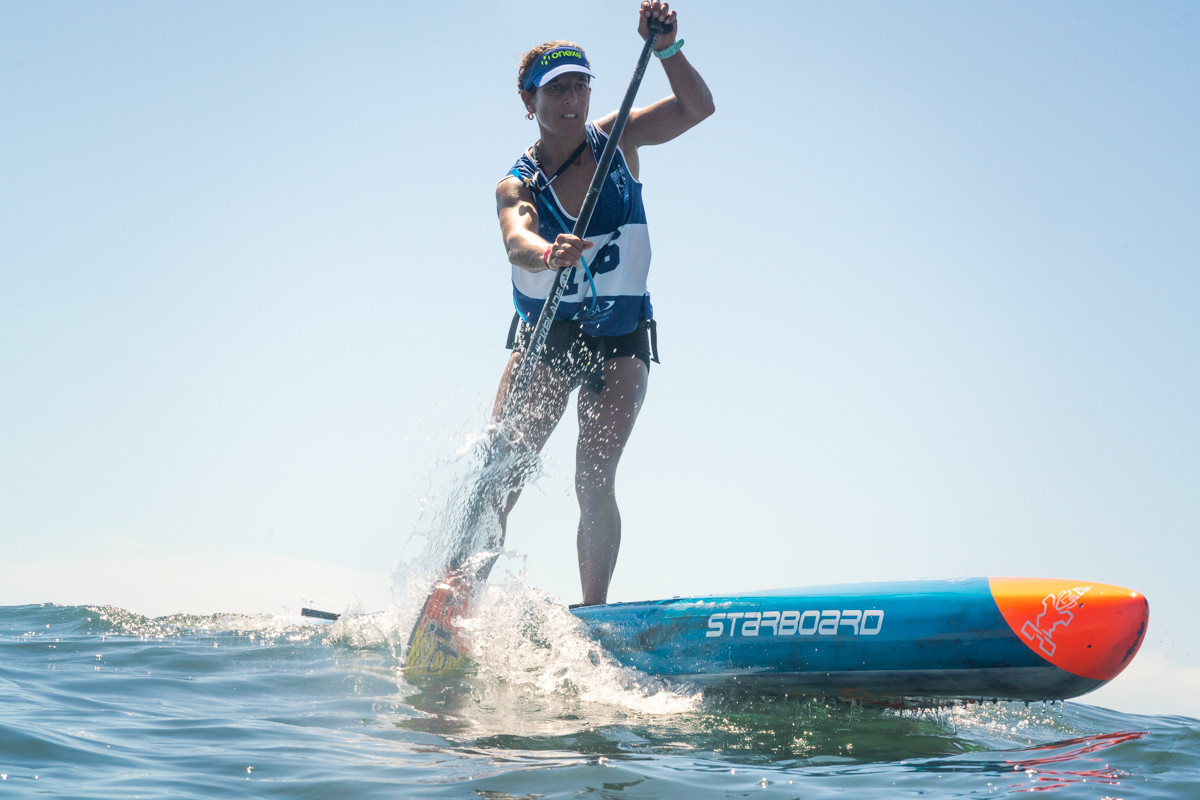 Barreras was one of 15 competitors who bypassed the course's third buoy on the second of three laps as the 18 kilometres race became farcical, with organisers and competitors unsure of who was winning the race.

ISA officials quickly determined that the lead group missed buoy three and that only three competitors in both the SUP and Paddleboard races, running concurrently, had navigated lap two successfully.

Drama unfolded as the news filtered through to team members on the beach, who frantically tried to communicate the issue to their nation's representatives.

Under ISA rules, anyone missing a buoy would need to complete an additional - correctional – lap but the officials on boats are not allowed to interfere with the race, meaning they could not communicate the error to participants.

Team members quickly created signs as team mates swam out to sea to inform the competitors of their mistakes, with rules stating they can enter the water but not the course.

It meant that gold medallist Barrezas paddled an extra 6km, overtaking the only three paddlers to complete the course properly, in the closing stages to win an energy-sapping world title and maximum points in the team event for Spain.

"I realised that we did a mistake on the first lap," said Barrezas.

"When I saw the other competitors following me I saw they had done the same.

"I just wanted to do one more lap and try to finish try to close the gap to the others who hadn't made the mistake."

As it was, Barreras zoomed past a very tired Mariana Carrasco Zanini of Mexico  to retake the lead of the race and she led home Amandine Chazot from France and Rika Okuaki of Japan, who claimed silver and bronze medals respectively.

"I don't believe in the gold medal yet," said Barreras as she awaited the official result.

"It is my first time in the World Championships so this was my dream.

Carrasco Zanini, also competing in her first World Championship, was the first of the finishers to complete the course correctly, paddling the required 18km to finish in fourth place and collecting the copper medal.

"It is surprisingly fourth place.

"I memorised the route and that was the key.

"It was important to stick to what I knew rather than to follow the person in front of me.

"The instructions were very clear and everyone had the maps.

"A few competitors did the fourth lap and even passed me so I think it was fair for everyone."

Pre-race favourite Candice Appleby was devastated with an eventual 11th place but said she understood the rules, even though the ensuing confusion was overwhelming.

"When I was coming i for the silver medal [lap three] I had given it everything I had," the American said.

"I surprised myself because I'm carrying an injury, so I was shocked.

"My team was screaming at me to go again but I was like, 'No, I've done the course'.

"We argued for a while and then I went around again and I had nothing left for the fourth lap.

"It was demoralising but I had to finish the course to get the points for the team."

Her team-mate Stephanie Shideler placed ninth as five competitors were disqualified for crossing the finish line at the end of lap three, having failed to complete the course correctly.

"I had no idea any buoys had been skipped," she said.

"The instructions were clear and after 18km, your brain is fried.

"We tried to process it and everyone is waving and screaming so it took a bit of time to know what was happening.

"It would be nice if there was a way to inform us but it was stated in the rules that no officials can say anything on the course.

"It is heartbreaking for us as athletes but we all made a mistake this time.

The confusion spread to the women's prone race too where South African Tyra Buncombe was officially declared the race winner after the event surpassed its three hour time limit.