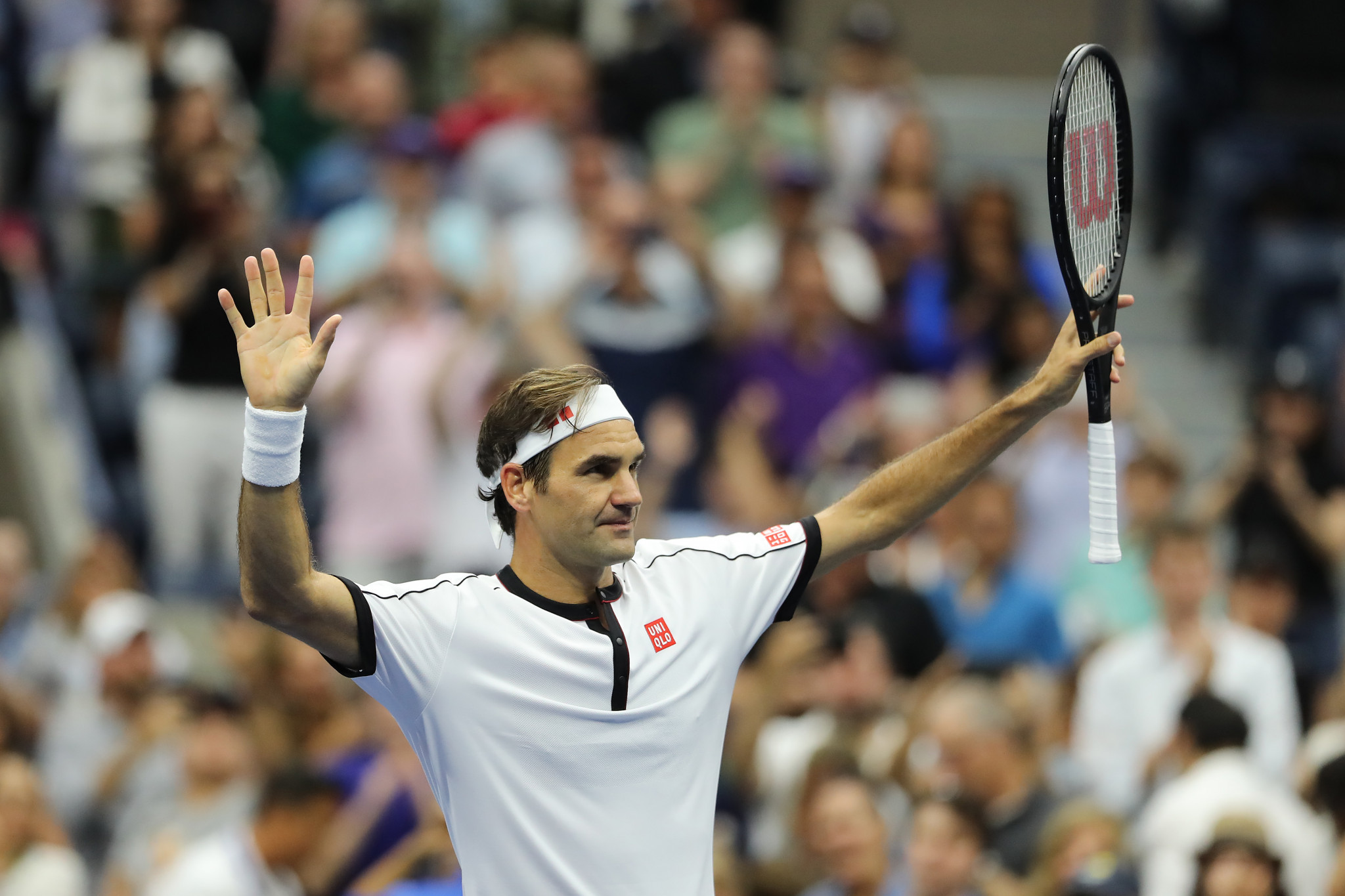 Tennis heavyweights Roger Federer and Serena Williams both had to come from behind to win their round two clashes on a rain-hit day at the US Open.

Defending champion and men's top seed Novak Djokovic and women's second seed Ashleigh Barty also progressed on day three, but showers postponed all action on the outside courts which do not have roofs.

Switzerland's 20-time Grand Slam champion Federer is looking for a record sixth open-era title at Flushing Meadows in New York but did things the hard way for the second consecutive round.

After dropping the opening set in his first-round win over Indian qualifier Sumit Nagal, the 38-year-old third seed did the same again before beating Bosnian Damir Džumhur 3-6, 6-2, 6-3, 6-4.

He went 4-0 down in the opening set to the world number 99 after hitting 12 unforced errors.

"I clearly have to play better from the get-go," the Swiss said.

"It's all good, you know, and I just need to take the positives out of it, because once I lose that first set I do get better, which is a good thing."

Williams, the eighth seed hoping to win a seventh US Open and a 24th Grand Slam on home soil, fell behind in an all-American duel with 17-year-old wildcard Caty McNally.

"She came out and played really well and showed no fear," said Williams, the eighth seed.

"She had absolutely nothing to lose and she played like that."

Serena's sister, Venus, was not so lucky as the two-time winner was beaten 6-4, 6-4 by Ukrainian fifth seed Elina Svitolina.

Australian Barty, the French Open champion, ended the hopes of American Lauren Davis with a 6-2, 7-6 win.

There was also success for women's third seed Karolína Plíšková as the Czech player was too strong for Georgia's qualifier Mariam Bolkvadze, 6-1, 6-4.

German qualifier Dominik Köpfer also made the third round as he beat American Reilly Opelka 6-4, 6-4, 7-6.

Action at the hard court event, the last grand slam of the year, continues tomorrow and will include today's matches postponed by the rain.