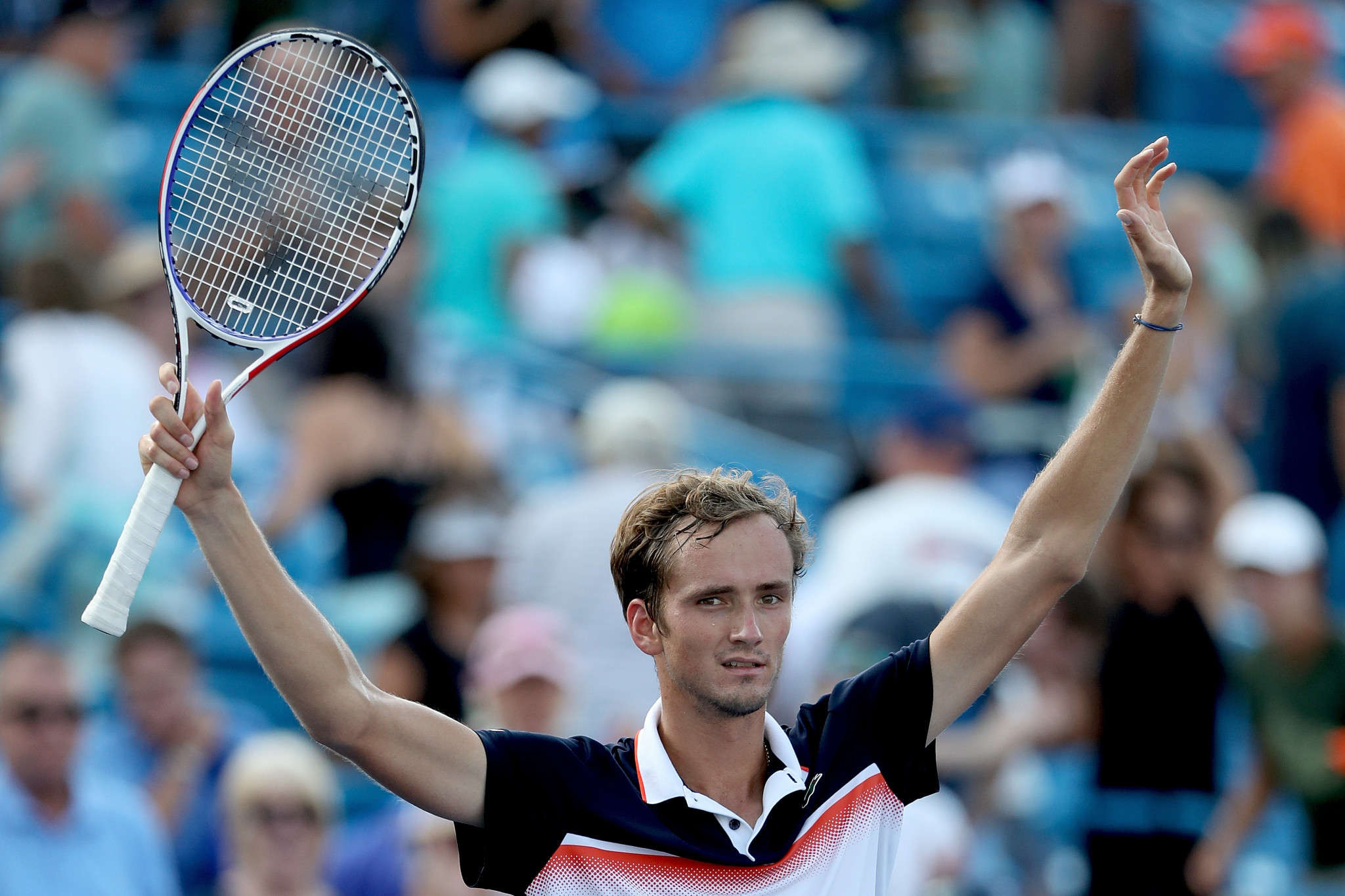 Medvedev, who defeated world number one Novak Djokovic of Serbia in the semi-finals, triumphed 7-6, 6-4 at the Lindner Family Tennis Center.

It extends a dominant run of form that has seen him reach three finals in three weeks.

He lost in the finals of the Citi Open in Washington and Rogers Cup in Montreal, against Australia's Nick Kyrgios and Spain's Rafael Nadal respectively.

"It's the hard work I've been putting in.

"It would not be good to lose three finals in a row, so I'm really happy about this.

"I started cramping at 5-3, actually.

"It was the first time I cramped in three weeks.

"I made four serves he didn't return and it was unbelievable."

Ninth seed Medvedev held his nerve in the first set tie-break and broke serve immediately in the second before seeing out the victory after one hour and 39 minutes.

The 23-year-old is in a strong position to qualify for the ATP Finals in London.

Up to a career-high number five in the ATP rankings, he will be the first Russian to feature in the top five since Nikolay Davydenko in 2010.

He now leads the ATP Tour with 44 match wins this year, including a tour-leading 31 on hard courts.

The 16th seed trailed Kuznetsova 5-3 in both sets but erased both deficits to ultimately hoist her first title in Ohio and second trophy of 2019, following her success at the Volvo Car Open in Charleston in April.

"I think I just really focused in on obviously really important games and was able to make her play a lot of balls," Keys, who will return to the world's top 10, said.

"Luckily, I figured out a way to level up the scoreline.

"I think when I was doing a good job at moving forward and kind of trying to neutralise some of her deep, heavy, spinny shots, I was able to get out in front in the point and play a little bit more offence."