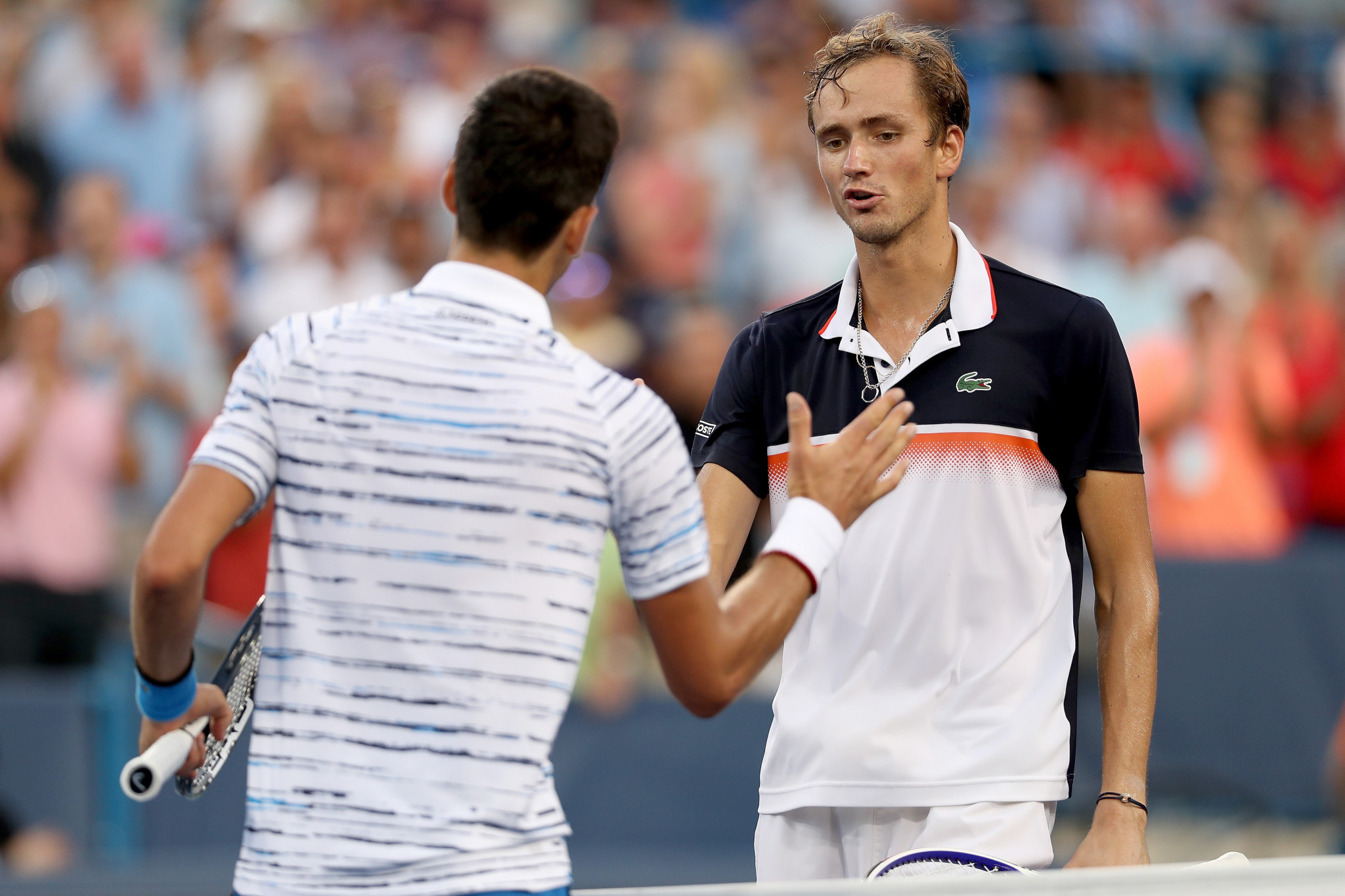 The Russian lost the first set to the world number one ranked Serbian before fighting back for a gritty 3-6, 6-3, 6-3 triumph at the Lindner Family Tennis Center.

The 23-year-old lost to Rafael Nadal in the Rogers Cup final last Sunday (August 11), but victory against Djokovic represented a 13th win in 15 matches in the current hard court season.

Medvedev will face David Goffin in the final of Association of Tennis Professionals World Tour Masters 1000 event after the Belgian won 6-3, 6-4 against Spaniard Roberto Bautista Agut.

In the Women's Tennis Association Premier 5 event in Cincinnati, top seed Ashleigh Barty crashed out in the semi-finals.

The Australian had played two three-set matches to book a last four spot but could not handle the ferocious play from Russian Svetlana Kuznetsova on the other side of the net.

The 2007 US Open winner Kuznetsova has climbed back up the rankings to world number 153 and defeated French Open champion Barty 6-2, 6-4 to reach the final.

She will take on 16th seed Madison Keys tomorrow after she won 7-5, 6-4 against American compatriot Sofia Kenin.