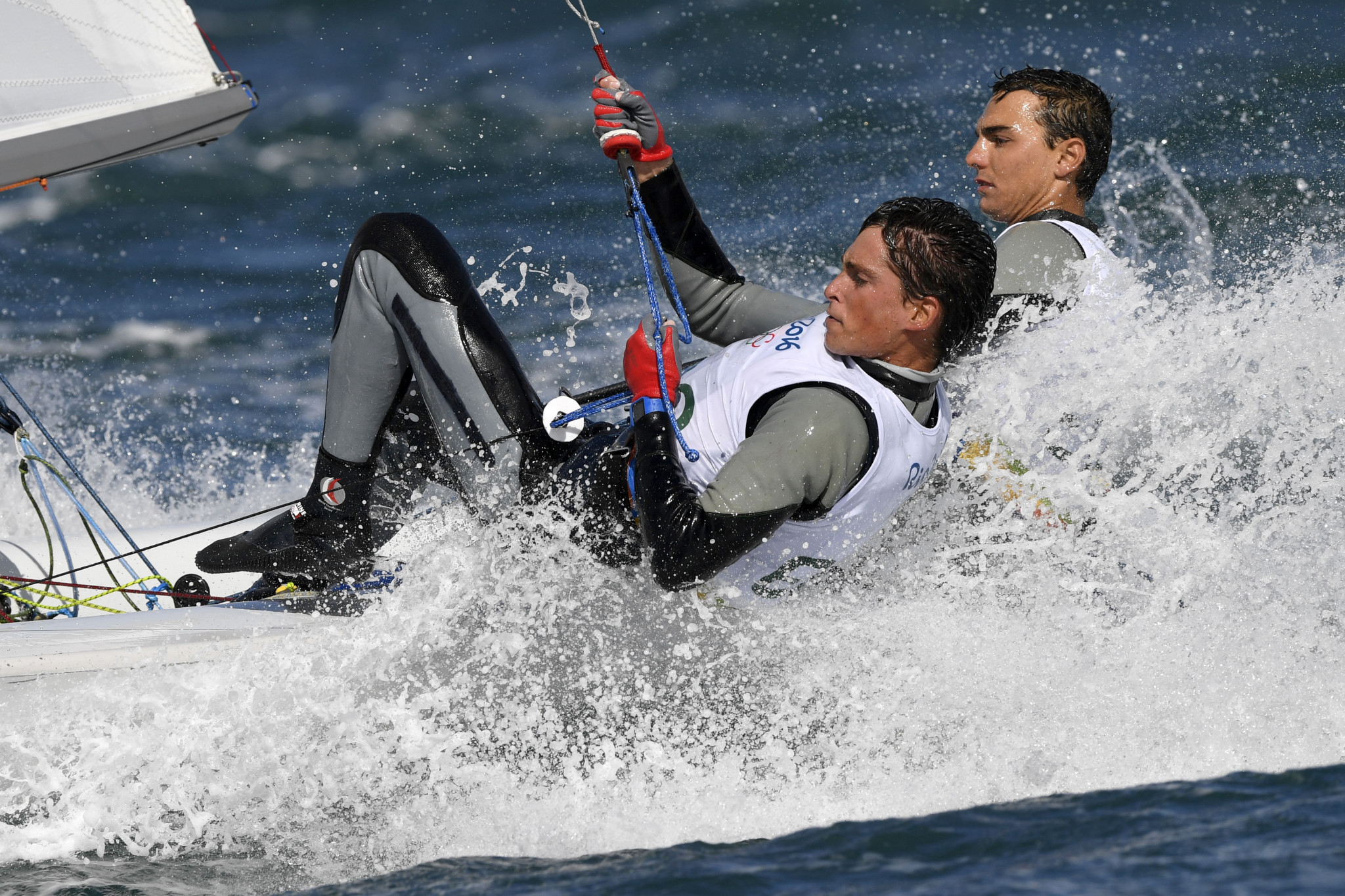 Spanish duo Jordi Xammar and Nicolás Rodríguez and British pair Hannah Mills and Eilidh McIntyre lead the respective men’s and women’s standings after a day of racing at the 470 World Championships on Enoshima Bay in Japan that saw the top-10 medal race line-ups decided and Tokyo 2020 nation qualification spots earned.

That came courtesy of the performances of third-ranked Greeks Panagiotis Mantis and Pavlos Kagialis, 11th-ranked Russians Pavel Sozykin and Denis Gribanov, 12th-ranked Chinese Xu Zangjun and Wang Chao, and 13th-ranked Turks Deniz Çınar and Ateş Çınar after a total of 11 races on the Sagami course at the venue being used for Tokyo 2020.

The awarding of the nation qualification berths is subject to final notification from World Sailing, after the event, to the relevant Member National Authority or National Olympic Committee.

The Spaniards sit on 23 points having put two wins and a fourth-place finish on the board today.

Aforementioned Greeks Mantis and Kagialis are 25 points off the lead in third.

In the women's event, Mills and McIntyre ended the day as the frontrunners on 48 points after following up a 16th-place finish in today's first race with back-to-back fourth-place finishes.

Defending world champions and home favourites Ai Kondo Yoshida and Miho Yoshioka have reduced the gap from five points to one having ranked 12th, fifth and third.

Rounding off the top three, as things stand, are France's Camille Lecointre and Aloïse Retornaz with 64 points.

A full list of results can be viewed by clicking here.