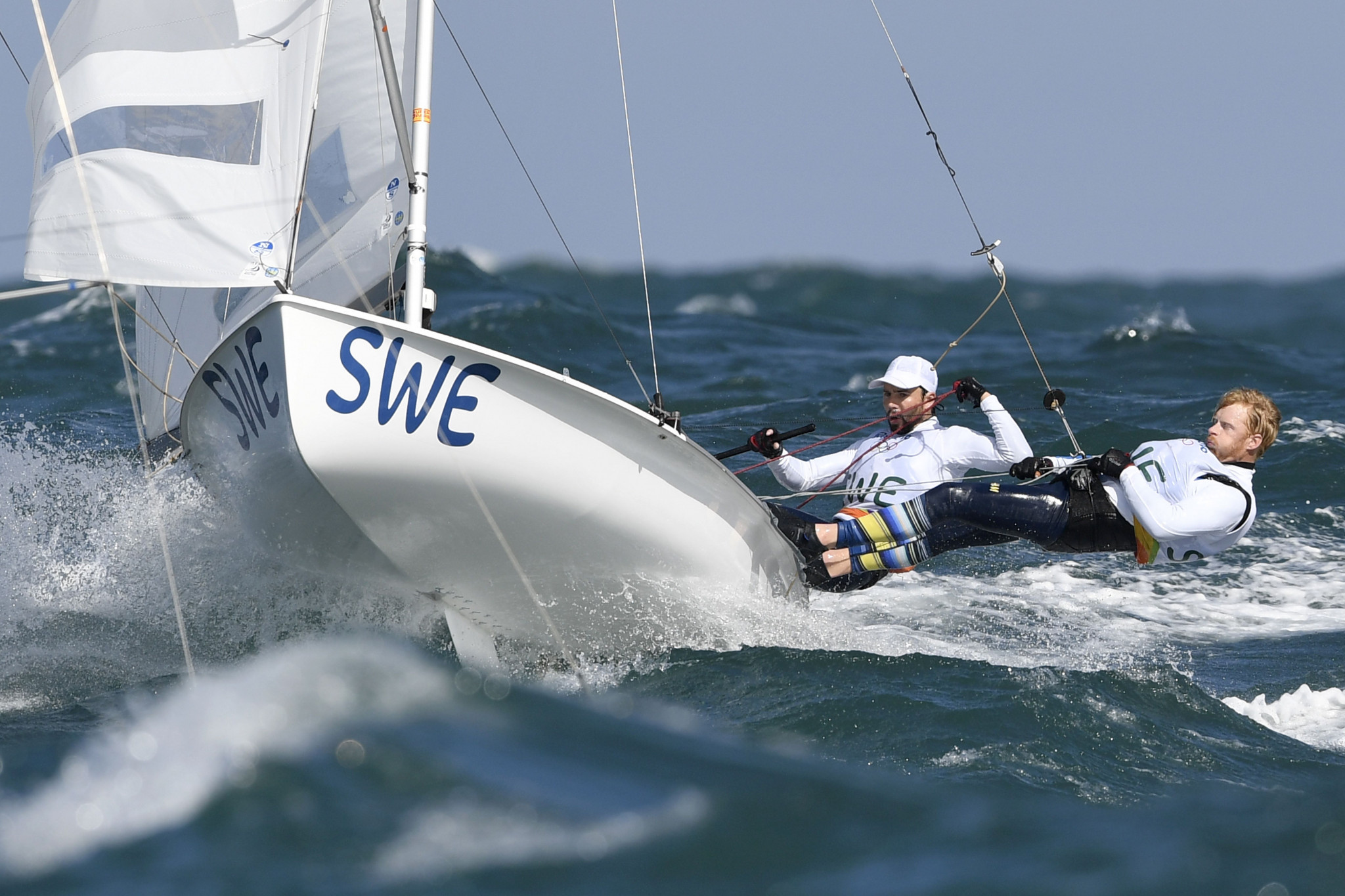 Sweden’s Anton Dahlberg Dahlberg and Fredrik Bergström hold the overall lead in the men’s event after the first day of racing at the 470 World Championships on Enoshima Bay in Japan.

After the abandonment of yesterday’s action due to lack of wind, the duo registered third and second-place finishes in the 52-boat fleet on the Sagami race course.

The event is offering four men’s nation qualification berths for the 2020 Olympic Games in Tokyo, which is located around 60 kilometres north of Enoshima.

Dahlberg and Bergström sit on five points and are three clear of nearest challengers Balázs Gyapjas and Zsombor Gyapjas of Hungary.

The Gyapjas brothers ranked seventh in today’s first race before claiming only their second-ever career win at World Championship level.

Home favourites Keiju Okada and Jumpei Hokazono are in third spot on an eight-point tiebreak with the Hungarians, following first and seventh-place finishes

The teams in fourth and fifth, France’s Hippolyte Machetti and Sidoine Dantès and Australia’s Mathew Belcher and Will Ryan respectively, also lie on eight points, but the scoring gives the advantage to the teams holding the race wins.

Fahrni and Siegenthaler, who are attempting to ensure a second Olympic appearance, launched their assault to seal one of the six women’s nation qualification places with two sixth-place finishes.

The fleets headed out today after a one-hour postponement ashore, with a total of 182 athletes from 29 nations competing.

Action is due to resume tomorrow with three races scheduled for the men's and women's fleets.