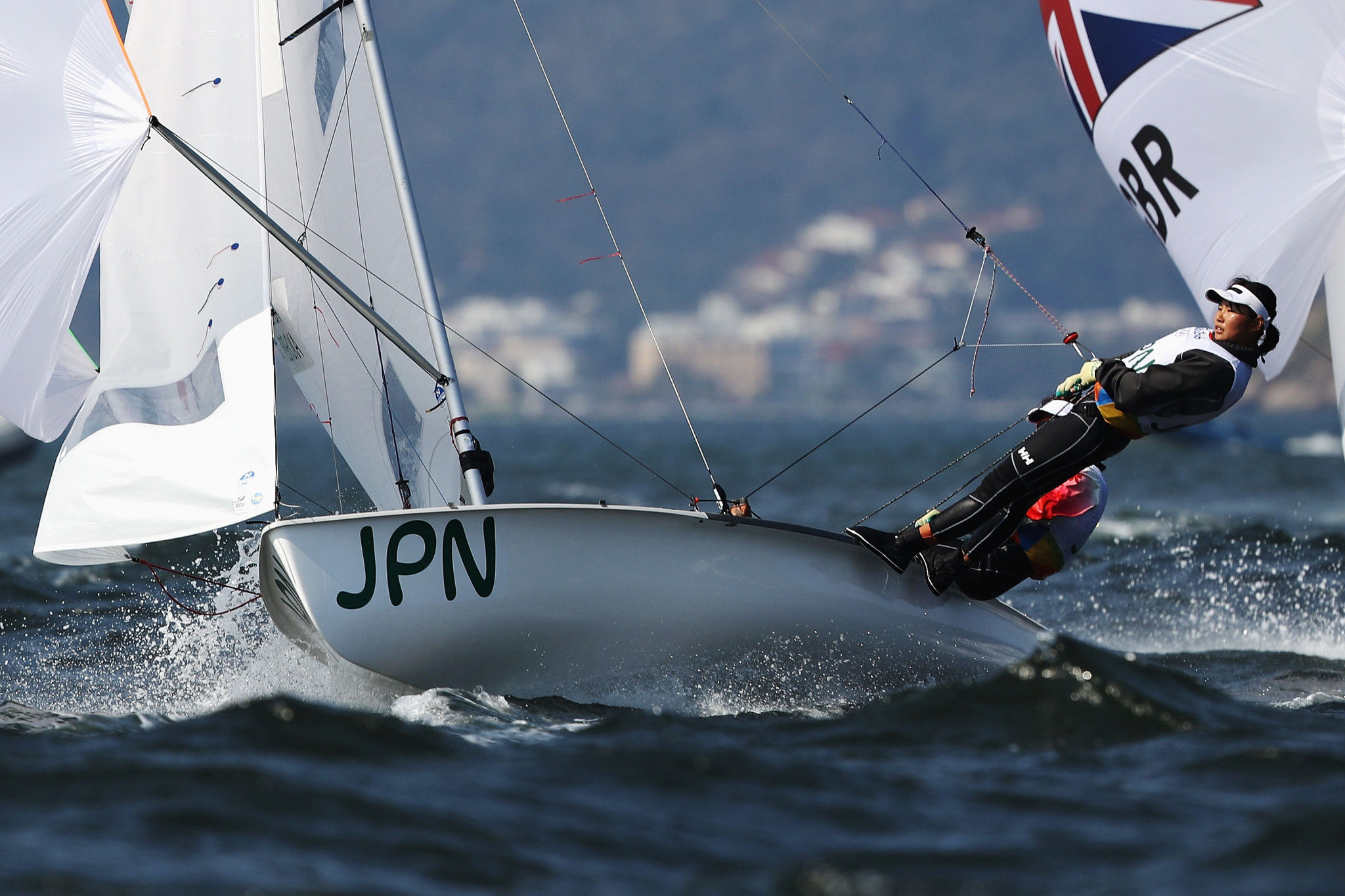 Home favourites and defending champions Ai Kondo Yoshida and Miho Yoshioka are leading the women’s event standings after day two of racing at the 470 World Championships on Enoshima Bay in Japan.

The duo took their first win of the series in the second of today’s three races on their way to establishing a one-point advantage over nearest challengers Agnieszka Skrzypulec and Jolanta Ogar of Poland at the Tokyo 2020 sailing venue.

Their victory was sandwiched in between third and 15th-place finishes, with the latter currently discarded.

Kondo Yoshida and Yoshioka sit on 16 points, while Skrzypulec and Ogar have 17 to their name.

Third place is occupied by the British pairing of Rio 2016 Olympic champion Hannah Mills and Eilidh McIntyre, who registered one first-place finish and two ninth-place finishes to end the day on 20 points.

The event is offering six women’s nation qualification berths for the 2020 Olympic Games in Tokyo, which is located around 60 kilometres north of Enoshima.

In the men’s event, the new leaders are Spain’s Jordi Xammar and Nicolás Rodríguez after they won each of the three races on the Sagami course today.

They have eight points, with multiple world champions Mathew Belcher and Will Ryan of Australia second on nine and Italy’s Giacomo Ferrari and Giulio Calabrò third on 10.

Today marked the end of the men’s qualification series with the field being split into gold and silver fleets from tomorrow.

The gold fleet features the nine countries fighting for one of only four men's nation qualification places for Tokyo 2020 up for grabs at the event.

Racing is due to continue tomorrow with three races scheduled for the men's and women's fleets.