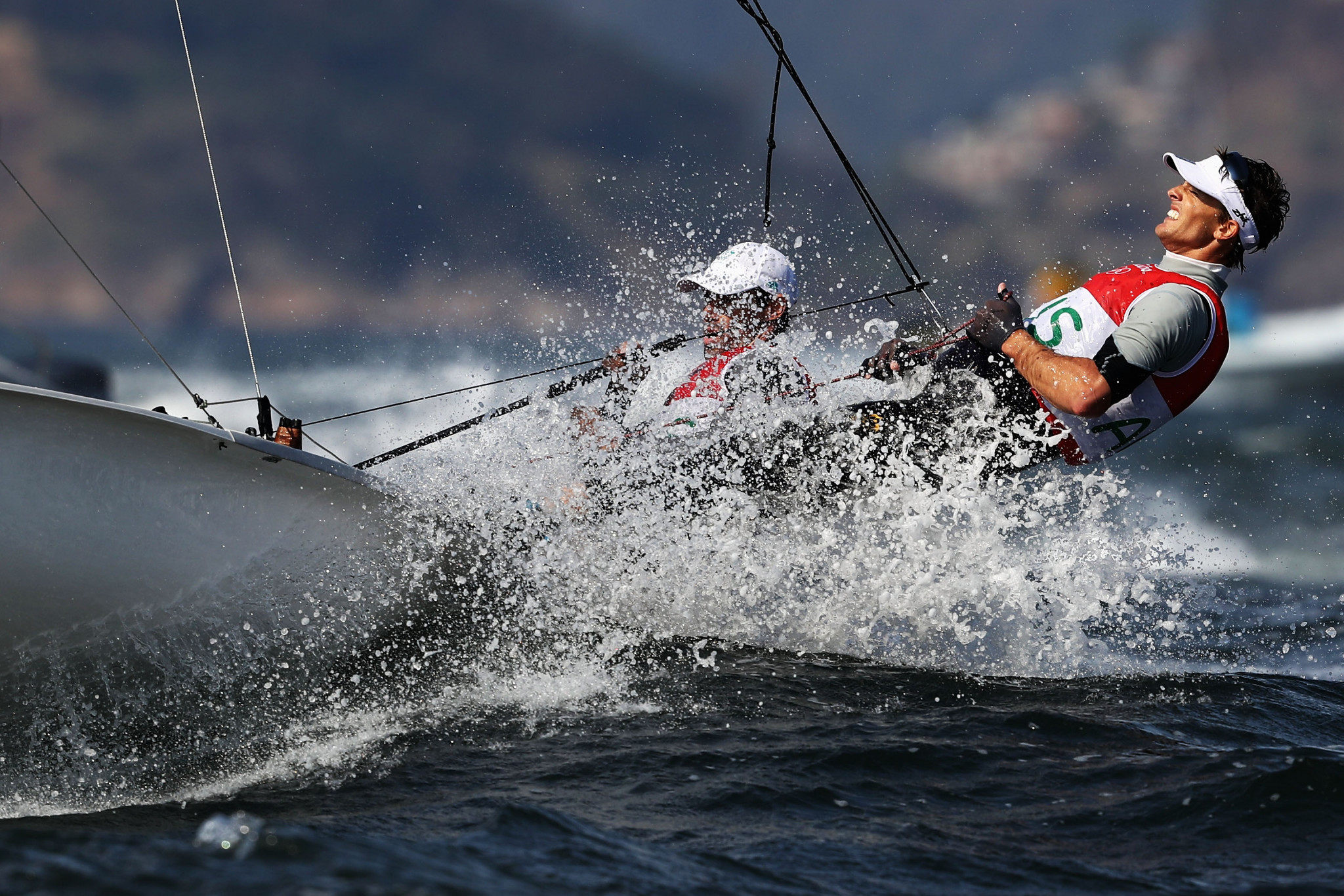 Australian pairing Mathew Belcher and Will Ryan and British duo Hannah Mills and Eilidh McIntyre took the lead in the men’s and women’s events as the 470 World Championships continued today on Enoshima Bay in Japan.

Multiple world champions Belcher and Ryan managed two runners-up finishes and one third-place finish in today’s three races on the Sagami course at the venue being used for next year's Olympic Games in Tokyo.

It moves them onto 16 points, one ahead of overnight leaders Jordi Xammar and Nicolás Rodríguez of Spain.

Xammar and Rodríguez won races six and eight with a seventh-place finish sandwiched in between.

Dahlberg and Bergström's ninth-place finish is currently discarded and there is a 10-point margin between them and fourth-placed defending world champions Kevin Peponnet and Jérémie Mion of France.

Further back from the frontrunners, the teams representing nations still to qualify for one of the four places for Tokyo 2020 on offer at the event were jostling for track position.

Mills and McIntyre won races six and eight today, either side of a second-place finish in race seven.

Five points behind them on 29 are Kondo Yoshida and Yoshioka, who started with a 10th-place finish before coming first and second in races seven and eight respectively.

A stunning performance from Italy’s Elena Berta and Bianca Caruso saw them move up to from seventh place to third overall on 51 points.

Three more races are scheduled for all fleets tomorrow.

They will determine the top-10 medal race line-up for Friday (August 9) and the all-critical nation qualification for Tokyo 2020.