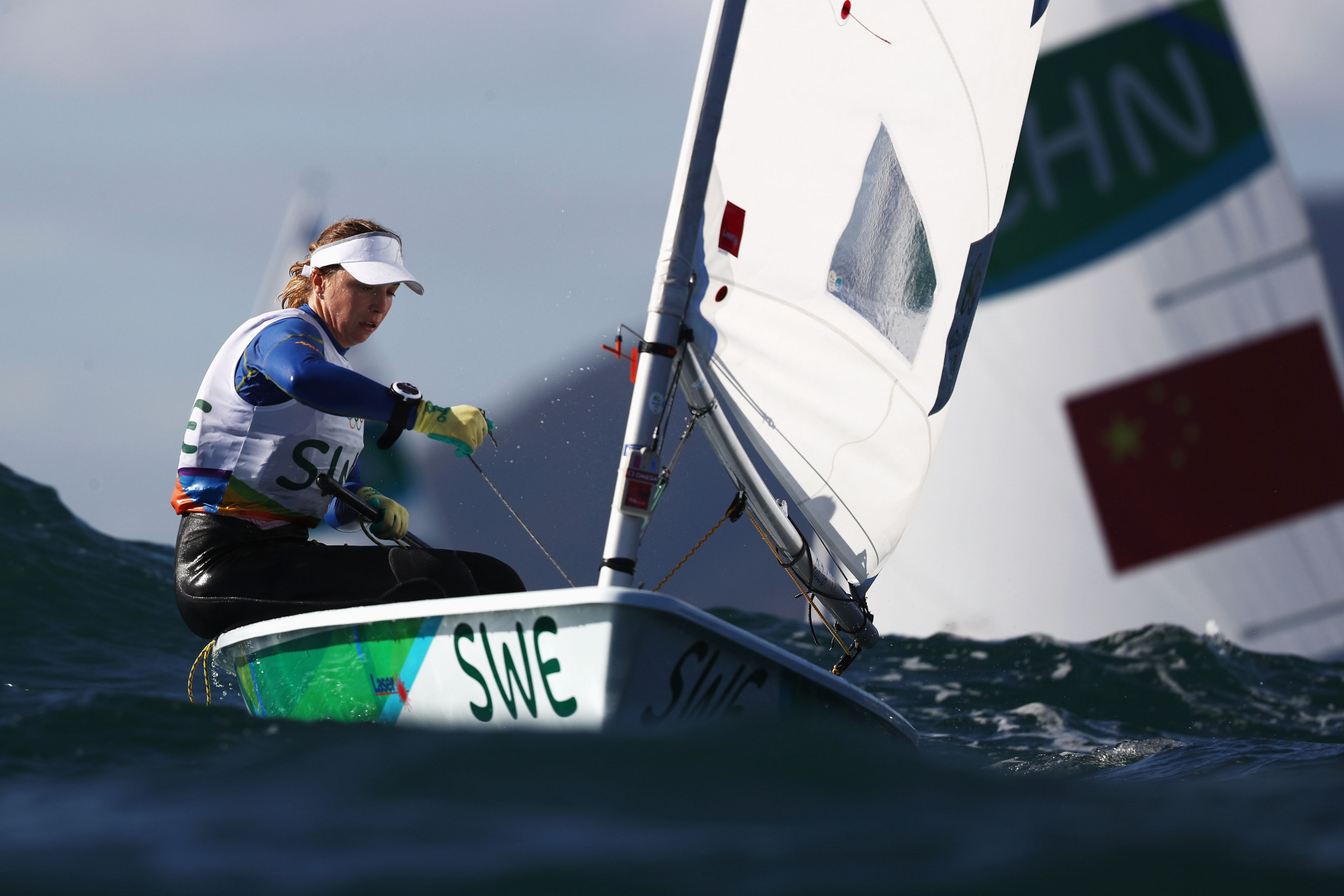 The Swede followed up yesterday’s win in her first qualification flight race with a runner-up finish in Miho Bay in Sakaiminato today.

It was the day’s only action, with low breeze resulting in a planned second race being shelved.

Three races could take place tomorrow, depending on conditions.

Denmark’s Anne-Marie Rindom, who also won yesterday and leads the world rankings, suffered a disqualification today which relegated her to 59th overall.

Just behind Olsson in second is France’s Marie Bolou, with Line Flem Høst of Norway third.

Paige Railey of the United States is fourth and Britain’s Georgina Povall rounds off the top five.

The defending champion, Belgium's Emma Plasschaert, climbed the leaderboard to 27th but still has plenty of work to do.

Rio 2016 gold medallist Marit Bouwmeester of the Netherlands is 10th.