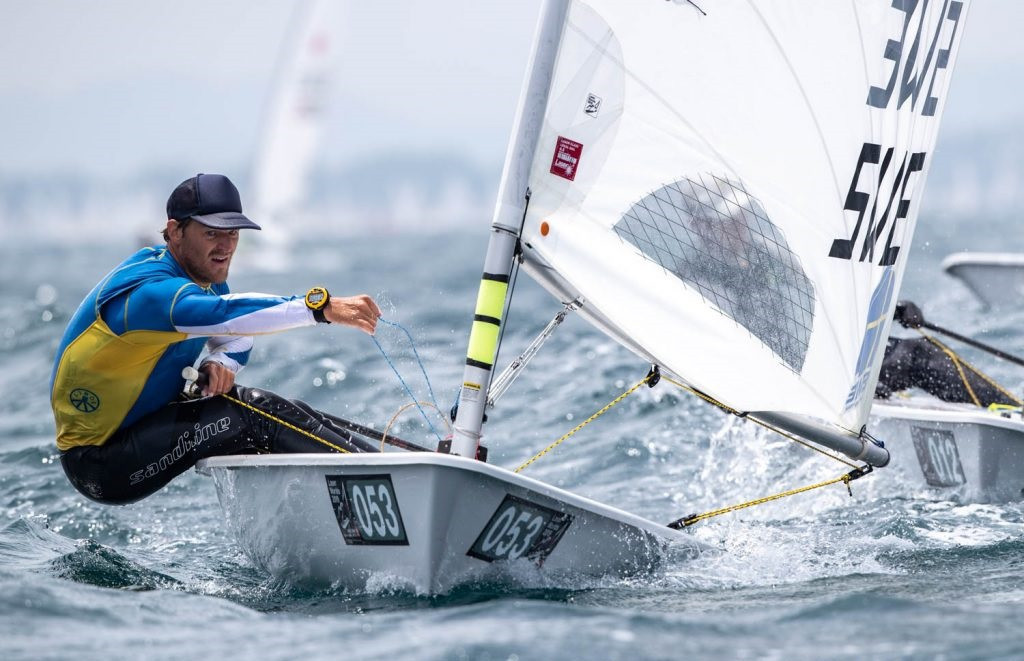 There are just five points between the trio and Russia’s Sergei Komissarov down in 10th place.

Three fleets completed two qualifying series races in north winds of 15 knots that tested both the sailors' hiking stamina and their wave-riding skills in the open waters of Miho Bay off Japan’s west coast.

Stålheim claimed third and first-place finishes in the yellow fleet.

In the first race, he finished behind winner Michael Beckett of Britain and runner-up Sam Meech of New Zealand.

The second race saw Stålheim triumph ahead of Meech and Komissarov in second and third, respectively.

Gautrey managed third and seventh-place finishes in the blue fleet.

The New Zealander slipped by Elliot Hanson at the final mark with the Briton surprisingly capsizing.

He was unable to make the podium in the second race, however, with Ha triumphing ahead of Belgium’s William De Smet and Brazil’s Robert Scheidt.

The first race in the red fleet ended with Bernaz down in seventh place as Croatia’s Tonči Stipanović, Germany’s Philipp Buhl and Australia’s Matthew Wearn made up the top three in that order.

Wearn found his groove in the day’s final race, prevailing in a close battle with Bernaz to take top spot.

Bernaz and Wearn were neck and neck down the final run, but the latter ultimately got the better position at the bottom mark to secure victory.

In third was Norway’s Hermann Tomasgaard.

The qualifying series is due to continue tomorrow with two races scheduled to determine the gold, silver and bronze fleets that will sail in six finals series races to determine the world champion.

Five places at the Tokyo 2020 Olympic Games are available at the event.